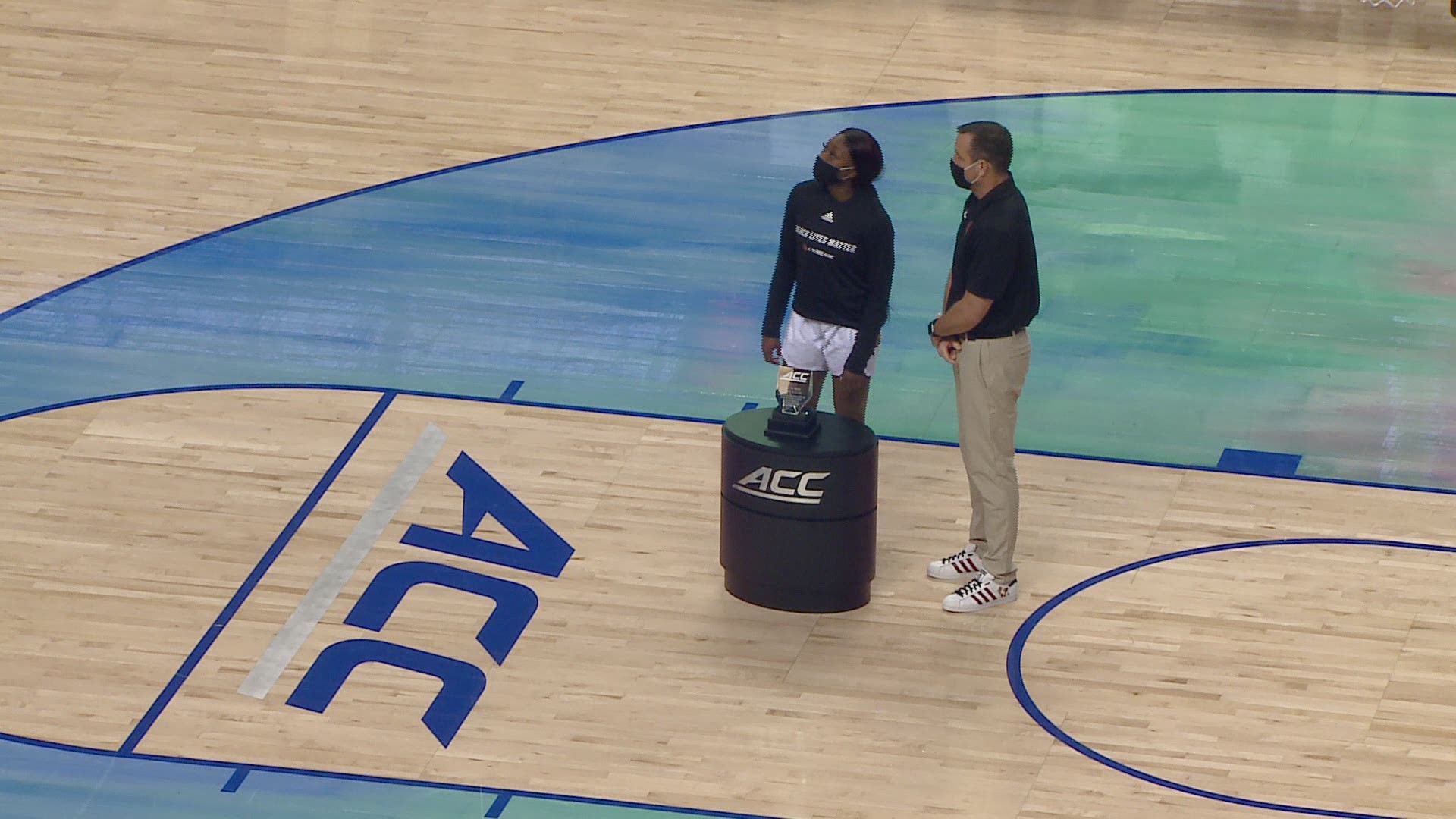 Despite being one of the top teams in the country, the Cardinals didn’t have much tournament experience. Only the All-American Evans and Mykasa Robinson had played in the NCAAs in a Louisville uniform before Monday.

It showed early on as the team missed eight of its first nine shots, including some layups. Marist took advantage and built a 21-12 early in the second quarter.

Then the Cardinals (24-3) finally settled down, going on a 17-3 run to close out the half as their full-court pressure started to bother the Red Foxes.

Louisville took its first lead of the game on Robinson’s three-point play that made it 26-23. Van Lith followed with her own basket and foul shot — letting out a scream in celebration as the ball went through the basket. The Cardinals led 29-24 at the half.

Marist (18-4) cut it to 31-28 early in the third before Louisville went on a 22-1 run. Ahlana Smith had seven straight points during that spurt all coming off Red Foxes turnovers. Marist didn’t have a field goal for the final 8:19 of the quarter.

The Red Foxes finally ended the drought 45 seconds into the fourth quarter, but trailed by 22 at that point.

Marist was making its first appearance in the NCAA Tournament since 2014. The Red Foxes have had success as a lower-seeded team in the past, advancing to the Sweet 16 in 2007 before falling to Tennessee. They also won their first-round games in 2011 and 2012, beating Iowa State and Georgia.

Louisville improved to 12-0 all-time in first-round games under coach Jeff Walz. He was credited with the win in 2019 despite missing the game while serving a one-game suspension from the NCAA for comments he made after a 2018 Final Four loss.

Louisville will play Northwestern in the second round.