No current administrators, coaches, or players are involved in the allegations. 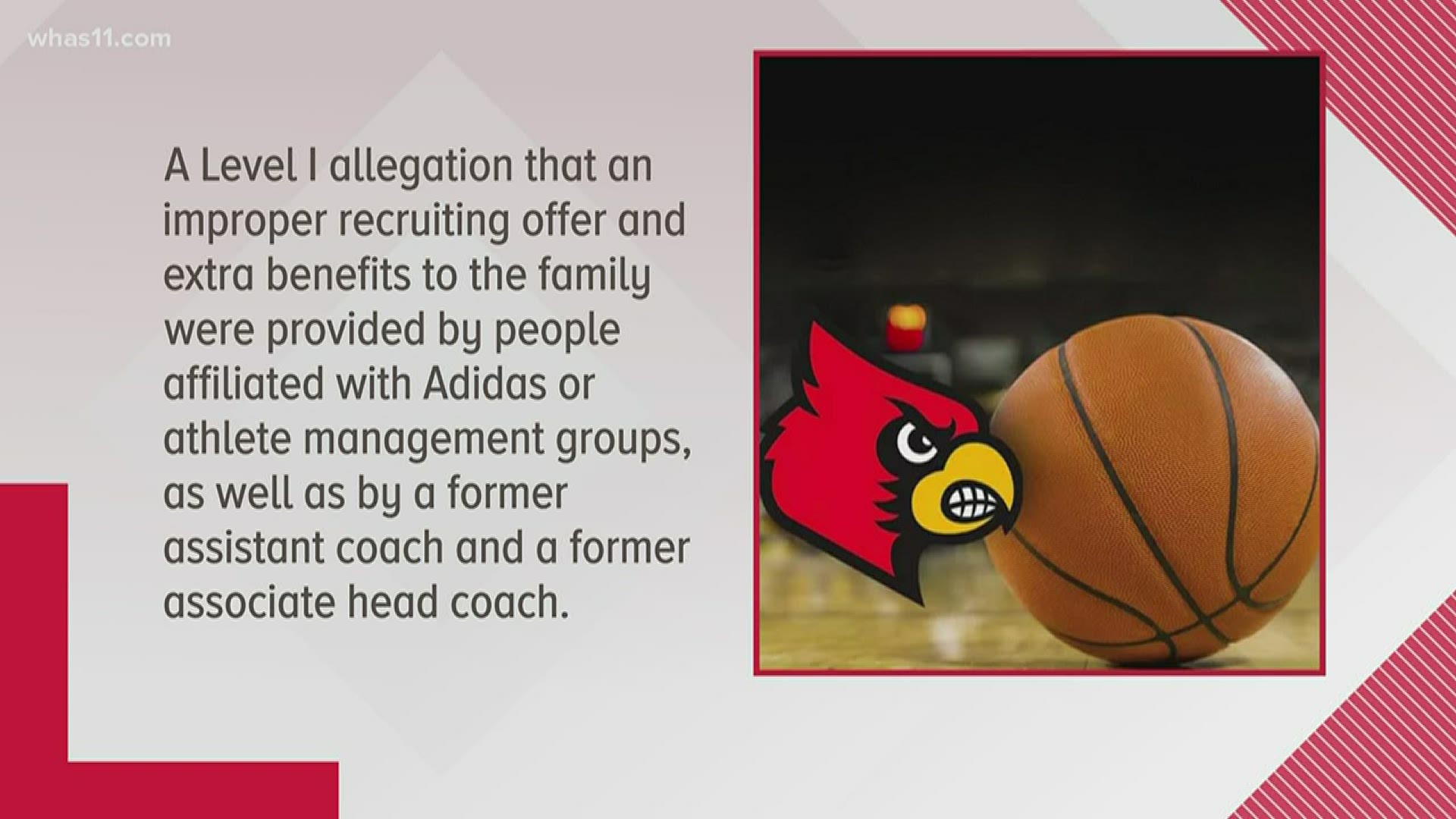 Editor's note: Video attached is from May 4, 2020 after UofL was notified by the NCAA.

The University of Louisville confirmed it May it had received a notice of allegations from the NCAA regarding the men's basketball program.

Monday the University confirmed it had sent a formal response to the NCAA. According to a statement from UofL, the university's response challenges most of the allegations which date back to 2016. School leaders said over the past three years, they have taken extensive corrective measures in response to the federal indictment.

Other allegations include an improper recruiting offer and "extra benefits" to the family of an enrolled student-athlete provided by people connected to UofL through Adidas, as well as a former assistant and head coach during the 2016-17 and 2017-18 seasons.

The NCAA also alleges the university did not adequately monitor recruitment and Pitino failed to promote an atmosphere of compliance. No current administrators, coaches, or players are involved in the allegations.

“Last week, the University of Louisville submitted its formal response to the Notice of Allegations issued by the NCAA to the institution on May 4, 2020. As indicated it might in its previous message on this matter, the University’s Response challenges most of the allegations—which date back to 2016—that it believes are not supported by the facts or by NCAA bylaws. Over the past three years, the University of Louisville initiated multiple and extensive corrective measures in response to the federal indictment which served as the genesis of the NCAA’s case, beyond those of any other university. UofL has unilaterally undertaken several significant actions to ensure all who are involved in Cardinal Athletics fully support a culture of compliance. The University looks forward to the resolution of this matter.”

While no Louisville players or coaches were indicted in the investigation, Bowen's father did testify that a Louisville coach gave him money for rent to stay at the Galt House Hotel.

In May after being notified by the NCAA, UofL President Neeli Bendapudi said the school "will not hesitate to push back," if necessary, and will fully participate in the infractions process.

The NCAA previously vacated 123 wins from the program, including the 2013 national championship, after a 2015 scandal involving the former director of basketball operations Andre McGee providing strippers to players and recruits.

You can read the allegations in full here.