The Knights will compete in Division II for one more season before making the jump to Division I athletics. 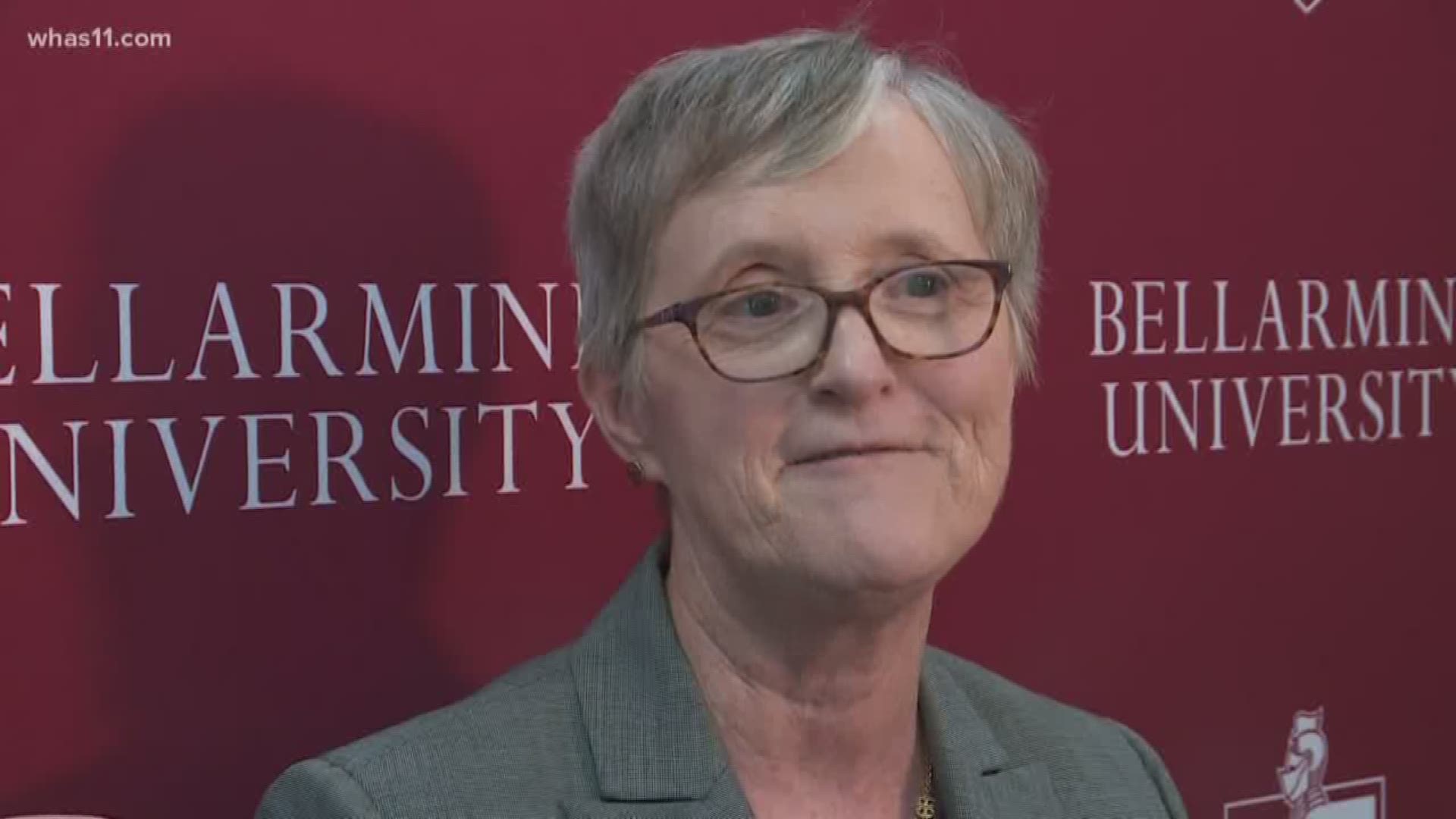 LOUISVILLE, Ky. — After months of talks, Bellarmine University has announced a major change for its athletic program Tuesday.

The Knights will compete in Division II for one more season before making the jump to Division I athletics, transitioning into the Atlantic Sun Conference with schools like Liberty, Lipscomb and Florida Gulf Coast University.

"This move gives us the opportunity to compete against the best rivals in college sports, and it allows us to share the Bellarmine story with a larger audience than ever before," President Susan Donovan said.

She said the decision to change divisions was not taken lightly and looked at other schools who had made the move before.

The majority of that growth they saw, for comparable schools, was in non-student athletes.

Athletic Director Scott Wiegandt said the move to the ASUN will draw more regional and national attention to the school, as games will air on ESPN+. Wiegandt also said the transition will include plans to upgrade facilities.

“While our facilities generally meet D1 standards, we're planning some upgrades that will enhance the experience for our student-athletes, our opponents and our fans," Wiegandt said.

The switch to D1 will include a four-year transitional period before teams are eligible for postseason play. Bellarmine most recently won the NCAA Men's Division II Basketball Championship in 2011, and has been a force in Division II men's basketball for the past decade.

Former Knight Forrest Smallwood went to two Division I schools before coming to Bellarmine, and said he was not worried about how his alma mater would fit into D1.

"Bellarmine has the culture, it's got the community.," Smallwood said. "They treat their players, they treat all their coaches and staff like a D1 would, so I think the best advice that I could probably give is pack the house."

Smallwood said that while the transition may take some time, he believes his former team will succeed.

"We're going to have a great team, a great program," Smallwood said. "It's going to take some time to get to that level where we're competing and getting to the tournament, but you don't want to be a bandwagon fan so jump on now."

The majority of Bellarmine sports will move to the ASUN Conference, with the exception of men's lacrosse, men's and women's swimming, field hockey and wrestling.

Mayor Greg Fischer said, "This is a very Ali like move that Bellarmine is making here. Going big…taking on greater challenges that is the pedigree of our city.”

Donovan said they will be the only private D1 school in Kentucky and one of a few D1 Catholic universities in the south.