Each guest will get to take a part of history home with them as they will receive an exclusive Tim Duncan Hall of Fame mini-basketball and poster. 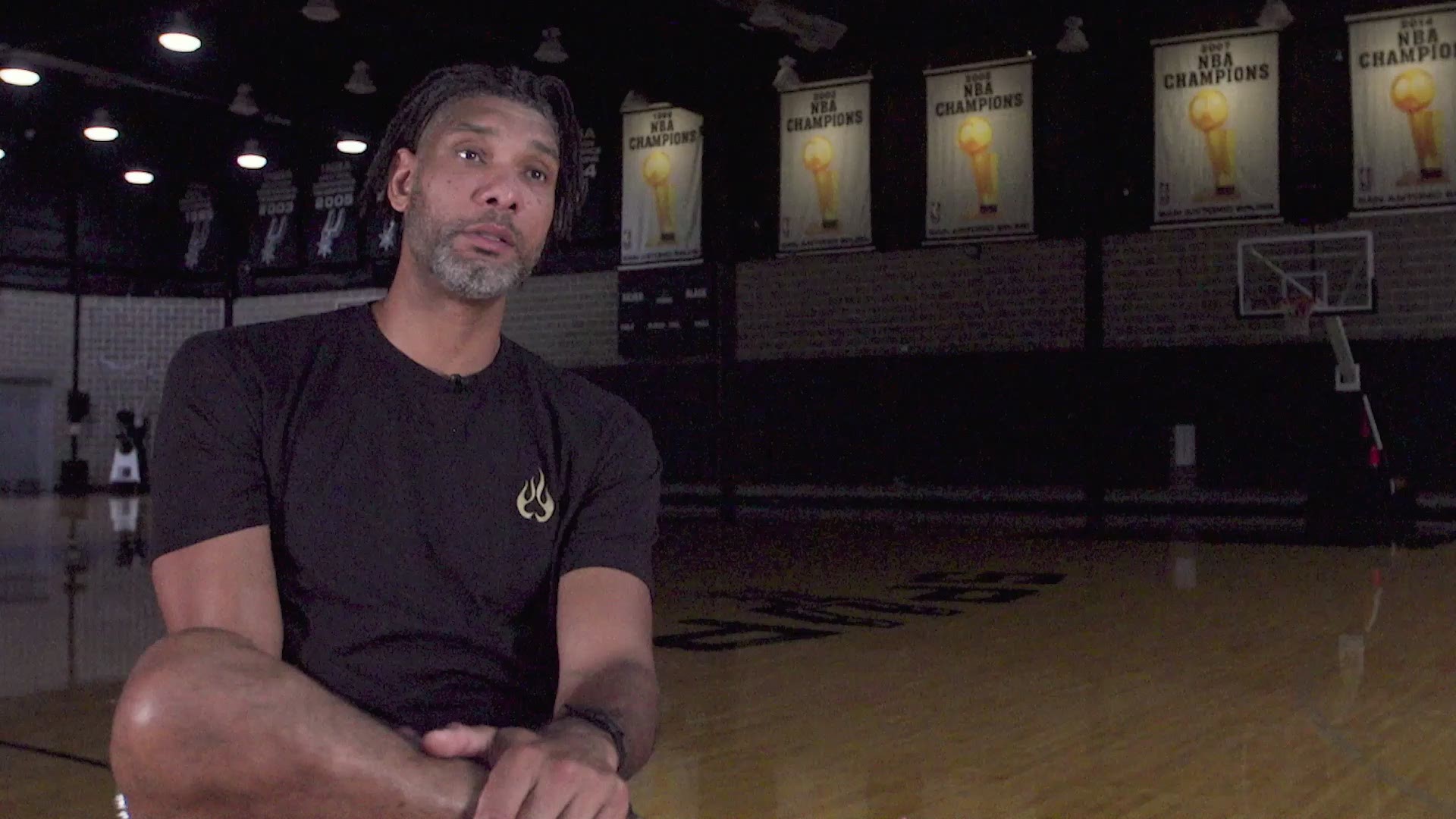 SAN ANTONIO — We're learning more about how the San Antonio Spurs plan to honor Tim Duncan's induction into the Hall of Fame. According to a news release, Duncan will be in Connecticut for the ceremony on Saturday.

That's when the Spurs will host the Phoenix Suns at the AT&T Center at 1 p.m. Here's what the release said fans can expect:

"Fans in attendance will see some of Duncan’s best career moments and highlights all throughout the game. Each guest will get to take a part of history home with them as they will receive an exclusive Tim Duncan Hall of Fame mini-basketball and poster. At halftime, artist David Garibaldi will speed-paint a special Duncan portrait to be auctioned off next week with proceeds benefiting the San Antonio Food Bank."

Spurs legend Sean Elliott will host a special ceremony after the game honoring Duncan. It will be broadcast and streamed live on Bally Sports Southwest.

Come enjoy memorabilia from championship to MVP trophies, artwork and so much more! Fans are encouraged to bring goods to donate to the @safoodbank on behalf of TD 🙏 pic.twitter.com/RXpIfkWkOw

The unveiling of Duncan’s jersey banner in the rafters now featuring of the words “Hall of Fame” will cap off the ceremony. Duncan will become only the third Spurs player to have this honor.

Austin-area fans are invited to an ATX watch party at the Fairmont Hotel. Spurs legend Fabricio Oberto will make a VIP appearance at the watch party, mingle with guests and do a halftime interview with the event’s host. He's expected to answer questions about what it was like to play alongside Duncan.

Fans can take photos with images of some of Duncan’s biggest accomplishments from throughout his Hall of Fame career. Members of the Hype Squad will also be in attendance with giveaways.

Tim Duncan Hall of Fame merchandise and Austin Spurs newest Fiesta inspired gear, along with food and beverage items, will be available for purchase.