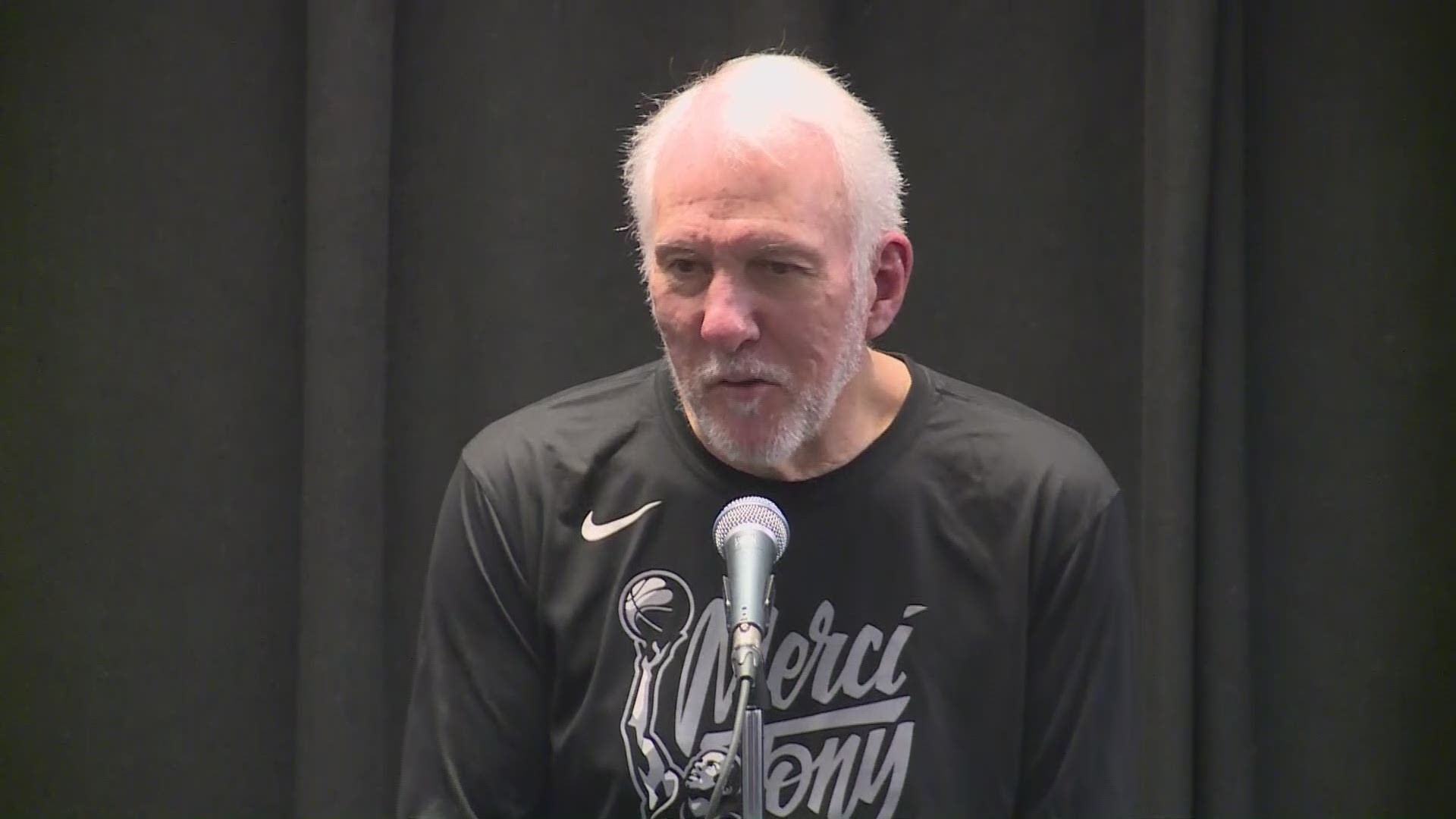 Before the coronavirus pandemic turned the world on its head, there was speculation in some quarters that Gregg Popovich would resign as the Spurs' coach after coaching Team USA in the 2020 Summer Olympics.

With the Spurs coming off their worst season in 23 years, the thinking went, why would Popovich return to a team that would be nowhere close to being a title contender.

Then there is his age. At 71, Popovich is the oldest active NBA coach. Coaching the United States to an Olympic gold medal in Tokyo this summer would be a perfect way to cap a stellar career.

Popovich could ride into the sunset, enjoying life away from the NBA grind as he waited for his selection into the Naismith Memorial Basketball Hall of Fame.

But then the outbreak of the deadly coronavirus changed everything. The NBA suspended its season two weeks ago and all other North American professional leagues followed suit.

With the United States firmly in the grip of the illness, there's no telling when the NBA season will resume. Nobody knows.

And depending on when the shots start going up again, it's uncertain whether the league will pick up where it left off or go with the top eight teams in each conference and start the playoffs.

The Spurs (27-36) trailed the Memphis Grizzlies by four games for the eighth and final playoff spot in the Western Conference when play was halted. San Antonio was 12th in the West standings with 19 games left on its schedule.

The Silver and Black have made the playoffs an NBA-record-tying 22 consecutive seasons, all under Popovich, who has led the franchise to all five of its NBA titles.

With the Summer Olympics pushed back to 2021, will Popovich return for his 25th season as Spurs coach or will he walk away? A lot could depend on when the NBA starts playing games again this spring or summer.

Jerry Colangelo, managing director of USA Basketball, left no doubt when he met with reporters Tuesday that he and Popovich remain committed to Team USA in 2021.

“The commitments everyone made for 2020 are still there; we’re all-in and we’re committed,” Colangelo said in a story by Brian Windhorst's of ESPN. “It’s important to deal with the unknowns and this virus. This too shall pass, and we’ll be back for everyone’s well-being.”

USA Basketball last month named 44 finalists, including Spurs LaMarcus Aldridge, DeMar DeRozan and Derrick White, for Team USA's next Olympic team. The availability of NBA players will depend largely on what the NBA calendar looks like after the pandemic.

Because of the hiatus caused by the coronavirus, this year's Summer Games probably would have conflicted with a revised late-summer NBA schedule. The Olympics were scheduled for July 24 through Aug. 9 this summer.

Thomas Bach, president of the International Olympic Committee, and Japan Prime Minister Shinzo Abe talked about the possibility during Tuesday's postponement announcement of moving next year's Olympics to earlier in the summer. Such a move would have ramifications, possibly putting the 2021 Summer Games in conflict with the NBA Finals.

“We will follow the leader," Colangelo said in Windhorst's story. "We have to wait to see how everything is laid out and we’ll make the adjustment. Our players are NBA players first, let’s face that.”

Depending on the NBA calendar, Popovich probably will return for another season with the Spurs. But with everything in a state of flux, nobody knows what the world, including sports, will look like after the pandemic.

Until then, all fans can do is speculate and hope for the best.

RELATED: 10 great Olympics moments to tide you over until the Games in 2021