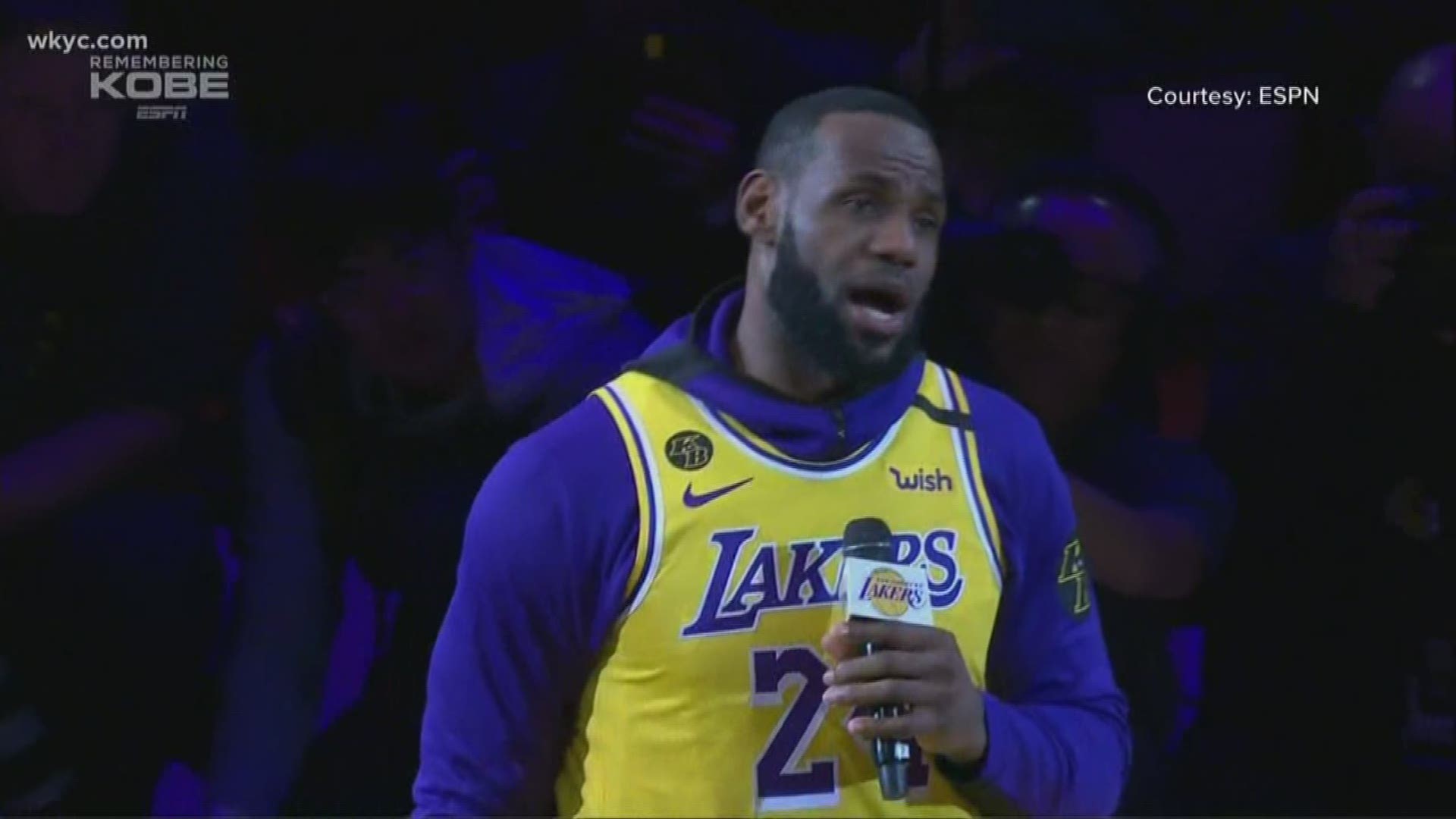 The Lakers matchup against the Portland Trail Blazers is Los Angeles' first game since the death of Bryant, his daughter and seven other people in a helicopter crash on Sunday.

The pregame ceremony featured a performance of 'Amazing Grace' by Usher, the national anthem by Boyz II Men, and a video tribute to Bryant.

Then it was LeBron's turn to take the microphone.

The four-time MVP, now in his second year as a member of the Lakers, decided to discard the prepared text he had written down.

"Laker Nation, I'll be selling you all short if I read off this shit, so I'm going to go straight from the heart," the Akron native said. And so he did.

"I know at some point we will have a memorial for Kobe, but I look at this as a celebration tonight. This is a celebration of the 20 years of blood, sweat, tears, broken down body, the countless hours the determination to be as great as he could be. Tonight we celebrate the kid that came here at 18 years of age, retired at 38, and became probably the best dad we've seen over the last three years," LeBron said, fighting through the tears.

At the end of the speech, James said "In the words of Kobe Bryant, Mamba out. But in the words of us, not forgotten. Live on brother."

Before the pregame ceremony, James unveiled his new 'Mamba 4 Life' tattoo that he had made this week.

1 / 14
AP
The jerseys of late Los Angeles Laker Kobe Bryant, right, and his daughter Gianna are draped on the seats the two last sat on at Staples Center, prior to the Lakers' NBA basketball game against the Portland Trail Blazers in Los Angeles, Friday, Jan. 31, 2020. The last game two attended was on Dec. 29, 2019 when the Lakers faced the Dallas Mavericks. (AP Photo/Kelvin Kuo)