According to his agency, LeBron James is leaving the Cleveland Cavaliers to sign a 4-year deal with the Los Angeles Lakers. 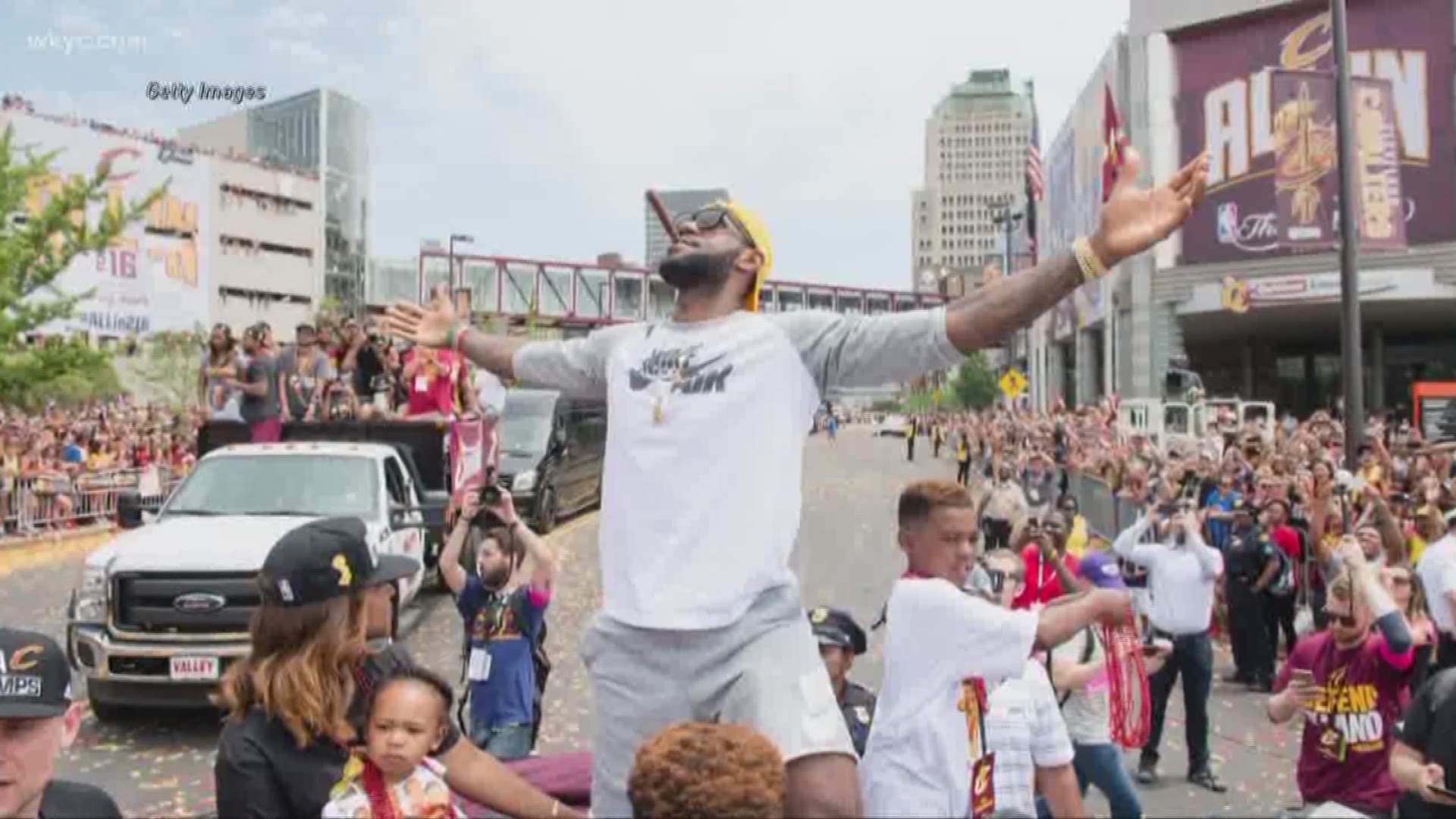 CLEVELAND – LeBron James is taking his talents to Hollywood.

After nearly a year’s worth of speculation, the 4-time MVP is once again leaving Cleveland, this time to sign a free agent contract with the Los Angeles Lakers. His sports agency, Klutch Sports, made the announcement on Sunday evening.

In the year leading up to James’ highly anticipated free agency, the Lakers had been touted as one of his most likely destinations. James owns multiple homes in the Los Angeles area – where he has often spent his offseasons -- and has made it clear that his family would play a key role in his free agency decision.

"The one thing that I've always done is considered, obviously, my family," James said when asked about his upcoming free agency following the Cleveland Cavaliers' season-ending loss to the Golden State Warriors in Game 4 of the NBA Finals. "Understanding especially where my boys are at this point in their age. They were a lot younger the last time I made a decision like this four years ago. I've got a teenage boy, a pre-teen and a little girl that wasn't around as well.

"So sitting down and considering everything, my family is a huge part of whatever I'll decide to do in my career, and it will continue to be that."

With James’ decision to leave Cleveland – just as he did eight years ago when he joined the Miami Heat – the Cavs say goodbye to their all-time leader in several statistical categories, including points, rebounds, assists, steals, games and minutes played. In the four seasons that comprised James’ second stint with the team that drafted him in 2003, the Akron native led the Cavs to four straight NBA Finals appearances. Beating the Warriors in seven games in 2016, James earned NBA Finals MVP honors as Cleveland won its first major sports championship in 52 years.

While the loss of James undoubtedly marks the end of an era in Cavs history, the team has already begun preparing for the future. With the No. 8 overall pick in the NBA Draft, Cleveland selected 19-year-old Alabama point guard Collin Sexton, who now becomes an even more prominent focal point for the Cavs’ franchise moving forward.

James, meanwhile, moves on to Los Angeles, where he could eventually form the NBA’s latest ‘super team.’ And while any newfound version of the Lakers will still have work to do to close the gap on Golden State, James has already made it clear he isn’t done competing for championships just yet.