On Tuesday, we asked you to vote on the players who should comprise the Cleveland Cavaliers' All-Decade Team for the 2010s. 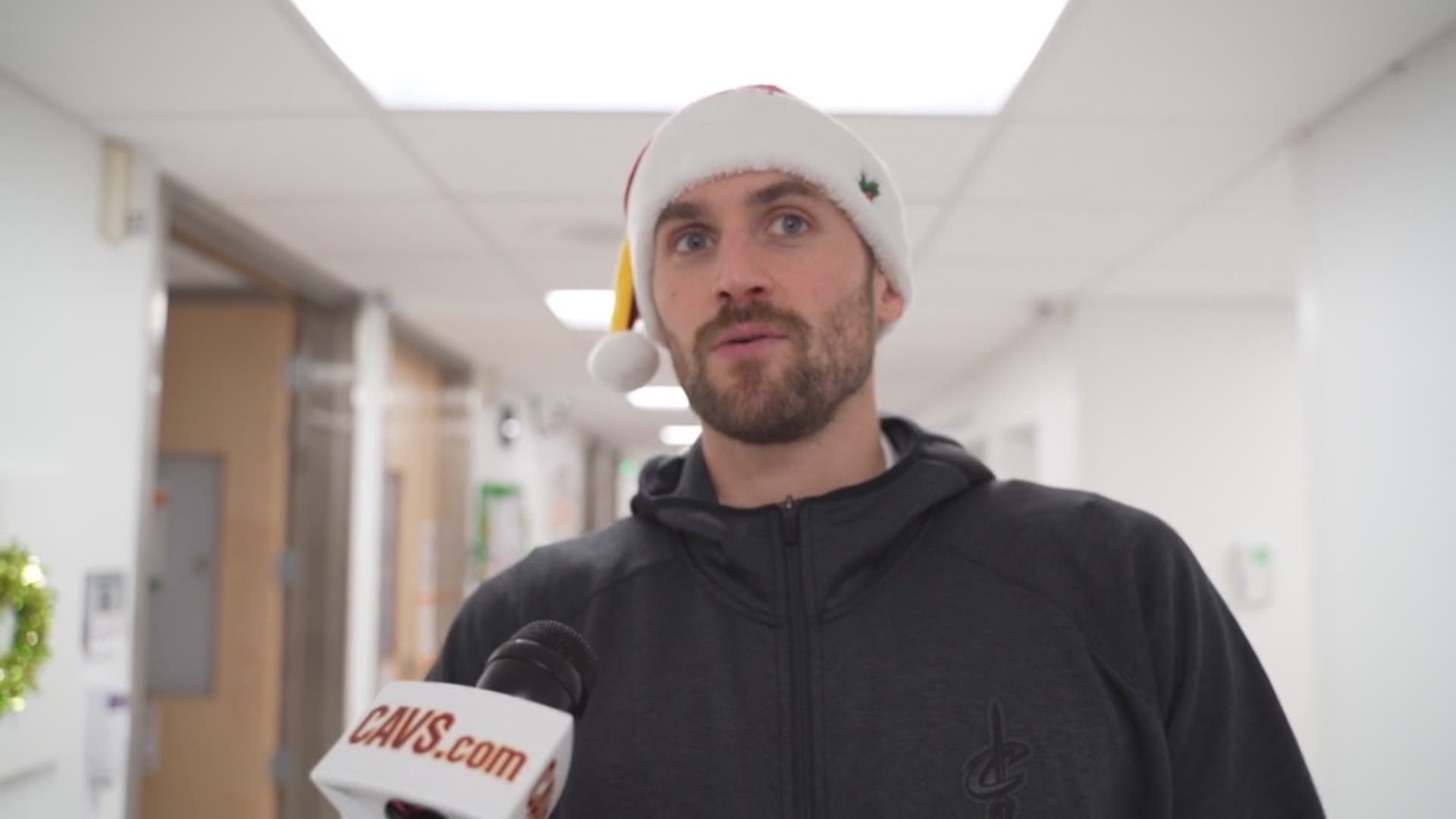 CLEVELAND — With the 2010s coming to an end, we asked for your help in voting for the players who should comprise the Cleveland Cavaliers' All-Decade Team.

Here are the results:

Hit the game-winning 3-point shot in Game 7 of the 2016 NBA Finals to help Cleveland win its first major sports championship in 52 years.

Acquired in a trade with the New York Knicks midway through the 2014-15 NBA season. Appeared in 255 games (222 starts) over the course of parts of five seasons with the Cavs, averaging 10.3 points and .381 percent from 3-point range. Set a Cleveland franchise record with 65 3-point makes in the 2016 Playoffs and scored 12 points in the Cavs' Game 7 victory over the Warriors in the 2016 NBA Finals.

Akron native and arguably the most decorated high school prospect in basketball history. Selected with the No. 1 pick of the 2003 NBA Draft. Spent seven seasons with the Cavs, winning the 2004 Rookie of the Year, two MVP awards (2009, 2010) and earning six All-Star selections (All-Star MVP in 2006 and 2008). Led Cleveland to its first NBA Finals appearance in 2007. Left the Cavs in 2010 to join the Miami Heat, with whom he won two NBA titles and two MVP awards. Returned to Cleveland in 2014 and led the Cavs to four straight NBA Finals appearance, earning Finals MVP honors in 2016. Recorded a triple-double in Cleveland's Game 7 victory over the Warriors in 2016. Earned four All-NBA first-team, four All-Star selections and was named the 2018 All-Star Game MVP in his second stint with the Cavs before signing with the Los Angeles Lakers as a free agent.

Acquired from the Minnesota Timberwolves in a trade prior to the 2014-15 NBA season. Has averaged 17.0 points and 10.1 rebounds in 316 regular-season games over the course of six seasons with the team. Has earned two All-Star appearances with the Cavs (2017, 2018) and led the team in rebounding in every season he's played in Cleveland. Was responsible for the key defensive stop on 2-time MVP Stephen Curry in the final minute of the Cavs' Game 7 victory over the Golden State Warriors in the 2016 NBA Finals. Ranks first in franchise history in defensive rebounding percentage (29.5).

Selected with the No. 4 pick of the 2011 NBA Draft. Has appeared in 588 games (404) starts in 10 seasons with the team, averaging 9.4 points and 8.6 rebounds. Appeared in 447 consecutive games from his rookie year until 2017. Ranks highly in several statistical categories for the franchise, including second in playoff rebounds, fourth in regular-season rebounds, eighth in games and minutes played and seventh in blocks.

Credit: Getty Images
MINNEAPOLIS, MN - OCTOBER 19: Tristan Thompson #13 of the Cleveland Cavaliers dribbles the ball against the Minnesota Timberwolves during the game on October 19, 2018 at the Target Center in Minneapolis, Minnesota. The Timberwolves defeated the Cavaliers 131-123. NOTE TO USER: User expressly acknowledges and agrees that, by downloading and or using this Photograph, user is consenting to the terms and conditions of the Getty Images License Agreement. (Photo by Hannah Foslien/Getty Images)

Signed as an undrafted free agent following the 2013 NBA Draft. Became a regular in the Cavs' rotation thanks to his defensive presence and effort, appearing in 215 regular-season games in his first three seasons with the team. Scored 20 points in Cleveland's Game 3 victory over the Golden State Warriors in 2015 NBA Finals and played in 20 of the team's postseason games during its run to the 2016 NBA title. Signed as a free agent with the Milwaukee Bucks in 2016 but was reacquired in a trade during the 2018-19 season. Has averaged 10.1 points and 6.1 assists over the course of parts of five seasons in Cleveland.

Signed as a free agent prior to the 2015-16 NBA season. Reliable defender, 3-point shooter and veteran presence. Appeared in 153 regular-season games (18 starts) in two seasons with the Cavs, averaging 5.6 points on .357 percent from 3-point range.

Acquired in a trade with the Orlando Magic at the 2016 NBA trade deadline. Added both size and shooting to the Cavs lineup and was lauded as a locker room leader during the team's run to the 2016 NBA title. Averaged 6.7 points on .392 percent 3-point shooting over parts of four seasons in Cleveland and retired as a member of the Cavs following the 2018-19 NBA season.

Acquired from the Orlando Magic in a trade prior to the 2004-05 NBA season. Appeared in 591 games (208 starts) over the course of 12 seasons with the franchise, averaging 7.6 points and 7.5 rebounds. Named NBA All-Defensive Second Team in 2010 and ranks highly in franchise history in several statistical categories including fifth in Defensive Win Shares, sixth in rebounds, seventh in games played and eighth in steals.