IndyCar engineers, crews and drivers are watching the weather every minute during the Indy 500. 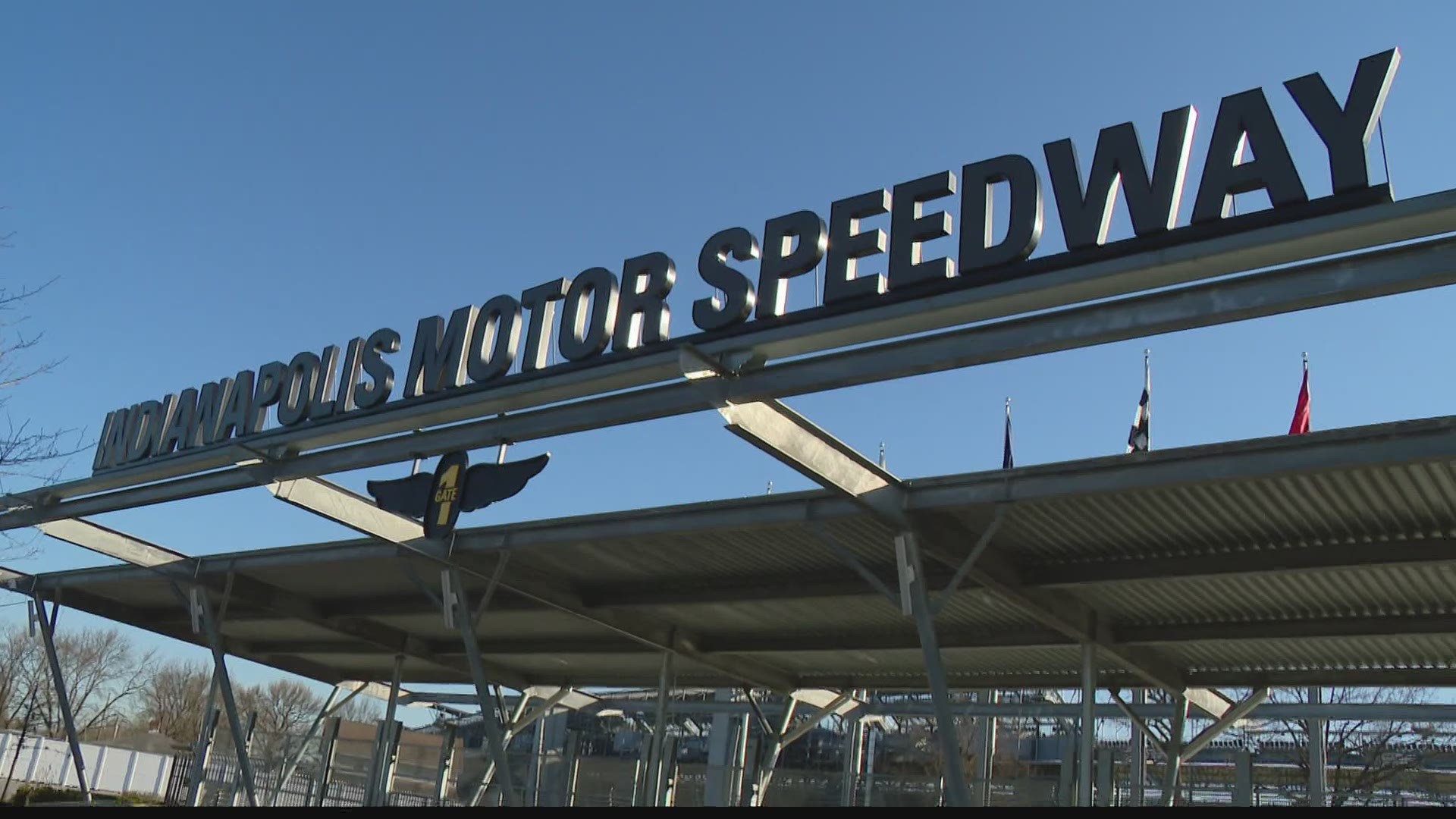 INDIANAPOLIS — IndyCar engineers, crews and drivers work all year long perfecting their cars. But weather elements are handled every minute a car is out on the track.

"Wind is a big factor. Even at 230 miles an hour, a 5 mph wind makes a big difference both in how the car handles and in the level of downforce and drag on the car," said Chris Simmons, director of performance at Chip Ganassi Racing. "So, it affects the speed of the car, whether we have to shift gears as we go around the track."

The type of weather conditions drivers are dealing with can be the difference between a win, a loss or even a crash. So, what is the best weather scenario for race day?

"The best weather scenario for race days is no rain," Simmons said. "The next best is not too windy. You know, partly cloudy conditions, moderate temperatures. That's kind of what the cars and fans like the best. It gives everybody the best chance to compete on an equal playing field. But I think in general, on average, people will probably vote for high 70s, low 80s, you know, low wind, fairly dry conditions."

RELATED: Indy 500 fans get a green flag. But how many will be allowed into IMS?

Drivers and racecar engineers are trained to deal with every weather scenario — even small adjustments in conditions.

"As far as conditions where we can run on the track, when it's down in the 50s, [it] is not good for tire grip, and then you throw in gusty winds on top of that, that's kind of a nightmarish scenario," Simmons said. "Getting the cars to handle and even getting the gears right so the engines aren't over-revving down one straightaway and really bogged down the other straightaway, is a real problem for us."

Credit: WTHR
Each year, fans eagerly anticipate what the "race day" weather is going to be.

Obviously, track temperature and air temperature are important on race day, but something else we can't see is also significant: air pressure.

"We're super interested, not just in whether it's going to be sunny, what the temperature is or what the wind is going to be, but the barometric pressure makes a huge difference in the downforce and how the engine performs," Simmons said. "So, we look, actually, for absolute pressure, so we know the altitude of every track race that is and can take the barometric pressure and convert that to absolute pressure. What we're really looking for is the air density, so we calculate that from humidity, pressure and temperature."

Credit: WTHR
High winds can make it difficult for drivers at the Indianapolis Motor Speedway.

Wind speed and direction play a critical role in how the car handles on the track.

"The easiest wind for us is no wind, but then the next easiest would be a wind that goes across the straightaways," Simmons said. "But it really depends on the strength and direction and how much the drivers feel it. Turn 2 has become one of the most difficult corners of the Indianapolis Motor Speedway."

When the wind gets behind the car in Turn 2, it makes it even more difficult for the driver to take some of that downforce away, and it causes the car to have less grip on the track.