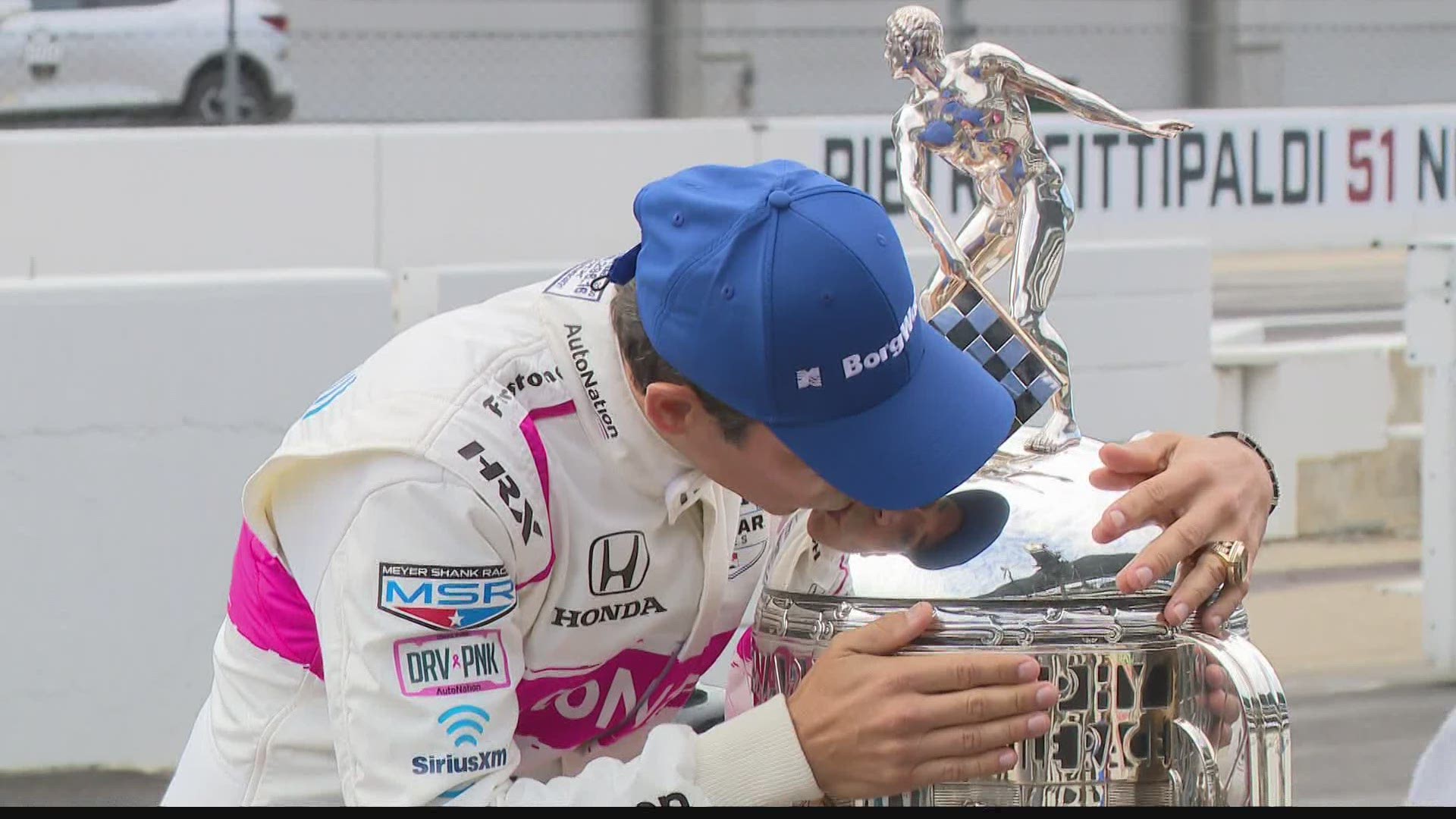 Hélio returned to the track at the Indianapolis Motor Speedway Monday morning in full uniform for the traditional winner's photo session at the yard of bricks.

He was joined on the front stretch by his wife, Adrianna, and daughter, Mikaella, who wasn't even born when he won his third 500 in 2009, his race team from Meyer Shank Racing, as well as the Borg-Warner Trophy which will soon feature his face for a record-tying fourth time.

"This is unbelievable. So, so happy, so pleased. These boys did an amazing job," the 46-year-old Castroneves said.

Late Sunday afternoon, he climbed the fence at IMS for a fourth time, setting off a celebration that fans decided to join all around the Speedway. He said Monday he's still trying to process it all.

"I did receive a message from Rick Mears that we got to talk. I'm sure he's gonna give me some advice and I'm dying to hear that. But as of right now, it's just incredible," Castroneves said.

He won his first three Indianapolis 500s with Team Penske, but his fourth win in Indy was the first-ever in IndyCar for Meyer Shank Racing, in just its fifth year in the circuit.

"I'm just pinching myself, just grateful for Hélio. He and I looked at each other and you know, I said, 'You know, I think I think I'm gonna go with you on this and not a kid,'" team co-owner Michael Shank said. "And it really paid off and I saw ... I started seeing it earlier this year and some things he was doing with us, I'm like, 'We might have something here.' And lo and behold the guy just put on a master class on how to race this track."

"I'm so, so happy for this group. They really work hard. It means a lot and we kind of like fought with the giants. But we showed our heart was bigger than those giants and we're able to put an incredible race together," Castroneves said.

Castroneves collected a little over $1.8 million for the victory.