The race is set for Oct. 23 at the Indianapolis Motor Speedway. 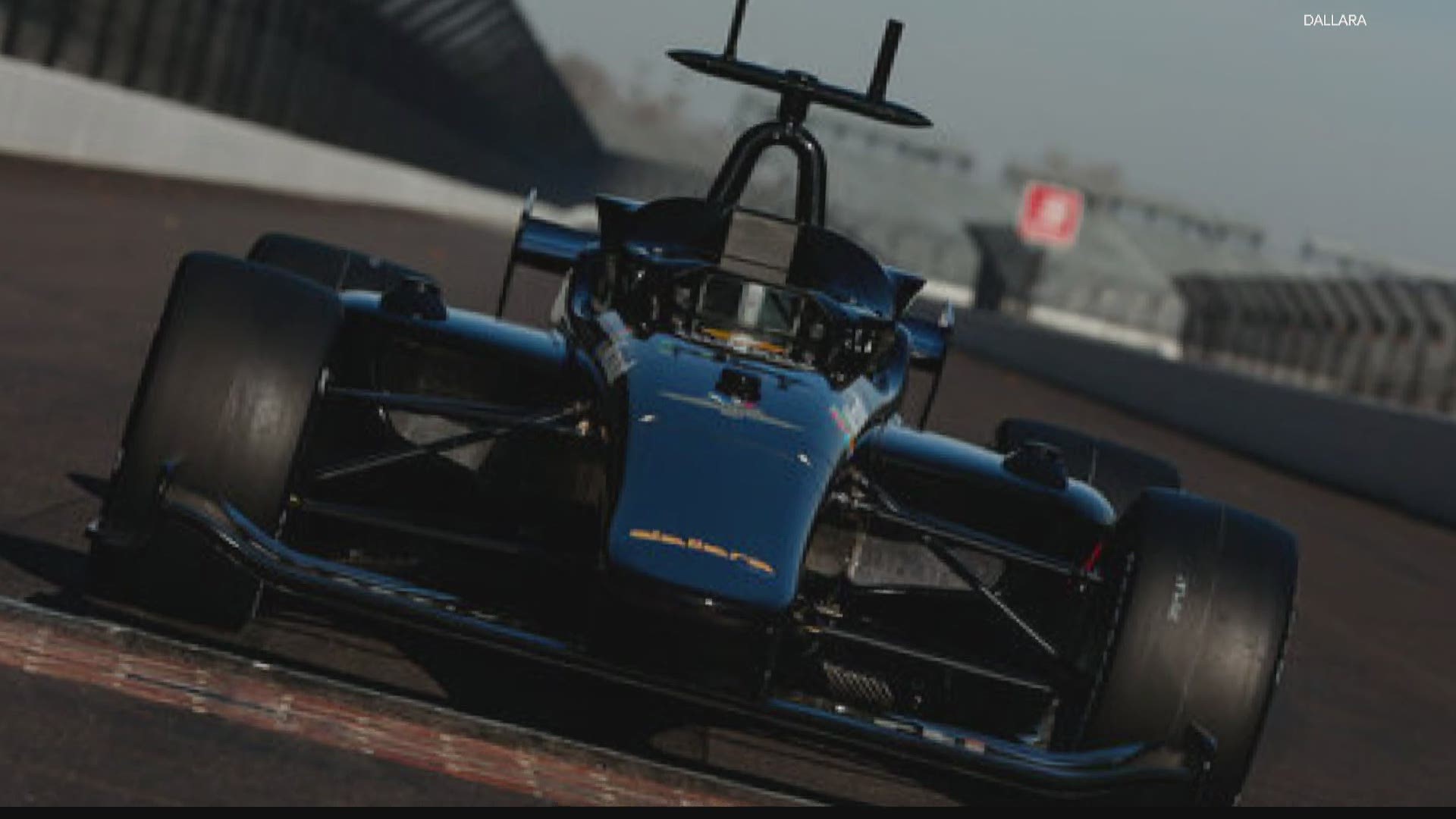 But imagine a race with no drivers in the cars?

That's going to happen at the Indianapolis Motor Speedway this fall.

The IMS and Energy Systems Network have partnered up for the Indy Autonomous Challenge: a 50-mile autonomous car race that will showcase technology and innovation at the Racing Capital of the World.

Dallara made the AV-21 chassis and there's major corporate investment, but college students are fueling the innovation. There's a $1 million dollar prize for the university that takes the checkered flag.

"The goal is to win and I think we have a chance to win," said Aly Elgamal, lead engineer for the Black and Gold team from Purdue.

"This is really a unique opportunity for the students to take something that they've done in the lab and bring it into practice in just an absolutely a huge way," said Eric Dietz, Purdue Computer Information Technology professor. "This is a laboratory the size of the Indianapolis Motor Speedway."

And a computer lab on Purdue's campus is where young engineers are inventing and perfecting the software that'll go in the car and make decisions at 200 miles an hour.

Purdue Black and Gold, paired with the U.S. Military Academy at West Point, is one of 30 teams from 14 states and 11 countries gearing up for the October race at IMS.

"They're figuring out how to build the fastest qualifying lap, how to work on overtaking, how to work and manage the dynamics and suspension," Dietz said.

They've spent months using simulators and developing complex computer codes to teach their car human-like behavior on how to handle the track.

Autonomous race cars, the engineering students say, have more precision than a driver operating on instinct.

"The advantage for us is we can determine exactly. We don't have to have a 'sense of it', which is what drivers do," Elgamal said. "We could capture stuff about friction with the track. We could know exactly what the engine map looks like when we make decisions about steering and throttle."

"We keep on analyzing this stuff and getting feedback on the distance. We are getting the right velocity, the RPM, the gear is correct," added Rohan Manna, Purdue PhD student.

They also have to avoid a crash by predicting what other cars will do, while going really, really fast.

"Of course we crash a lot now, but that's the best part of the simulator," Manna said. "Eventually, the probability of collisions will be very small."

Ironically, Manna has never been behind the wheel of any car.

So he has a vested interest in this autonomous challenge.

But what he's creating with technology will benefit drivers, too.

There are real-world applications to automation: better safety and performance for us on the highway and for competitors in the Indy 500.

"Some of the collision avoidance systems that are going to be required to run an autonomous race car could also be integrated, if proven to be safe and effective, back into the racing vehicles," Dietz said.

"That is the instance that this will become useful, right? Safety's there and the thrill of the race and the enthusiasm you have for racing is also there," Manna said.

Automotive innovation has been part of the Speedway since its inception.

It's a proving ground that brought us the rearview mirror, stronger tires and better barriers to save lives.

Now, you'd have to imagine the track's founders would be proud to see that mission continue with a seemingly futuristic race on that famed Indy oval.

The race teams just got their cars this past weekend. Many of the teams from foreign countries have arrived here in the U.S. and will be staying in Indianapolis for several months. They'll all start testing on the track this month.

The race is set for Oct. 23 at the Indianapolis Motor Speedway.