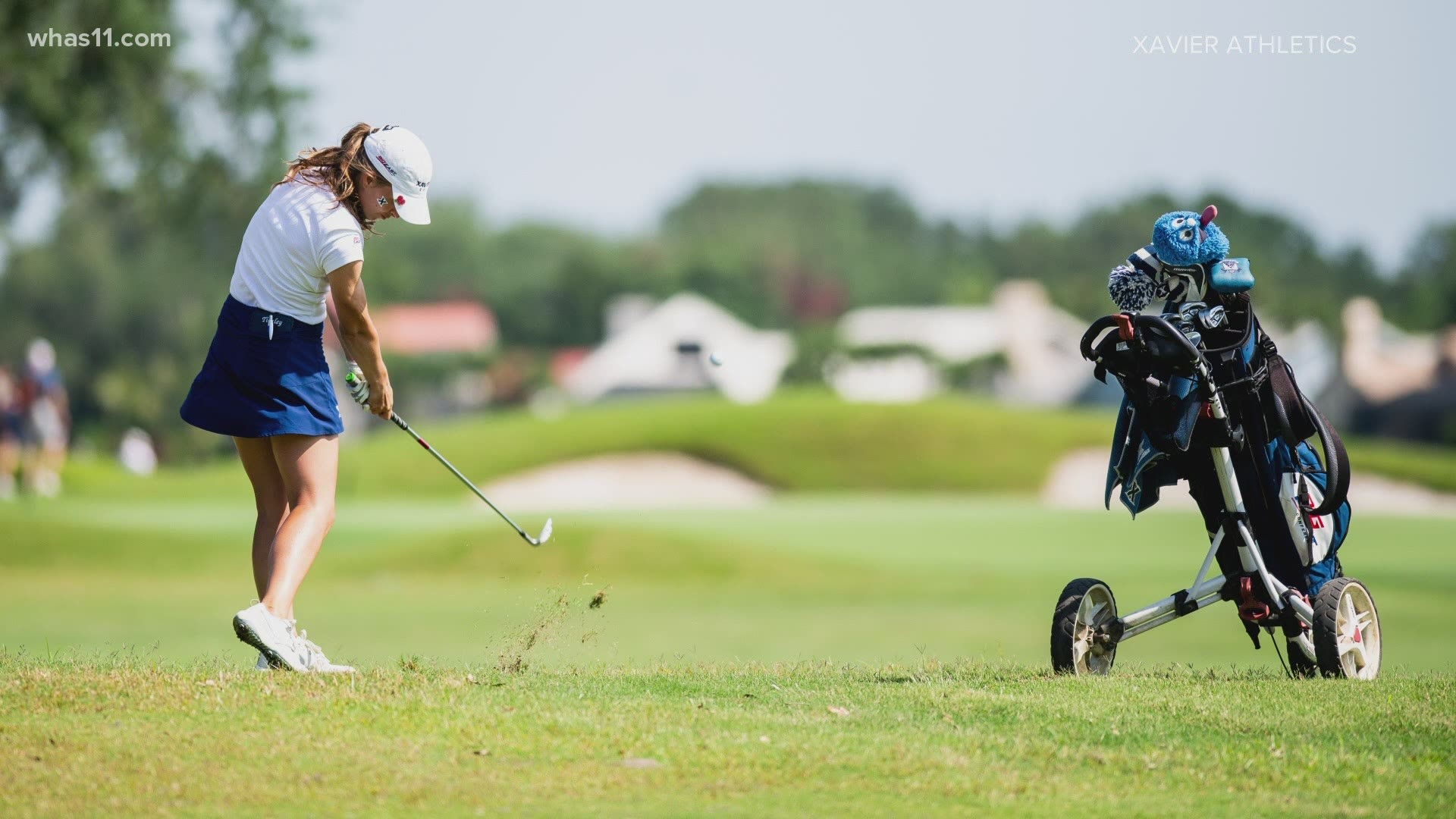 LOUISVILLE, Ky. — Xavier golfer and Sacred Heart Academy alumna Morgan Tinsley is riding a Big East individual title into next week's NCAA Tournament. And developing the confidence to even win that was a process.

"Everyone around me has always told me I'm capable of doing it," Tinsley said. "So it was just finally buying in and proving it to myself that I can."

The senior has always been hard on herself, even dating back to high school. She has a team-first mentality, thinking about those victories compared to individual ones, becoming used to her teammates picking up for her after miscues before she owned making up for them herself.

"I tend to put either too much expectations on myself or I just get too frustrated by a single miss," Tinsley said.

"She's always worked hard at getting better at every part," her father Rich Tinsley said. "And for the last year, I've been trying to give her confidence to just go play the game and have fun."

Leading up to the conference tournament, she was not enjoying herself. Tinsley struggled, which brought self-doubt. But her teammates kept her spirits up and she saw a sports psychologist. Plus, her dad drove home a message.

"'You still have it,'" Morgan Tinsley recalled her dad saying. "'You can go win the Big East.' And I was like 'Oh yeah, okay.'"

He was right. She pulled out the tournament individual title, her first career win. And Xavier won its second Big East championship. That was more on her mind than the individual victory.

"I had no idea that I had even won," Morgan Tinsley said with a laugh. "I actually ended up three-putting the last hole. So I was really upset actually. And so they're all cheering. I just ignored all of them and walked past them.

"I can't remember which of my teammates' dads said something about the individual. I turned around and I was like, 'Wait, what?'"

Then, she got to hug her parents, who were both there.

Now, the Sacred Heart product gets to come back to her hometown. Xavier is the No. 16 seed in the Louisville regional for the NCAA Tournament. It's being played at the University of Louisville Golf Club from May 10-12. Tinsley used to go there with her brothers, who are also golfers, humorously describing those trips as "chaos."

"That's where I took some of my first golf lessons," Morgan Tinsley said. "It's really crazy that it gets to come kind of full circle like this."

"The coolest thing is there's family members that have reached out to us and friends, who have never watched her play or may not have seen her play since high school, that are going to come out and watch," Rich Tinsley said.

With that in mind, she thinks there will be some added emotion and pressure. But those people will see the confident champion putting the lesson she's learned into action.

"Not getting caught up in that moment," Morgan Tinsley said. "And just still enjoying myself."