Once again, Yadier Molina will settle in behind home plate for opening day on Thursday. He'll extend a streak unlike any baseball has ever seen 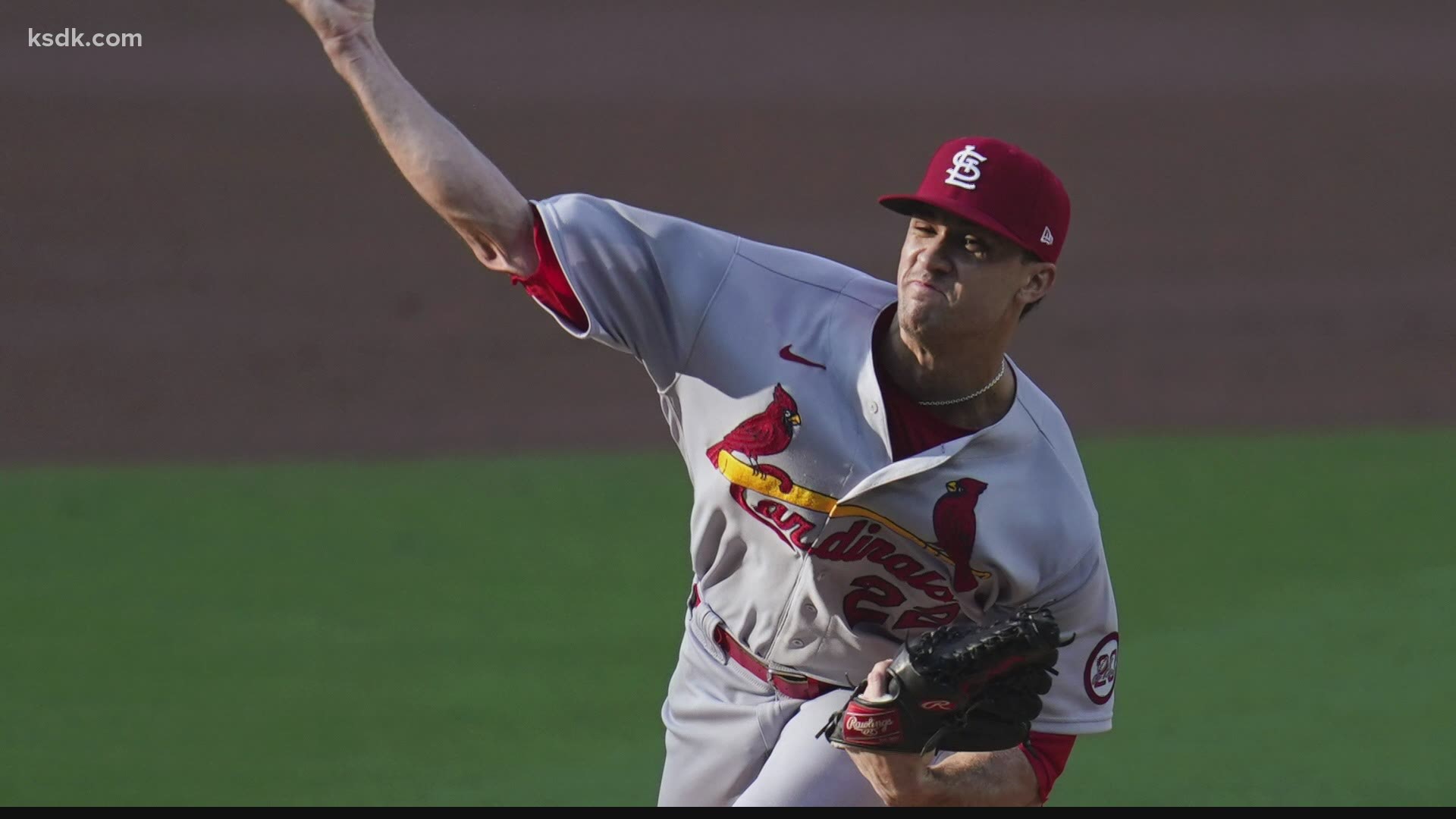 CINCINNATI — When Yadier Molina takes his place behind home plate at Great American Ballpark in Cincinnati on Thursday it'll be the 1,990th time he appears as a catcher for the Cardinals. It'll also be his 17th straight opening day start for St. Louis.

And according to MLB Network's Jon Morosi, that will only extend the longest such streak for a catcher with the same team in the history of baseball.

"That's a crazy thing to think about. I was in third or fourth grade probably playing ball with a bunch of guys I grew up with and am still close with this day. So it's a crazy thing to think about," Flaherty said." But that dude is an inspiration for each and every one of us. Him and Waino. To be out there still doing it and going strong and doing what they do. It's an inspiration to play that long and at one point I want to be the 'old' guy in the clubhouse."

Molina, 38, will turn 39 in July and match his long-time batterymate Adam Wainwright in the age department. Wainwright is currently the oldest player in the National League.

History: Yadier Molina makes his 17th consecutive Opening Day start at catcher for the @Cardinals, extending the longest streak ever for a catcher with one team in @MLB. Jack Flaherty said Molina and @UncleCharlie50 are inspirations to every player on the team. @MLBNetwork

In those 17-plus seasons for the Cardinals, Molina is a nine-time All-Star, nine-time Gold Glove Award winner, has won two World Series titles and amassed 2,001 hits.

He signed a one-year, $9 million deal to return to the Cardinals for 2021.

The Cardinals and Reds are set to begin their season at 3:10 on Thursday in Cincinnati.