Happy Opening Day, St. Louis! Here's a look at how things are going for the first Cardinals' home game of 2021 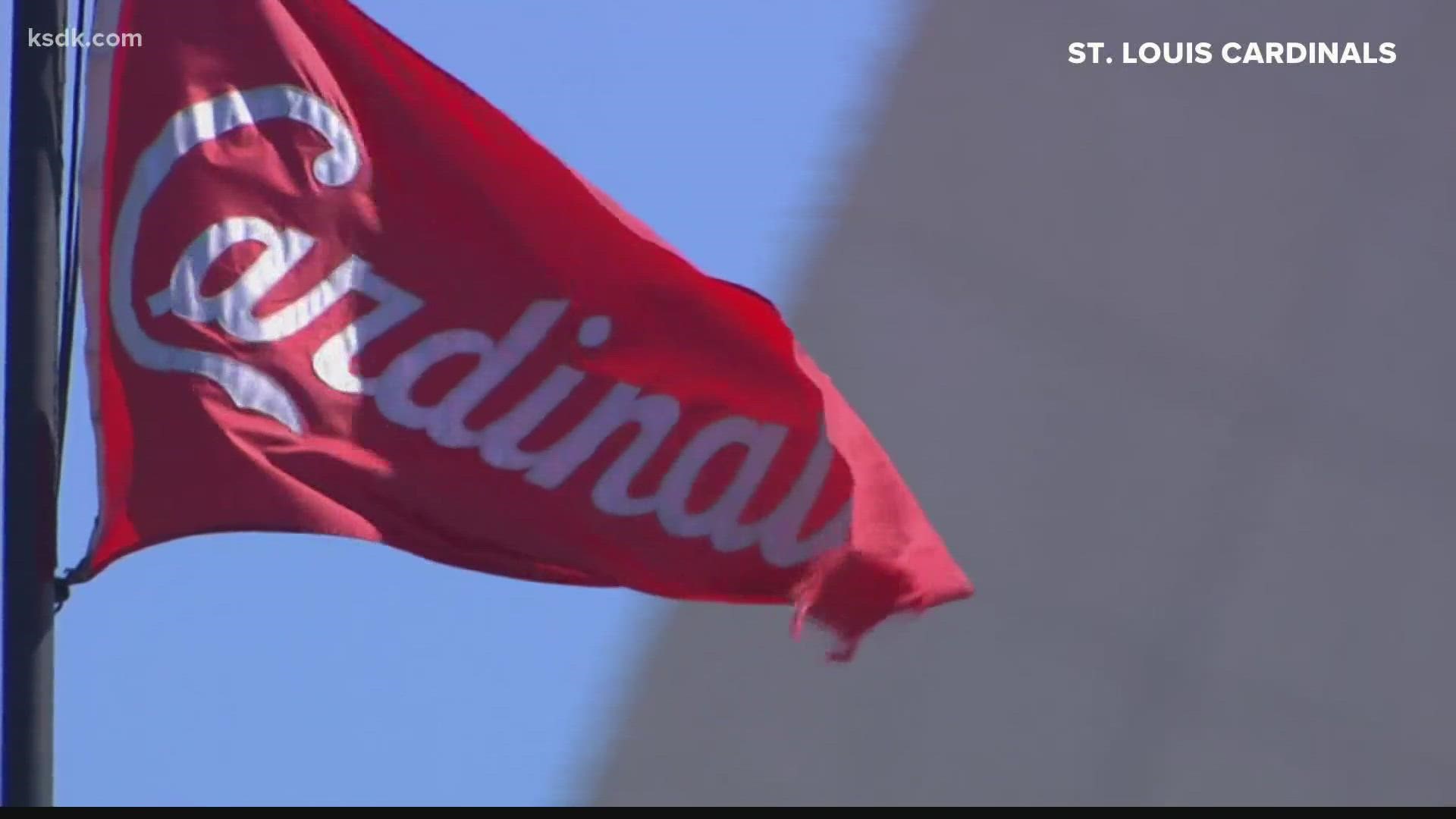 ST. LOUIS — After 544 days, fans are finally back at Busch Stadium for the 2021 home opener on Thursday!

The Cardinals took on the Milwaukee Brewers in an NL Central Division matchup with Adam Wainwright on the mound for St. Louis against Corbin Burnes.

This story will be updated throughout the day.

Alex Reyes finishes off the Brewers for a 3-1 Cardinals win on Opening Day at Busch Stadium.

Nolan Arenado has his first big moment in St. Louis by blasting a 2-run shot to left field to put the Cardinals ahead 3-1.

NOLAN FOR THE LEAD! pic.twitter.com/iVZgfQXIcp

Cardinals tie the game thanks to an infield single by Tyler O'Neill that scores Yadier Molina from third base.

Brewers take the lead early after a two-error play from Wainwright and center fielder Dylan Carlson.

Cardinals center fielder Dylan Carlson gets the Opening Day crowd fired up with an outstanding catch at the track to save multiple runs from scoring in the first inning.

Nothin' like a catch at the wall to fire up the crowd after a year away. Dylan Carlson makes a magnificent grab to end the top of the first inning.
TV: Bally Sports Midwest
Stream: https://t.co/68lHu237Cx#STLFLY #HomeOpener pic.twitter.com/KmlZ89Y4iR

Cardinals take the field and Kolten Wong steps into the box to a loud ovation. After getting visibly emotional, Wong takes a four-pitch walk from Adam Wainwright.

Once a Cardinal, always a Cardinal. Kolten Wong gets a standing O before his first-at-bat as a visitor at Busch.

The team honored long time radio broadcaster and Cardinals Hall of Famer Mike Shannon, who's calling his 50th and final season of Cardinals baseball in 2021.

Mike Shannon with the double-thumbs up and blowing kisses to fans after a tribute to his 50th and final season in the broadcast booth #STLCards #STLOpeningDay pic.twitter.com/OUuJk4gMrL

The Cardinals honored their red jacket Hall of Famers beyond the center field wall and played a tribute to Bob Gibson and Lou Brock, who passed away near the end of 2020.

Budweiser Clydesdales make their trek around the Busch Stadium warning track for the first time since 2019.

It's been a while, but they're finally back. Here come the majestic Budweiser Clydesdales!#STLFLY #HomeOpener pic.twitter.com/z0nXGwegGk

The Opening Day lineup is out, and Paul Goldschmidt isn't in it.

The Cardinals' slugging first baseman is sitting out of Opening Day due to precautionary reasons for lower back tightness.

Matt Carpenter gets the start at first base in his place.

Per Cardinals: Paul Goldschmidt won't be in the Opening Day lineup today against Brewers for precautionary reasons due to lower back tightness. #STLCards #STLFLY

Here's how the Cardinals' lineup breaks down:

For the first time since 2019, fans are back in the ballpark! The Cardinals opened the gates for a limited number of fans on Opening Day. The team is expecting around 30% capacity for the home opener due to COVID-19 restrictions.

For the first time in 544 days, the gates are open! pic.twitter.com/XbdCyCqp96