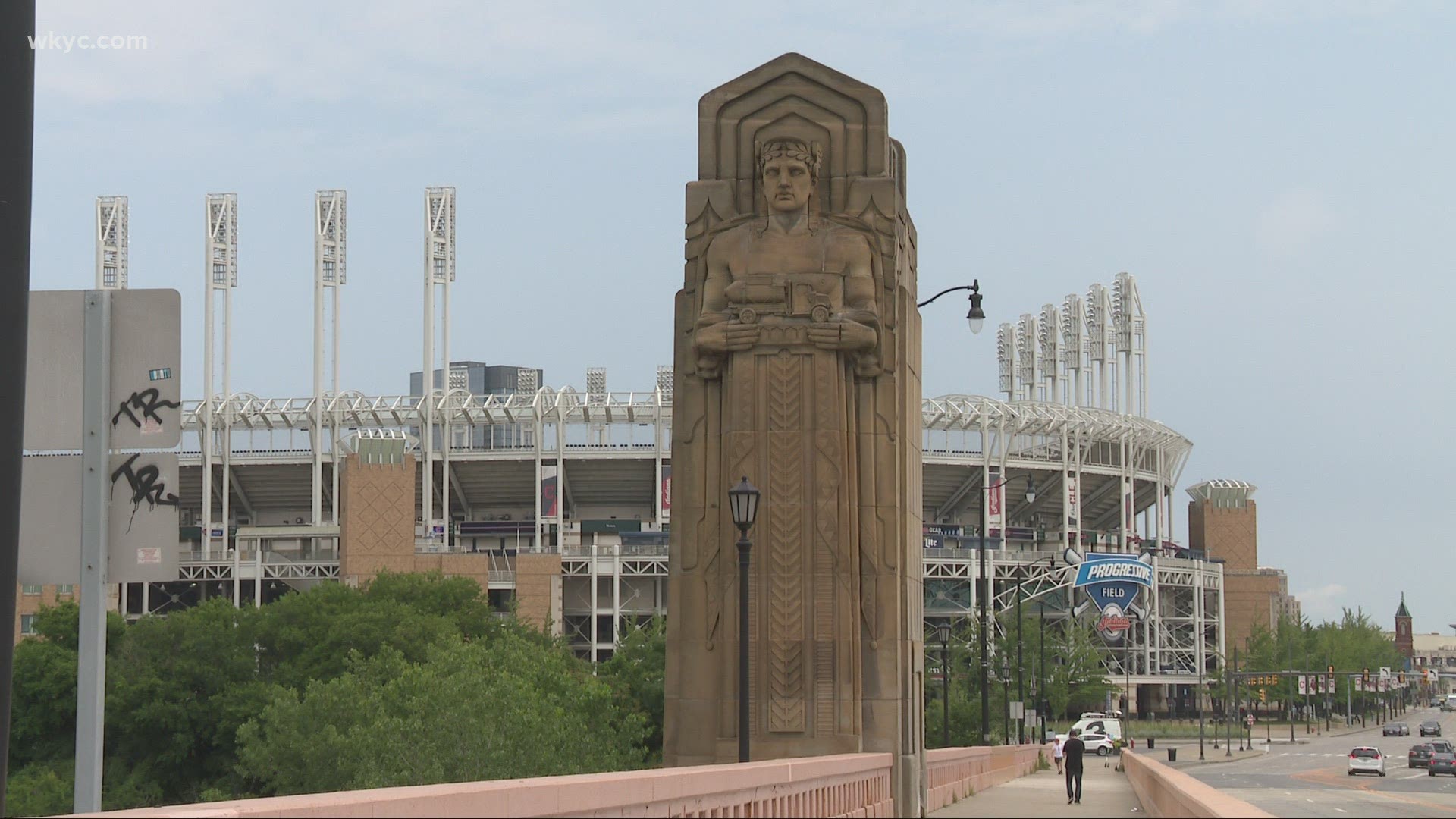 CLEVELAND — EDITOR'S NOTE: The video in the player above is from a previous story.

The Cleveland Indians are now the Cleveland Guardians. And as the team made the official announcement in a video posted on their social media accounts, fan reaction came in fast and furious.

Together, we are all... pic.twitter.com/R5FnT4kv1I

Some famous names and faces were among the first to get on the record with their thoughts. Tom Hanks, who began his career in Cleveland, was the voice of the team's video announcement.

Today Show personality Al Roker also tweeted his approval of the new name shortly after the announcement, saying he can't wait to wear the merchandise.

Could not be prouder of my 2nd city. Well done. Can’t wait to wear the shirt https://t.co/5hnstWv3tT

“I welcome the name change and am excited to root for the Guardians. As a lifelong baseball fan, I know what the sport means to our state and how proud we are of our Ohio teams, especially here in Cleveland. This team has been a part of my life since my dad started taking my brothers and me to Municipal Stadium to see Rocky Colavito and Leon Wagner and Sam McDowell and Mudcat Grant and Tito Francona.

“From the Spiders to the world champion Buckeyes, Cleveland has some of the richest baseball history in the country – including as a pioneer in racial integration of the major leagues with players like Hall of Fame legends Larry Doby and Satchel Paige and the slugger Luke Easter. Today is a proud day for Cleveland and now I want a World Series win.”

“We hold tight to our roots, and set our sights on tomorrow.”

It’s a great video about the heart and soul of what it means to be Cleveland! pic.twitter.com/x0KC3fNsKF

Some fans were noting the similarity between the new team name and a certain group of superheroes.

If they don't sing "Let me Groot, Groot, Groot
For the home team" during "Take me out to the ballgame" I'm gonna be furious.#ClevelandGuardians https://t.co/bvOBIzwrKG

Some Twitter users also made sure to explain to Cleveland outsiders the significance behind the team's new title.

TBH, The Guardians is much more authentically Cleveland than most jokesters on this website understand

These four statues--The Guardians of Transportation--are absolute icons in the city and familiar to anyone who has any sort of roots in the area https://t.co/8u0fx9SKI0 pic.twitter.com/vlifF39JjQ

Most fans agreed and were behind the new name the team chose, including Twitter user Ben Gartland, who called the name "dope."

There are literally teams named after socks, Cleveland Guardians is dope.

On the WKYC Facebook page, user Bob Gonzalez says, "I like it, I think it's something the city can get behind, and for those who can't, well I guess when the team eventually wins something you won't be invited to the party!!!"

Twitter user Mike Cole also likes the name, calling it "awesome" and explaining where the team got it.

Cleveland Guardians, an actually awesome name. Kind of cool to have the Guardians of Traffic statues (on the Hope Memorial Bridge) so close to Progressive Field. pic.twitter.com/GFdW65dSXW

But not everyone was happy. Many Twitter users were upset with the choice.

Guardians? ROFL. It would be better if Cleveland became the Blue Sox.

On Facebook, Anthony A Jackson Sr. commented on the WKYC Facebook page, "The guardians.....wow they couldn't come up with a name better than that."

Some fans say, they'll never get on board with the name change and will continue to wear their old Indians gear.

On Facebook, Heather Vandeweerd-Rehm commented on the 3News Facebook page, "Never will I ever buy anything that says Guardians. And I will be wearing my Indians gear with the Chief Wahoo logo to every single game I attend."

Jessica Venturini called for a boycott on the new name on our Facebook page, saying "I am a huge fan of theirs and watch them everyday but can't stand this. We need to boycott them so they have to stay the Indians!!!"

And some were fine with the name, but weren't fans of the new logos.

Was definitely hoping for Spiders, but Guardians absolutely works.

Reeeeally not sold on the "G" logo, though. https://t.co/ApUr15QfNT

Facebook user Cindy Fox Toman was not a fan of the name change. She posted, "Meh. Clevelanders will spend their baseball lifetime explaining it. No one who isn’t from Cleveland will have a clue."

The name change will officially happen after this season.

EDITOR'S NOTE: The video in the player below is from a previous story.

RELATED: Report: Cleveland Indians have chosen a new team name; not ready to release it