Cleveland Cavaliers Decade in Review: Where they've been and where they're heading

The Cleveland Cavaliers experienced a decade unlike any other in franchise history in the 2010s. 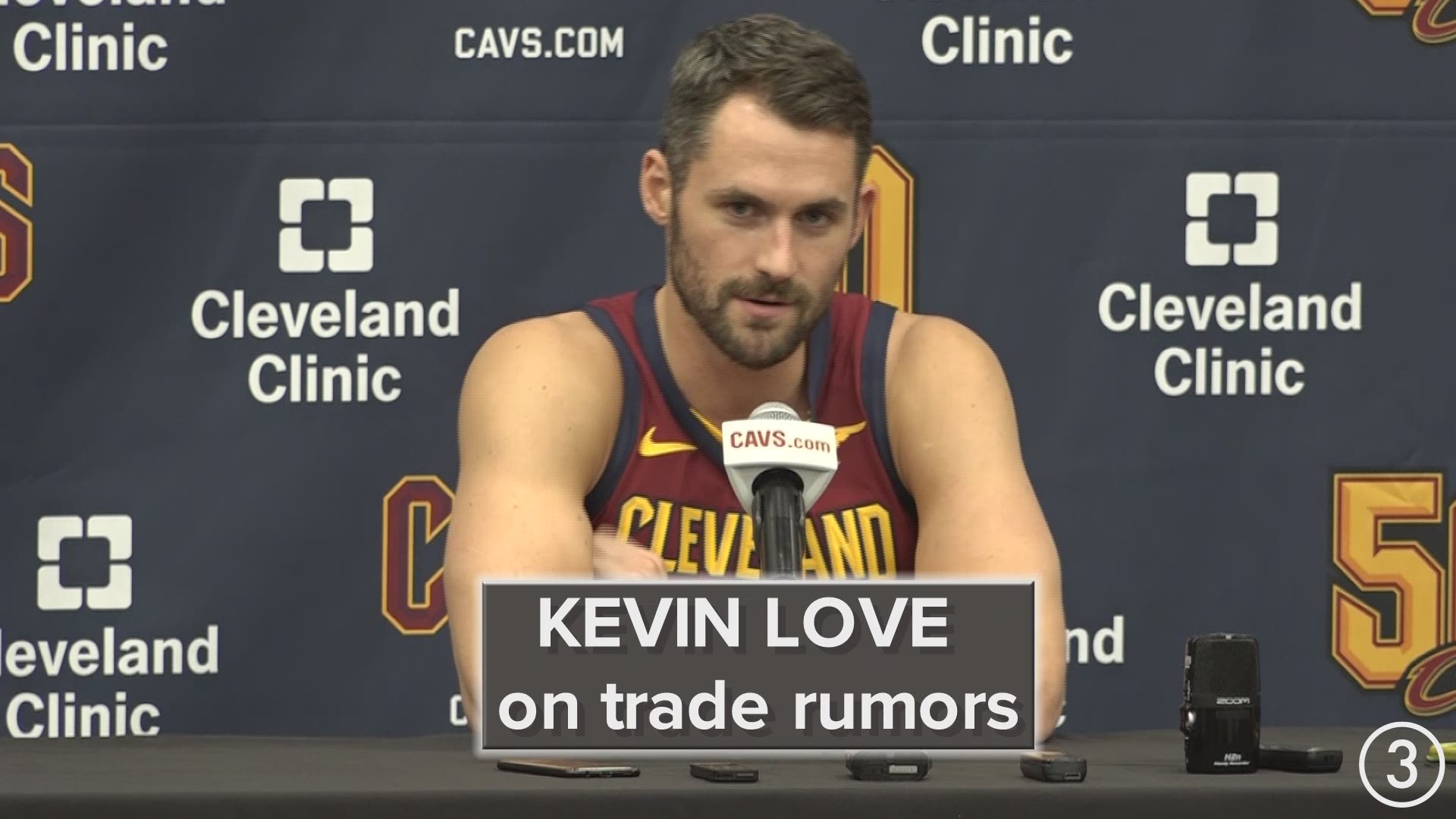 CLEVELAND — To say the Cleveland Cavaliers' last decade resembled a roller coaster would be cliche.

It wouldn't, however, be inaccurate.

The biggest free-agency departure in sports history, multiple Draft Lottery victories, deadline deals, The Return, The Block, The Shot, The Stop, four Finals appearances, a parade and a departure -- they all happened to just one team in the last 10 years. With that in mind, let's take a look back at where the Cavs were in the 2010s and what could be to come in the 2020s.

When 2010 arrived, the Cavs laid claim to a 26-8 record and were well on their way to a second straight No. 1 seed in the Eastern Conference Finals. But even after trading for All-Star forward Antawn Jamison and re-signing Zydrunas Ilgauskas, Cleveland's postseason woes continued with the Boston Celtics eliminating the Cavs in six games in the Eastern Conference Semifinals.

What followed was the most highly anticipated free agency in sports history as LeBron James hit the open market for the first time since the Cavs drafted the Akron native with the No. 1 pick in the 2003 NBA Draft. And when it came time to make his decision, the reigning 2-time MVP left Cleveland heartbroken, announcing on national television that he would be joining Dwyane Wade and Chris Bosh on the Miami Heat.

James' departure didn't just end the most successful era of franchise history without a title -- it sent the Cavs into a tailspin. With a roster full of mismatched talent and bloated contracts, Cleveland's first season without James resulted in an NBA-worst 19-63 record, which at one point included a 26-game losing streak -- the longest in NBA history at the time.

Despite their on-court struggles, the Cavs did find at least one major victory in the form of a deal at the trade deadline that sent Mo Williams and Jamario Moon to the Los Angeles Clippers in exchange for Baron Davis and an unprotected draft pick. That pick wound up being the No. 1 pick of the 2011 NBA Draft, which Cleveland used to select a 19-year-old point guard out of Duke named Kyrie Irving.

It didn't take long for Irving to show plenty of promise.

In a strike-shortened debut season, Irving averaged 18.5 points and 5.4 assists en route to being named the league's Rookie of the Year. One year later, he was named to his first All-Star Game, winning the event's 3-point shooting contest.

In 2014, it appeared Irving appeared to have arrived as a legitimate star, taking home NBA All-Star Game MVP honors at 21-years-old. Yet despite his individual success -- and the team winning the NBA Draft lottery two more times -- the Cavs continued to struggle, amassing a 78-152 record from 2012-2014, missing the playoffs in all three seasons.

As the Cavs struggled, James continued to excel, winning two more MVP awards and a pair of NBA championships as a member of the Heat. But after Miami failed to complete a three-peat, falling to the San Antonio Spurs in five games in the 2014 NBA Finals, the 4-time MVP was once again a free agent and this time, he didn't disappoint.

Doing so in an essay in Sports Illustrated, James announced he was making his return to the Cavaliers.

Shortly after James announced his return, the Cavs traded Andrew Wiggins and Anthony Bennett to the Minnesota Timberwolves in exchange for All-Star forward Kevin Love. Between James, Irving and Love, Cleveland had its own NBA super team and a legitimate title contender.

After an injury-depleted Cavs team lost in six games to the Golden State Warriors in the 2015 NBA Finals, the two teams met for a series rematch a year later with the league's championship once at stake. Falling down 3-1 to a Warriors team that won an NBA record 73 regular-season games, Cleveland appeared to be facing an insurmountable deficit with questions about the team's roster construction sure to follow in the future.

The Cavs, however, ultimately defied the odds, with James securing a chase-down block, Irving hitting the game-winning shot and Love getting a stop on 2-time MVP Stephen Curry in a dramatic Game 7 victory. With that, Cleveland had won its first major sports championship in 52 years, doing so in one of the most dramatic ways possible.

"Cleveland!" an emotional James shouted during his postgame on-court interview. "This is for you!"

After losing rematches to the Warriors -- who added former MVP Kevin Durant in the 2016 offseason -- in the 2017 and 2018 Finals, the Cavs found themselves almost right back where they started at the beginning of the decade. Just weeks after Golden State completed a four-game sweep in Cleveland, James took his talents to Hollywood, signing a four-year contract with the Los Angeles Lakers.

One year prior, Irving had demanded a trade, a request the Cavs acquiesced by sending him to the Boston Celtics. Re-signing Love and laying claim to a draft lottery pick from the Irving trade, the cupboards in Cleveland weren't as bare when James left the second time, although that didn't stop the Cavs from finishing with the second-worst record (19-63) in the NBA in the 2018-19 season.

As of writing this, the Cavs currently lay claim to a 6-21 record -- the worst mark in the Eastern Conference and second-worst in the entire NBA. The Cavs outlook for the future, however, could be considered even bleaker than their record indicates with Love's future uncertain and a lack of promising young talent present on the roster.

Collin Sexton, Darius Garland and Kevin Porter Jr. have each shown flashes, but none of the three first-round picks have established themselves as players worth building around. And short of one of them developing into just that, Cleveland is going to not only need some lottery luck, but to also pick the right prospect in order to find its next franchise player.

In the meantime, the Cavs will attempt to add to their allotment of assets with first-year head coach John Beilein helping meld the team's work-in-progress core. Cleveland undoubtedly has an interesting decade of basketball ahead, but it's going to be pretty tough -- if not impossible -- to top the one it just had.