Hank Aaron's legacy beyond baseball: The role he played in civil rights

Off the baseball diamond, Hank Aaron is viewed as as a trailblazer in civil rights. 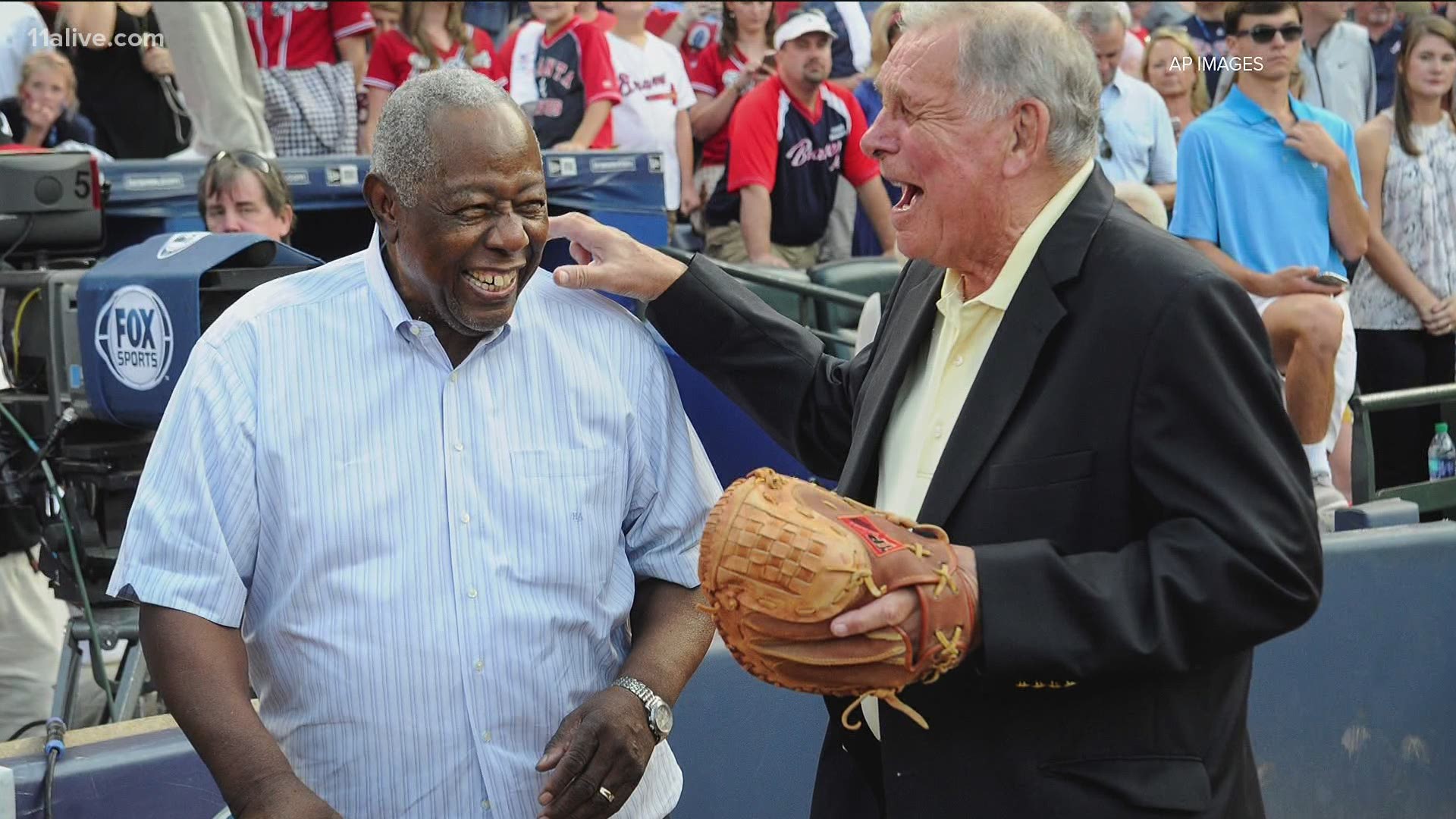 ATLANTA — He's known as a legend in baseball, but Hank Aaron's reach and imprint on the world was so much more than that.

The Atlanta Braves said Friday, the Hall of Famer died at the age of 86. That's 86 years of life experiences that sometimes were not always pleasant.

Off the baseball diamond, Aaron is viewed as a trailblazer of civil rights.

In 2018, 11Alive Sports reporter Alex Glaze talked with Aaron about what it was like being a Black baseball player when his career was taking off. During the time he was chasing his home run record, Aaron had to deal with racism on and off the field.

In the interview from three years ago, Aaron said it was definitely tough at times - and he even faced threats.

However, he never let that stop him. It was April 8, 1974 when Hank Aaron broke Babe Ruth's historic home run record. Ruth's record 714 home runs in his career stood for nearly 40 years.

"That was part of why I guess I broke his record, was the fact that a lot of people thought that it couldn't be done. And a Black person doing it was not something that they wanted to see done," he explained.

On Friday, former Braves player Chipper Jones joined a Zoom call with Atlanta Braves manager, Brian Snitker, and others to talk about Aaron's legacy and accomplishments.

Jones said he's more than just a baseball icon, but a "transcendent person in American history as well."

"Jackie Robinson kind of set the stage, but Hank took it to a whole - another level," he explained.

"When you're talking about a Black man elevating himself in that day and age to, you know, the best in the game and embarking on a journey that would take him to the top of the home run list in passing Babe Ruth and all that he endured, it really is amazing."

Jones said all of his interactions with Aaron during his lifetime were peaceful.

"While he probably had every right to be militant, and angry and leery of everyone that he came in contact with - never was," he said. "Never was, always had a gentle smile, always had this peace about him."

While Aaron is best known for his 21-year-long career with the Milwaukee Brewers and Atlanta Braves, and for holding the major league career home run title for 33 years, his game didn't start there.

The Washington Post reports that after Aaron reached the major leagues, he campaigned for John F. Kennedy, who was a senator at the time, in Milwaukee in 1960. He was credited with helping the Democratic candidate win the Wisconsin presidential primary, according to the Washington Post.

While his impressive baseball career will always be cherished, the lives he touched and memories others shared with him will also carry on his legacy.

After retirement, he helped children reach their dreams by starting the Chasing the Dream Foundation in 1994 with his wife, Billye. The organization has given hundreds of children scholarships.

The Atlanta Technical College said he was a long-time board member committed to advancing educational opportunities and helped inspire others.

“Mr. Aaron’s presence and commitment will forever be recognized at ATC as his years of service and philanthropy has helped propel our college, our students, and our ultimate success,” said Dr. Victoria Seals, president of ATC.

“While our Henry Louis 'Hank' Aaron Academic Complex bears his name, our students, faculty, staff are current reflections of his heartfelt dedication to this community, educational advancement, and economic mobility," Seals added. "To stand in Mr. Aaron’s presence was always an honor. To know his heart was a privilege. And to share his story and honor his legacy is now our commitment.”