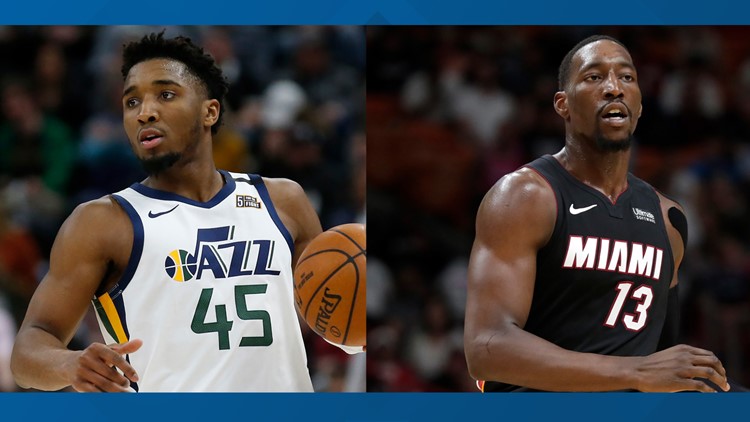 LOUISVILLE, Ky. — Thursday night, the NBA announced the selections for the NBA reserves in the All Star Game on Feb. 16. Among the reserve selections for the game, both Utah Jazz guard Donovan Mitchell and Miami Heat forward Bam Adebayo were named. The former UofL and UK basketball players are both making their first All Star game appearance.

Mitchell is averaging 25 points per game, currently 13th best in the NBA. The Jazz are currently in third place in the Western Conference at 32-15. Mitchell is the sixth former Cardinal to be named an NBA-All Star and the first since 1975.

Adebayo is averaging 16 points per game,10.4 rebounds per game, 4.7 assists per game and a block and steal per game. The former Wildcat is a strong candidate for the NBA's Most Improved Player award so far this season, nearly doubling his scoring amount from last season. The Heat currently sit at third in the Eastern Conference with a 32-15.

Former Wildcat Anthony Davis was named an All-Star starter last week. Davis is averaging 26.5 points per game, 9.1 rebounds and 2.5 blocks per game. This will Davis' seventh appearance in the All Star game and first with the Western Conference leading Los Angeles Lakers.