The victory earned Medina Spirit a fees-paid berth into the $6 million Breeders’ Cup Classic at Del Mar next month. 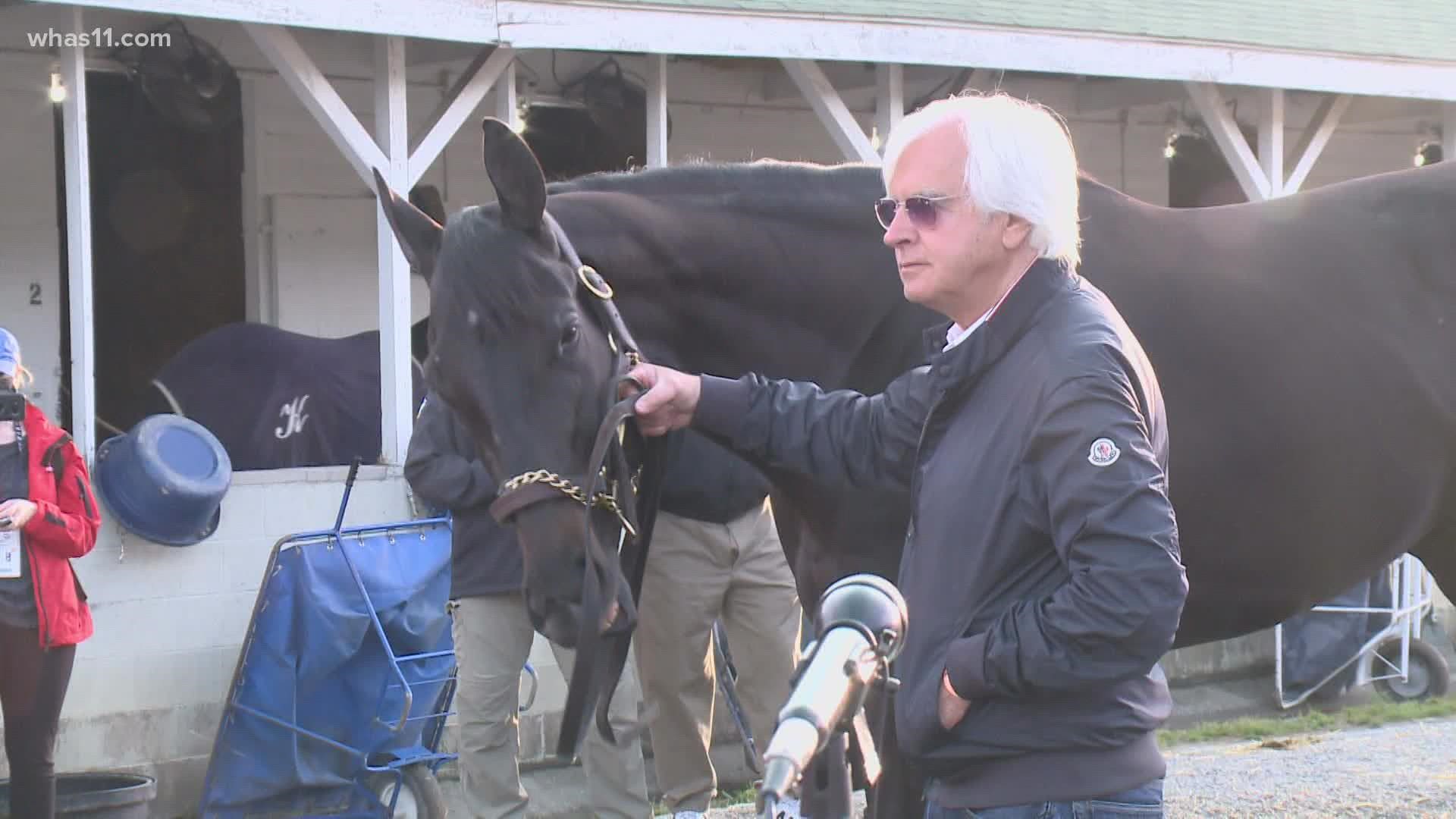 Medina Spirit took command out of the starting gate and built his lead through the stretch under Hall of Famer John Velazquez, who flew in from the East Coast to ride. They covered 1 1/8 miles in 1:49.67.

The victory earned Medina Spirit a fees-paid berth into the $6 million Breeders’ Cup Classic at Del Mar next month.

The colt’s victory in the Kentucky Derby has been in limbo for nearly five months. The Kentucky Horse Racing Commission has yet to render a final verdict as part of its investigation into Medina Spirit testing positive for the steroid betamethasone. Churchill Downs suspended Baffert for two years.

“I’m happy for Zedan and what we have had to deal with,” Baffert said. “We stayed focused on the horses. The fans came out to see this horse and they are rooting for him. I could tell by the crowd noise. They are all pulling for him. It’s an emotional win for us.”

Medina Spirit had originally been set to run in last week’s $1 million Pennsylvania Derby, but Baffert didn’t like his post position.

“I keep saying, and I probably sound like a broken record, but this guy, he has a ton of heart,” said Velazquez, who has ridden Medina Spirit in his last six starts. “He’s very competitive and when the horses come to him, he gives you everything he can. That’s all you can ask of a horse. Maybe they will give him the credit he deserves now.”