The Cards still have another chance in Omaha. 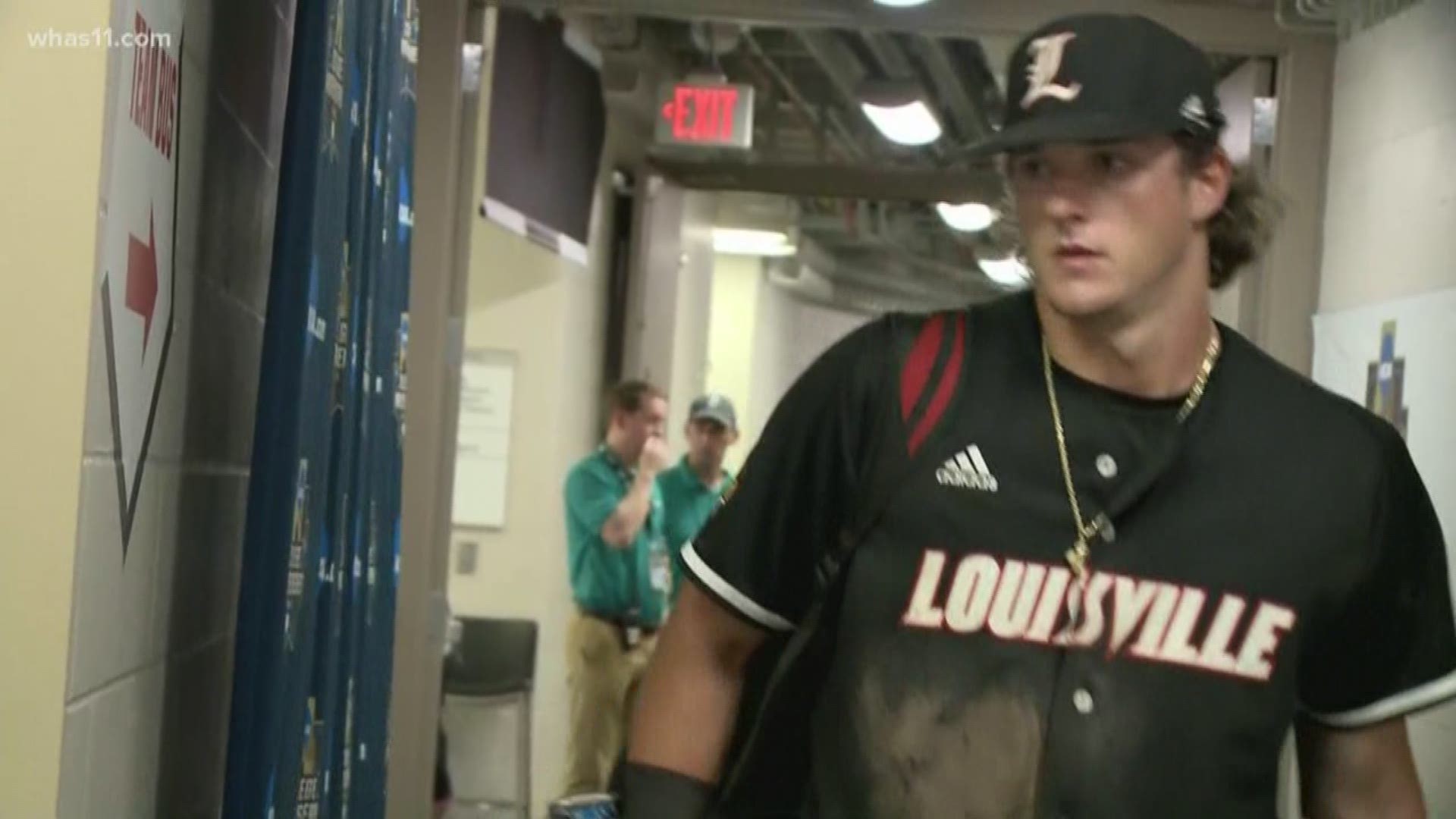 OMAHA, Neb. (AP) - Austin Martin homered on Reid Detmers' first pitch of the game and he went deep again in the seventh to break a tie in Vanderbilt's 3-1 victory over Louisville on Sunday in the College World Series on Sunday.

Drake Fellows came off a poor outing in the super regionals to pitch seven strong innings and help No. 2 national seed Vanderbilt (55-11) improve to 4-0 in its CWS openers.

Martin homered twice for the second straight game, having hit two against Duke on June 9. He became the first player since Florida's Harrison Bader in 2015 to lead off a CWS game with a homer when he drove Detmers' initial offering out to left.

Martin's two-run homer off Bryan Hoeing (3-4) in the seventh barely cleared the wall in left center, but it was long enough to break a 1-all tie after Julian Infante doubled.

Fellows (13-1), a sixth-round draft pick of the San Diego Padres this month and the national wins leader, had worked the first four innings of an 18-5 loss to Duke in the super regional opener June 7.

No. 7 Louisville (49-17) had base runners in six of Fellows' seven innings but found a semblance of rhythm only in the fifth. No. 8 batter Justin Lavey started things with a double and scored on Henry Davis' base hit to tie it. Lucas Dunn and Logan Wyatt followed with singles to load the bases with one out, but Fellows got a flyout and groundout to snuff the threat.

Fellows allowed six singles and a double, walked one and struck out six before the bullpen took over. All-SEC closer Tyler Brown worked the ninth for his 15th save.

Detmers labored through the first three innings and he left with two outs in the sixth. Vanderbilt managed only one hit off the sophomore left-hander after Martin's homer and JJ Bleday's single in the first, but the ACC pitcher of the year walked a career-high six during his 102-pitch afternoon.

Vanderbilt caught a break in the sixth when Louisville's Lavey popped up in the grass behind first base. Running with two outs, Danny Oriente came around from second. Infante, the Commodores' first baseman, couldn't make the catch, but the ball had floated just foul, and the call was upheld on a video review.

Lavey ended up striking out, and the Cardinals had only three other batters reach base the rest of the way. They were just 3 for 16 with runners on base.

Vanderbilt will play a Bracket 2 winners' game Tuesday night against the winner of Sunday's late game between Auburn and Mississippi State.