The St. Xavier graduate worked his way from walk-on to starting right tackle for the Cardinals. 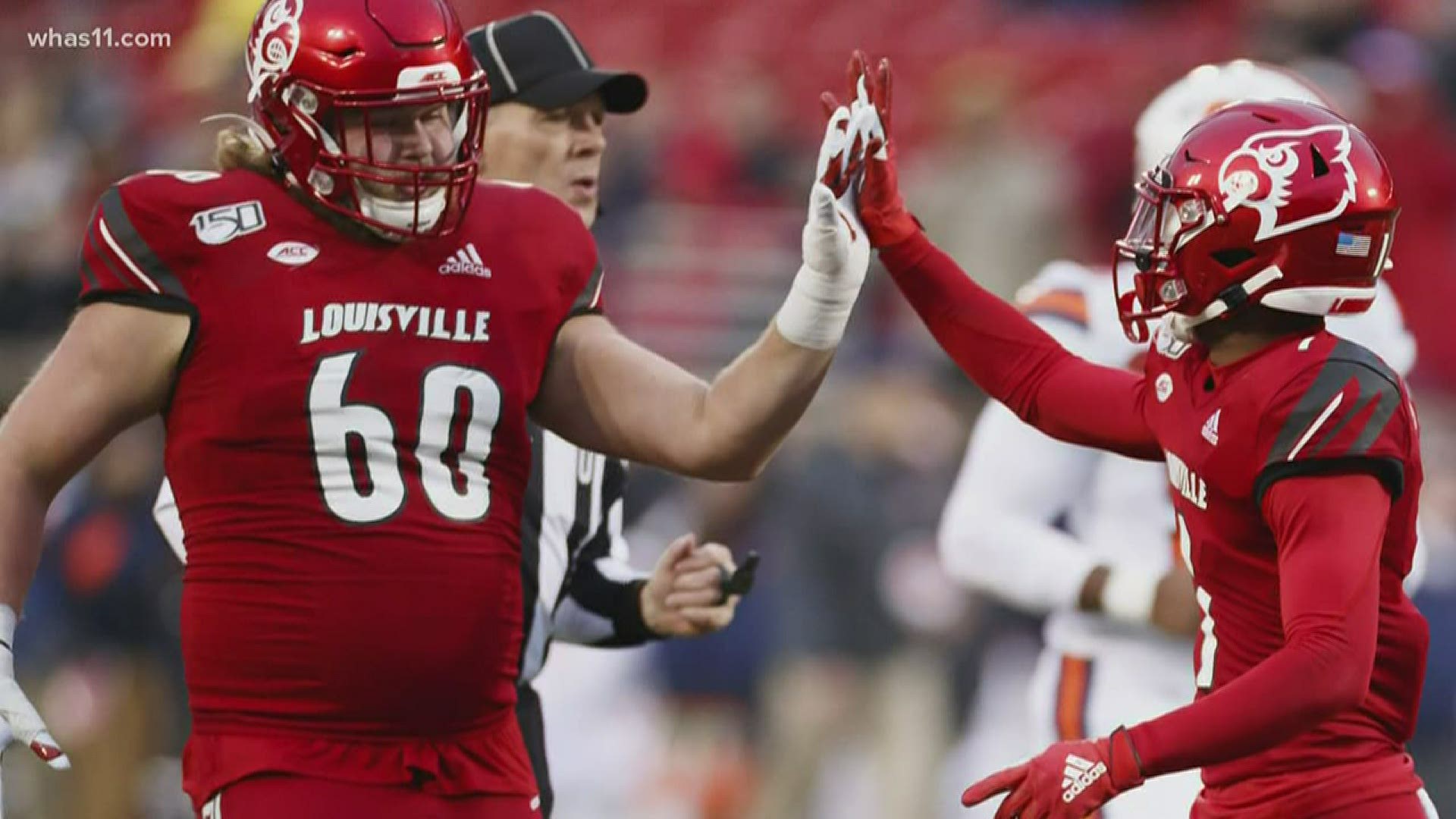 LOUISVILLE, Ky. — In the early years, no one believed Tyler Haycraft.

"I've actually played tackle football since I was in first grade," the Louisville offensive lineman said. "My parents were carrying around my birth certificate just because there were teams, they thought I was older."

But even back then, Haycraft carried something else.

"I've always dreamed about being on that stage and on that level," Haycraft said of the NFL.

The Louisville native could not have imagined chasing his pro football dream in a situation like what COVID-19 has presented. Like any other NFL prospect, he can't be a part of the traditional Pro Day most college programs hold.

"And at that point, I was like, I still want to get something out there because I did all this hard work, all this training," Haycraft said.

So instead, he just showed all of that on his own. The St. Xavier graduate set up a virtual Pro Day at Cardinal Stadium, where he performed solo workouts and drills before posting the videos to social media and sending them to NFL teams. Former Cardinal and nine-year NFL veteran Eric Wood helped coach Haycraft through it, as the two have trained together some.

"It was nice and it was a more relaxed setting," Haycraft said. "It definitely helped me focus more on myself and what I need to do."

"It's super unfortunate that teams weren't able to come in and meet Tyler because I think they would have been as impressed with him as a person as they are as a player," Wood, a Buffalo Bill for his whole pro career, said. "You want guys that you can rely on and he's one of those guys. Just to take the initiative to step up and do a video on his own says a lot about him."

"Teams were asking, they want to just see how a person can move and everything that they're evaluating," Haycraft said. "If I can give them anything that they need, I'm going to try and give it to them."

That's a good way to sum up his college career. The versatile lineman worked his way between special teams and the offensive line to go from a walk-on to UofL's starting right tackle in 2019. Haycraft was a team captain and eventually earned the team's Most Outstanding Player award for its offense.

All of that should help him try to overcome his current pro projection, which has Haycraft being taken in a later round of the draft or going undrafted.

"I'm not sure if he'll get drafted, but I would imagine he'll at least be an undrafted free agent guy," Wood said. "But for a guy that can probably play all five positions along the offensive line, those types of guys are really valuable. He's smart, he's tough. He's hardworking and NFL offensive line coaches love guys like that."

"Being that fringe guy, it's kind of nerve-racking," Haycraft said. "But I'd say the biggest lesson I've learned was have a purpose when you wake up in the morning to attack that day. Push yourself and be where your feet are. No matter what, I'm going to have that mindset that no one's going to go in and outwork me."

Hopefully, someone believes him.

RELATED: Chaplains give inside look at Louisville hospitals dealing with COVID-19