The new indoor football team will be hosting the tryouts at DeSales High School April 3. Those interested are asked to pre-register for the tryout. 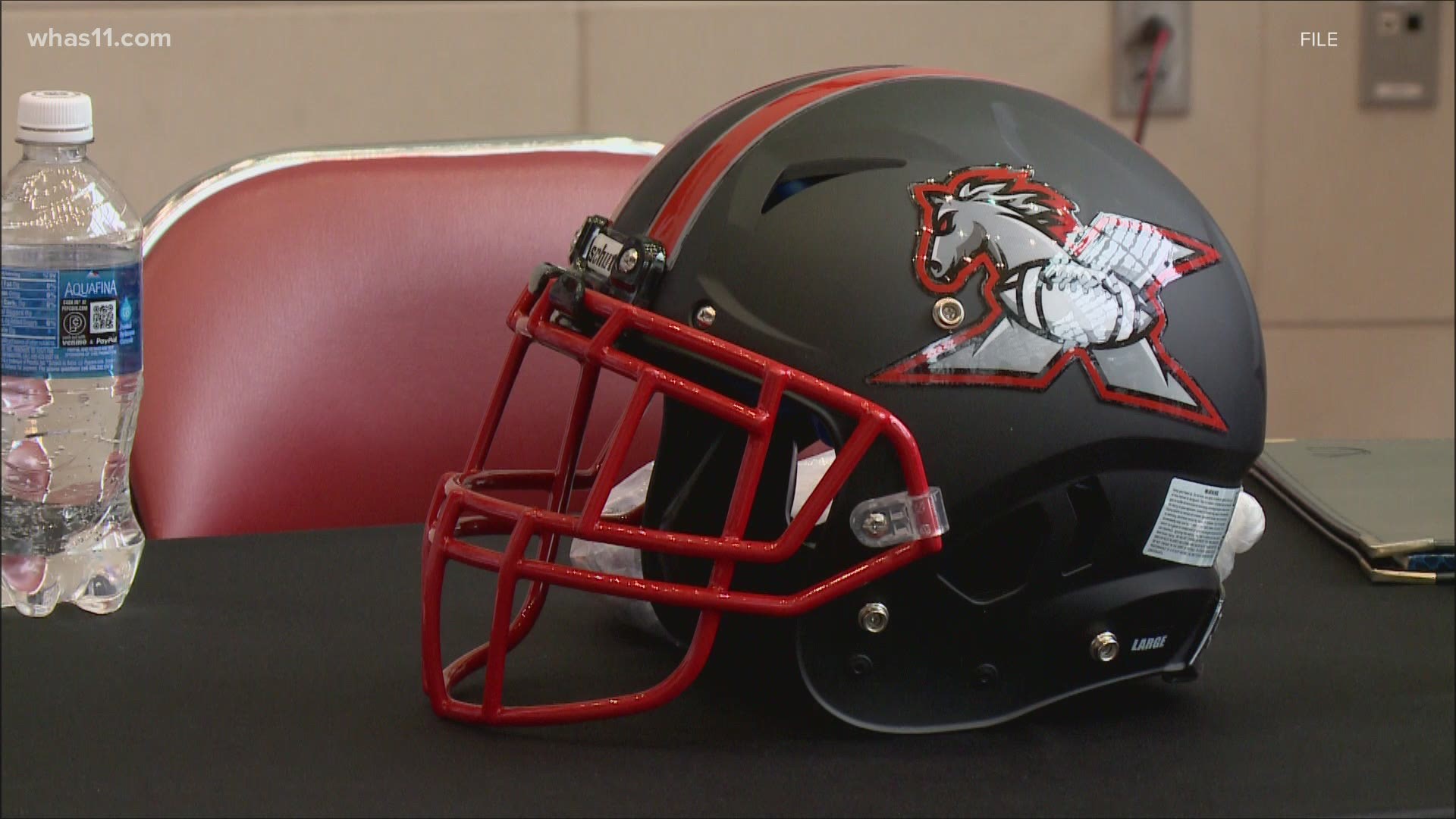 LOUISVILLE, Ky. — Louisville's new indoor football team will be hosting open tryouts this weekend. The Louisville Xtreme announced in late February the team will be playing their home games at the KFC Yum! Center this upcoming season.

Open tryouts for the team are being held at DeSales High School April 3 at Noon. Players interested are asked to pre-register for the tryout. Pre-registration fees cost $50 and at the door fees cost $75.

For the open tryouts, players are expected to take part in several drills including the 40-yard dash, pro shuttle cone, broad jump, position based, one-on-one and team drills.

Do you have what it takes to be Xtreme? If so, we love to see you at our tryouts on April 3rd. #BeXtreme #TeamXtreme #Roadto2021 pic.twitter.com/uQQrfbQKJT

The Xtreme host the Massachusetts Pirates at the KFC Yum! Center April 24 at 7:05 p.m. Home games will air on WBKI-CW, and individual tickets for limited capacity will be announced at a later date.