The Nationals beat the Houston Astros 4-3 in the 2019 World Series. 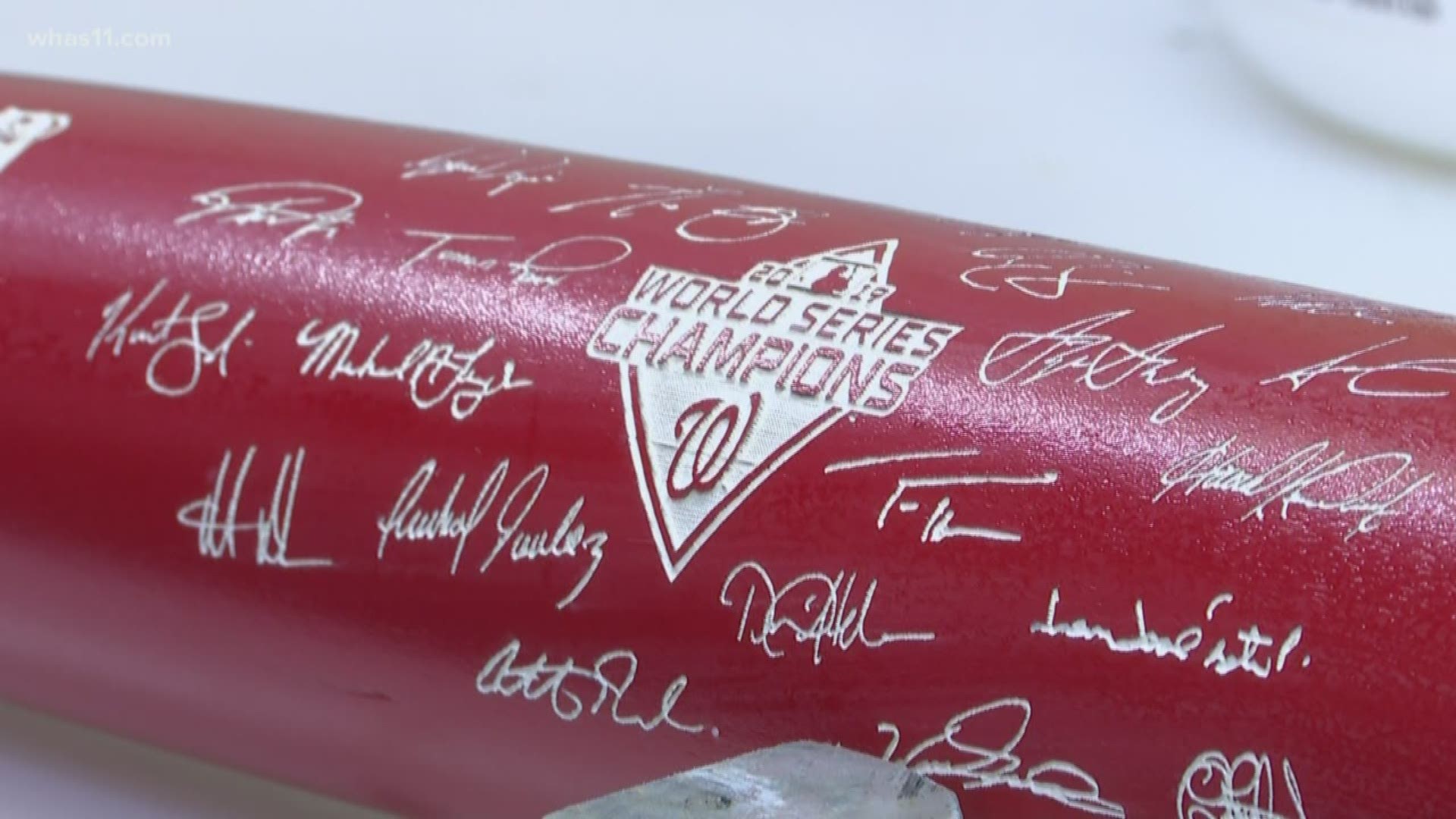 The Nationals capped off their historic championship run with a 6-2 Game 7 win over the Houston Astros on Oct. 30.

This is the first time in World Series history that a home team did not win a game in the series.

The bats, adorned in Nats' red, will have signatures of all the team members laser-engraved onto the bat.

"First time that we've ever done that one and it's really cool. We're only doing a hundred of those," Redman said.

The making of the bats is a labor of love for the employees of the Louisville Slugger factory.

"They get to participate in history. They're making bats for an history event - the World Series and the Washington Nationals' first ever World Championship. And so they take great pride in that. They love to watch the World Series, see the product they made on the field. And then also participate in this way in making a commemorative piece," Redman said.

The official bat of Major League Baseball has a host of celebratory items for Nationals fans in their online shop.