The team was honored with commemorative bats during their visit to the famed bat factory. 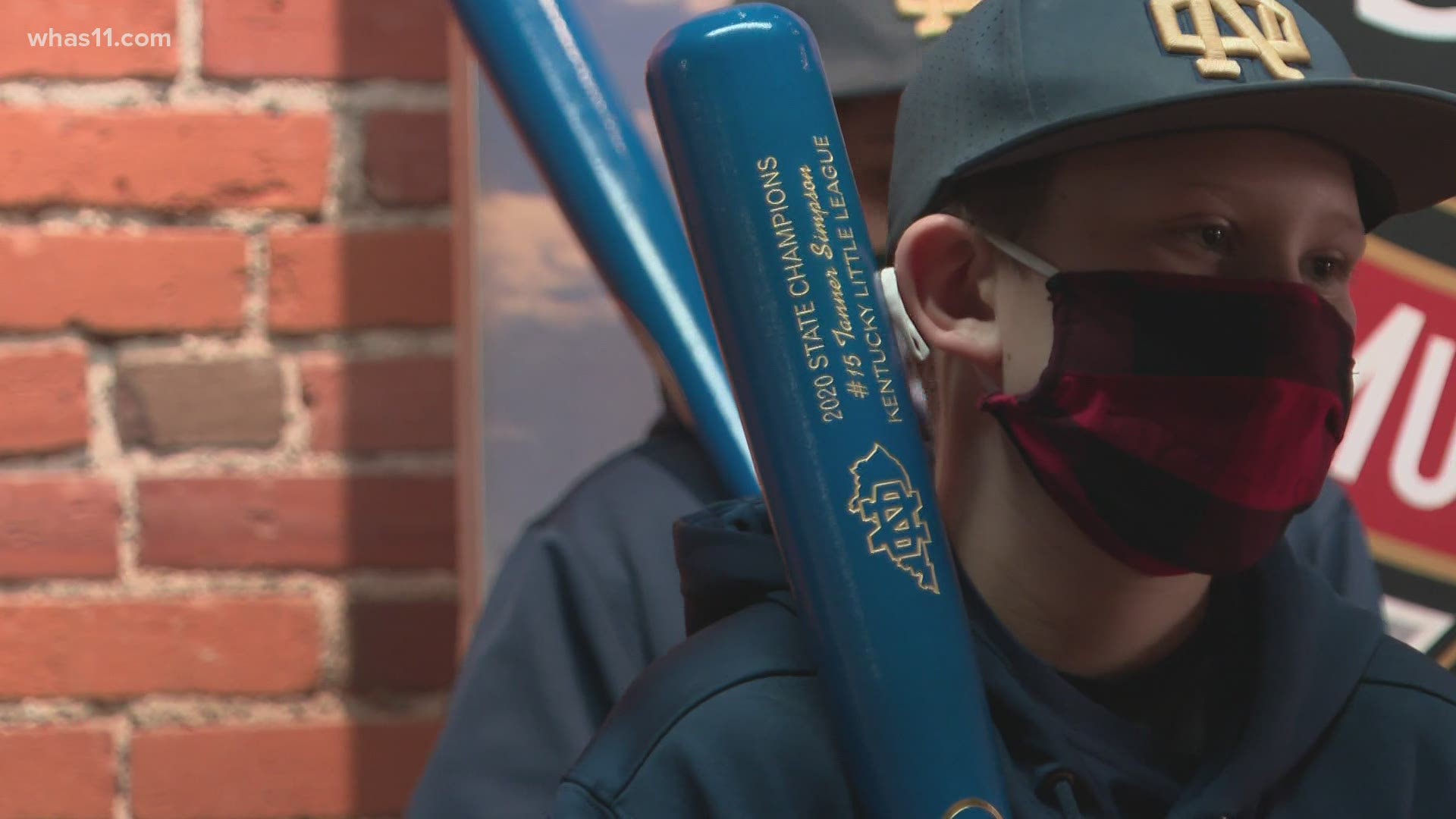 LOUISVILLE, Ky. — According to a release, the Louisville Slugger Museum and Factory will be presenting each member of the Kentucky Little League State Championship team with a commemorative bat.

The North Oldham Little League team won the state championship in September 2020 with a 5-1 record in the tournament.

The team would have gone on to compete in the Great Lakes Region Championship with a chance to go to Williamsport, Pa. to play in the Little League World Series.

Their journey to the Kentucky Little League State Championship began with a majority of the boys on this team when they were 10.

However, the Little League World Series was canceled in 2020.

Additionally, the North Oldham Little League 12U Allstars will get a tour of the museum and factory at Louisville Slugger.