The NCAA alleged an improper recruiting offer and 'extra benefits' was given to the family of a UofL recruit. 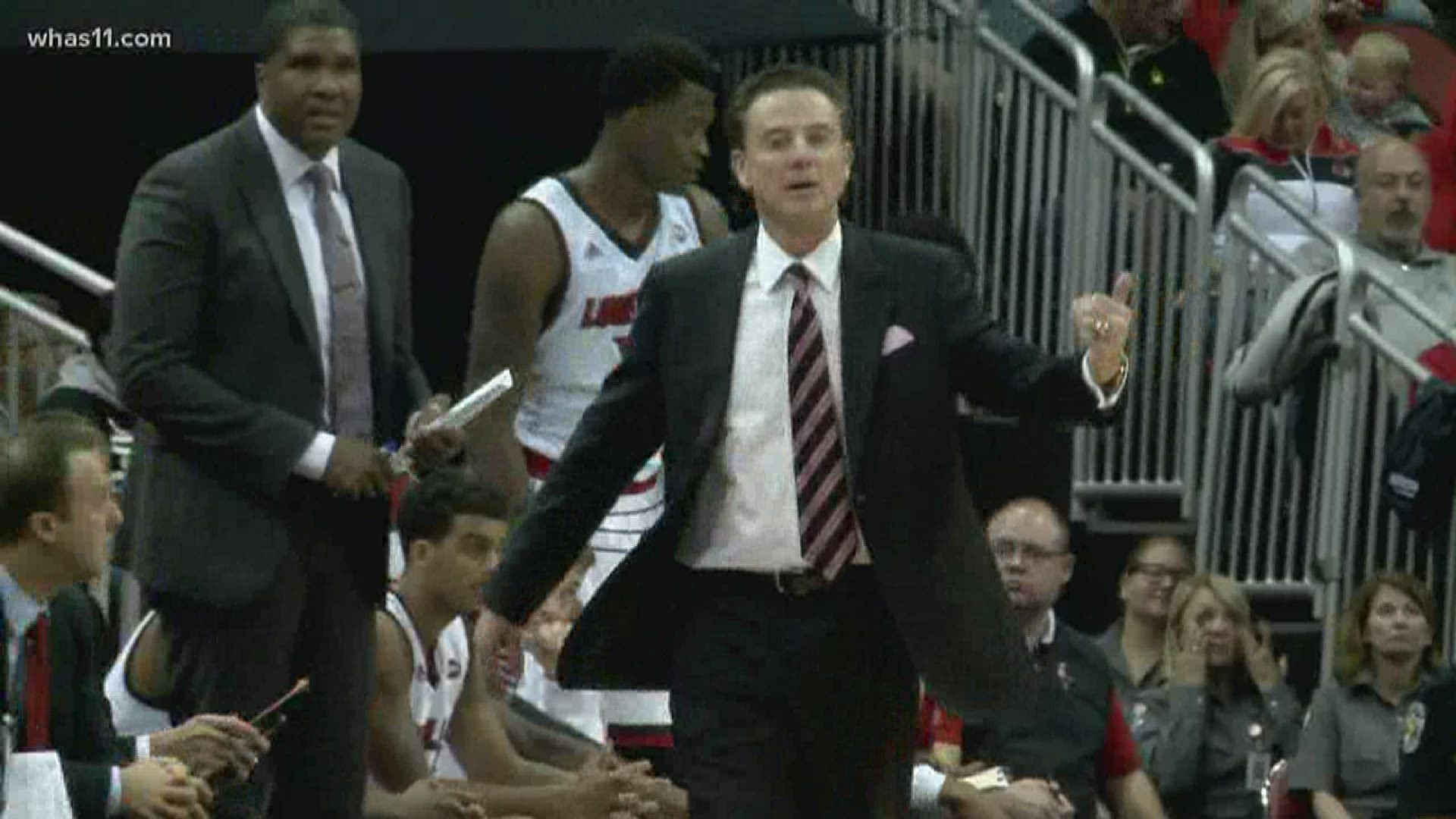 LOUISVILLE, Ky. — The University of Louisville has received a notice of allegations from the NCAA regarding the men's basketball program, the school confirmed.

Allegations include an improper recruiting offer and "extra benefits" to the family of an enrolled student-athlete provided by people connected to UofL through Adidas, as well as a former assistant and head coach during the 2016-17 and 2017-18 seasons.

The NCAA also alleges the university did not adequately monitor recruitment and Pitino failed to promote an atmosphere of compliance. No current administrators, coaches, or players are involved in the allegations.

“Since arriving at Louisville, I have seen up close the incredible changes that have taken place under the leadership of President Bendapudi and Director of Athletics Vince Tyra in our university and in our athletics department," current head coach Chris Mack said. "The shared values and commitment to integrity is evident in their actions and has always been demanded in the programs that my staff and I have led."

While no Louisville players or coaches were indicted in the investigation, Bowen's father did testify that a Louisville coach gave him money for rent to stay at the Galt House Hotel.

UofL President Neeli Bendapudi said the school "will not hesitate to push back," if necessary, and will fully participate in the infractions process.

The NCAA previously vacated 123 wins from the program, including the 2013 national championship, after a 2015 scandal involving the former director of basketball operations Andre McGee providing strippers to players and recruits.

You can read the allegations in full here.

"Today the NCAA released an NOA and alleges a Level II violation against me. I firmly disagree with this allegation and will follow the protocols in addressing this allegation through the administrative process. Due to NCAA bylaws on public disclosure on enforcement issues, I will have no further comment until it is resolved."

Iona College said they are aware of the report and prior to hiring Pitino, the conducted "extensive due diligence." They say they support him and expect him to respond within the process.