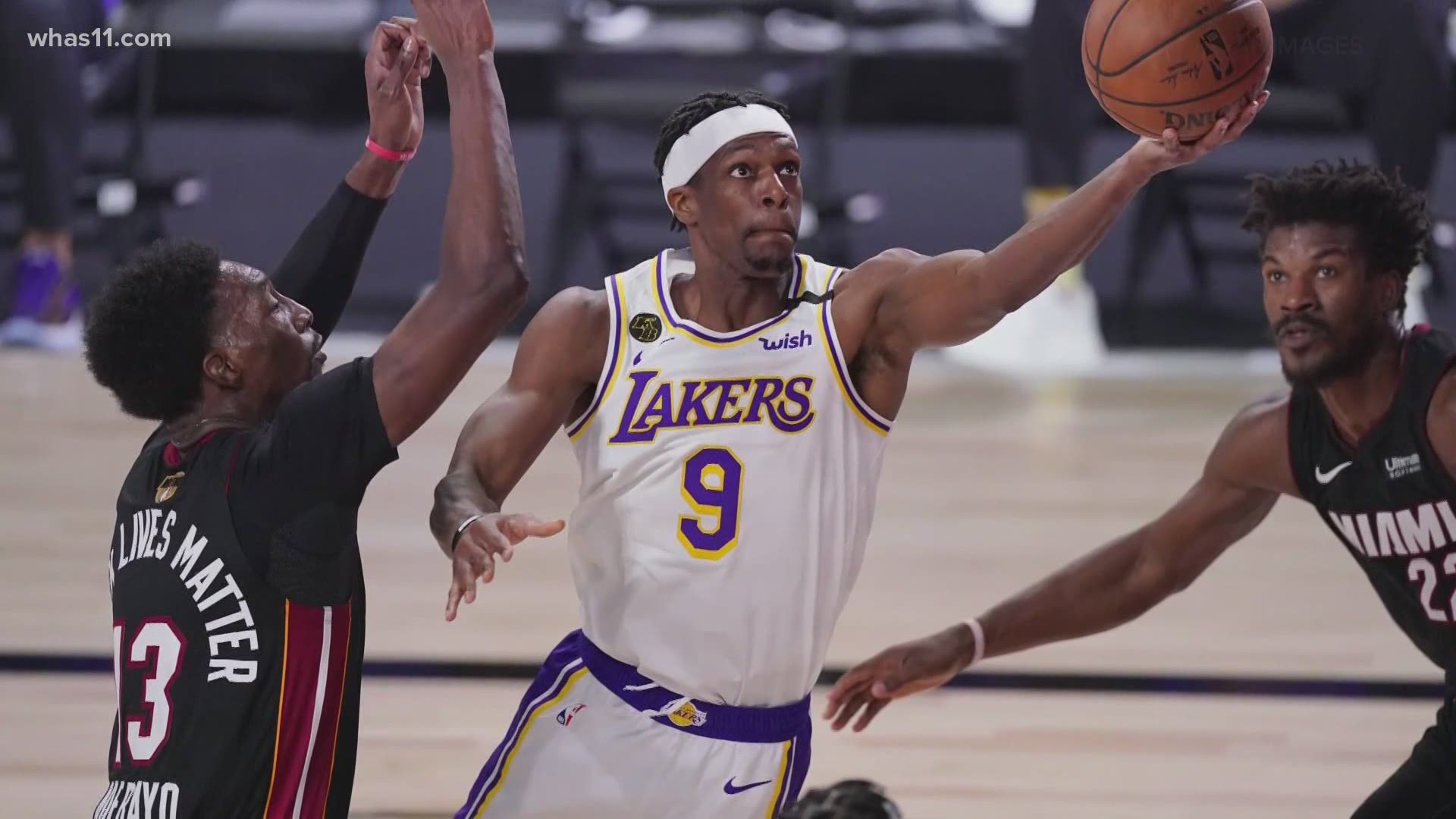 "Knowing the things that he went through as a player, and sometimes being very misunderstood, I'm at a loss for words," Bibby said.

Bibby coached Rondo for three years at Eastern High School before the future Wildcat went to Oak Hill Academy in Virginia. He's stayed close with his former player over the years, helping run his local basketball camp and continuing to serve as a mentor.

So he knows as well as anyone what the four-time NBA All-Star has gone through over the 12 years that separated his two titles, as Rondo won his first with the Boston Celtics in 2008 and his second recently with the Lakers in 2020.

Between those two esteemed franchises, the veteran played for four other teams: the Dallas Mavericks, Sacramento Kings, Chicago Bulls and New Orleans Pelicans. And none of them could give him the championship culture he enjoyed while playing with Hall-of-Famers like Kevin Garnett, Paul Pierce and Ray Allen as Celtics.

"He learned from an early age how to be a professional and how to be a winner from being in that organization and around those players," Bibby said. "So he matured, but I think that was the frustrating thing that he didn't see the same in some of the other organizations that he had learned in Boston."

Until he found what is now the only other NBA franchise with 17 titles in the Lakers. In his second season in Los Angeles, the three-time league assist champion flourished in the playoffs, averaging seven assists per game while adding six double-digit scoring performances. That even included a crucial 19 points in the 106-93 victory over the Miami Heat to clinch this latest Lakers championship.

What Bibby saw was a more mature and experienced Rondo. He's always been a high-IQ player, but the Yellow Jackets head coach noticed the things that make his pupil "the best assistant coach you can have."

That kind of role also proved valuable during what's been a challenging time in our country. Rondo has watched the social unrest in his hometown surrounding the deaths of Breonna Taylor and David McAtee from afar. And according to Bibby, he almost didn't want to pursue this second title because of that.

"He didn't feel like they should play," Bibby said. "He felt strongly about that. And then there was a flip side saying well, the further that we go, the more things that LeBron can say about it. That really, really weighed heavy on him and it still does."

It speaks to how involved Rondo stays in Louisville. He is very active with his foundation and basketball camp, trying to make a difference in the lives of children in the inner city. Interim LMPD Chief Yvette Gentry has helped him over the years with this, serving as the executive director of the Rajon Rondo Foundation.

"I don't think he always gets the credit that he deserves because he's so quiet," Bibby said. "He doesn't do things to get notoriety. He doesn't do things for people to say, 'Hey, look what Rondo did.' But I mean, just what he's doing for the inner city: having Yvette Gentry run his organization, then Will Rondo, his brother, helping...they kept it in the family.

"And Yvette understanding the needs of the city and Rajon having the star power to jumpstart some things, it was an incredible combination. She understood what Rajon's passions were. She helped him orchestrate where those funds needed to go and where star power needed to go. He didn't do it for accolades or anything like that. He just did it because that's what he wanted to do and that's where he came up from. He came up in College Court and Rajon knew what it was to be an inner city kid."

That's what he'll continue to carry with him right back to Louisville. It's that unselfishness that's not just made him a two-time NBA champion, but also established a hometown legacy.

"He wants to move back home and he does want to make a difference," Bibby said.