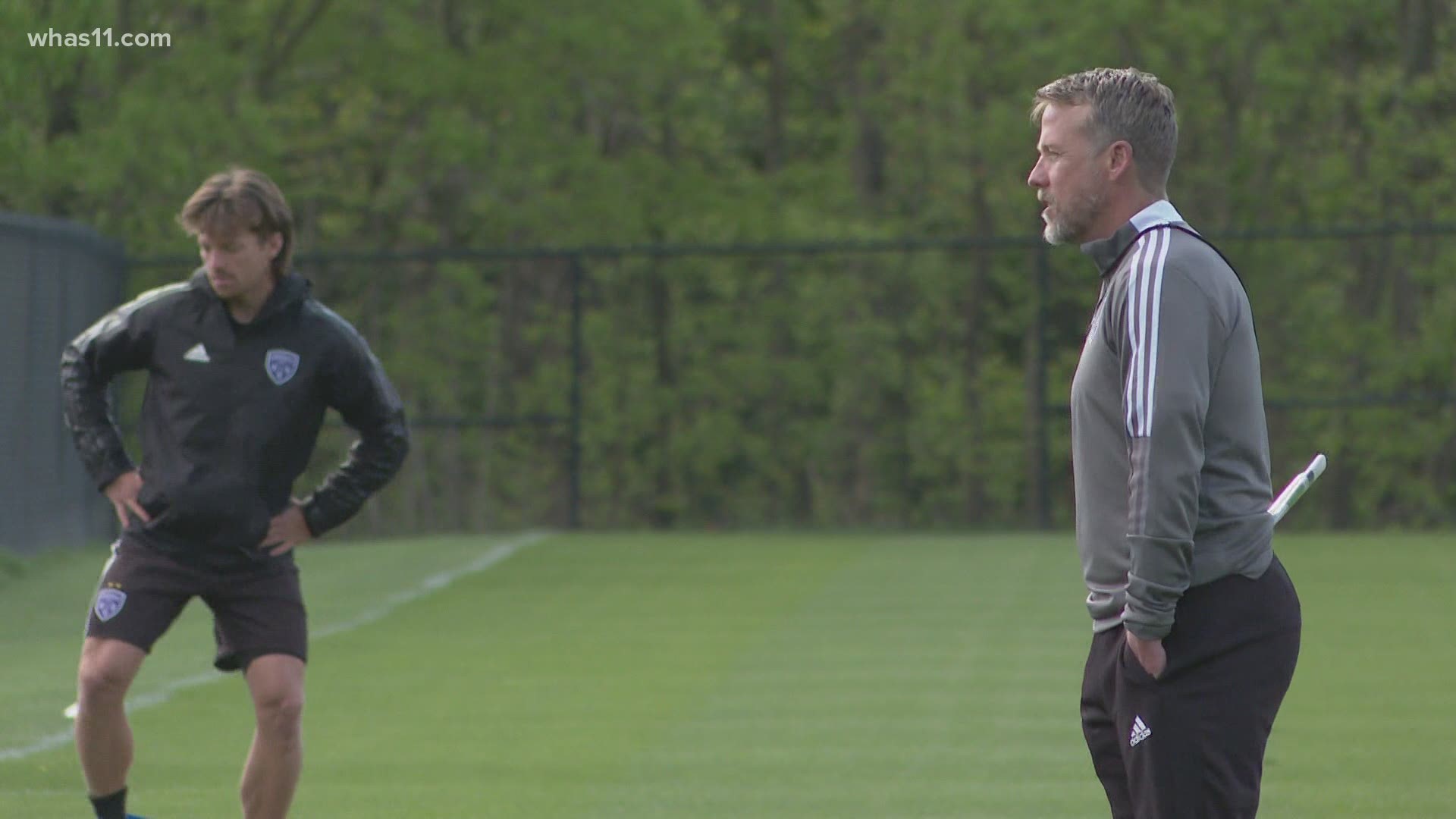 LOUISVILLE, Ky. — For the first time since Louisville City FC announced a mutual agreement with former head coach John Hackworth to terminate his contract on April 27, members of the club met with reporters and discussed the coaching change.

Former top assistant Danny Cruz is the interim head coach. Cruz, along with players made available in Corben Bone and Paolo DelPiccolo, did not provide specific details as to what occurred to lead to Hackworth's departure. The club and former head coach have not disclosed the reasons for the split.

"John is a mentor of mine," Cruz said. "He's a friend and always will be. We have an unbelievable relationship. And ultimately, I'm here because of some decisions that he made."

"He's taught me things about the game that I've taken with me to each team that I've been on," Bone said. "And he'll obviously be missed. But it happens."

"We all like Hack, we miss Hack and we're sad to see him go," DelPiccolo said. "But this is soccer."

DelPiccolo said Hackworth did not address the locker room before his departure.

According to the captain, players found out the news in a meeting with the team's ownership and Cruz. They also held a players-only meeting.

"The message was the exact same thing I'm telling you now: We have a job to do," DelPiccolo said. "A job doesn't change depending on who the coach is. The job is to go out there and compete every day in training, get better every day in training and win every weekend."

LouCity already won its first game of this season, a 2-0 home victory over Atlanta United 2. Cruz said he didn't take much time for shock when learning of the change.

"I've been in this game for a really long time," Cruz said. "Things happen. And ultimately, you remind yourself you have a job to do. So what did I do that evening? I started to prepare. And the players came to work the next day and looked to get better."

Cruz has been a member of the LouCity staff since September of 2018. He saw that squad win a second straight USL Championship title. The former MLS player takes over a club featuring the core of a team that went to a sixth straight Eastern Conference Final last year.

"So ultimately, how I got here is irrelevant. It's how do I take this group forward? And that's what I'm going to try to do every single day. It's an opportunity for myself and these players every single day, for their own futures, to come out and give us the best that they can."

Bone and DelPiccolo said the players trust Cruz, are excited for him and believe he will be similar to Hackworth. All three don't see this transition being a distraction and reiterated the same message to move forward.

"The goal here is to win a championship," Cruz said. "That expectation doesn't change here at Louisville City, whether it's me or somebody else in the seat. So those players in there understand that expectation."

LouCity hosts the Birmingham Legion on May 8 at 7:30 p.m.