The look, designed by the Matthew Wolff Design firm, is similar to Racing Louisville FC's brand. 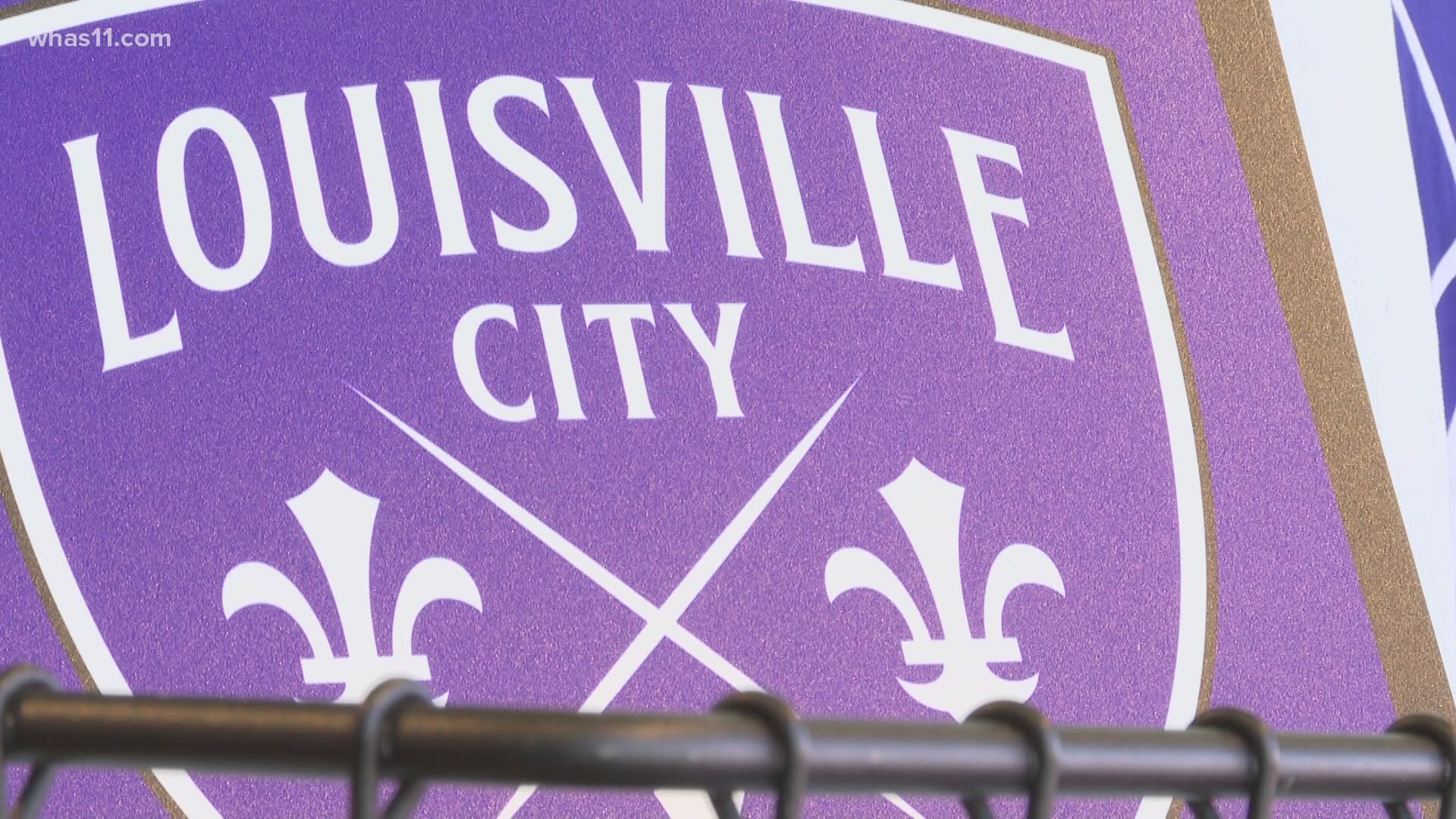 Club President Brad Estes said the change is about evolution, not changing the LouCity's identity. The stars above the team's purple crest mark the club's two league titles, while the single fleur de lis on its previous crest has been increased to three white fleur de lis.

The Matthew Wolff Design firm, the team behind Racing Louisville FC's lavender crest, commissioned LouCity's new logo. The look is similar to Racing's brand because the two will sit beside one another.

“We will always pay homage to our original crest used for LouCity’s first six seasons,” said Mitch Ried, vice president of sales and marketing. “We also felt as our organization has grown from not only a USL club but also into a beautiful new stadium, youth academy and an NWSL franchise that we needed to accordingly update our brand."

New LouCity merchandise will be available at shop.loucity.com and the team store at Lynn Family Stadium from 10 a.m. to 6 p.m. Monday through Saturday. Season tickets for the 2021 season are also on sale on LouCity's website.

LouCity’s technical staff and players were shown the new branding before its release, with head coach John Hackworth saying they "were all impressed with it."