Four boys in purple scored, resulting in a 4-2 final score. LouCity's next game is Saturday against OKC Energy in Oklahoma. 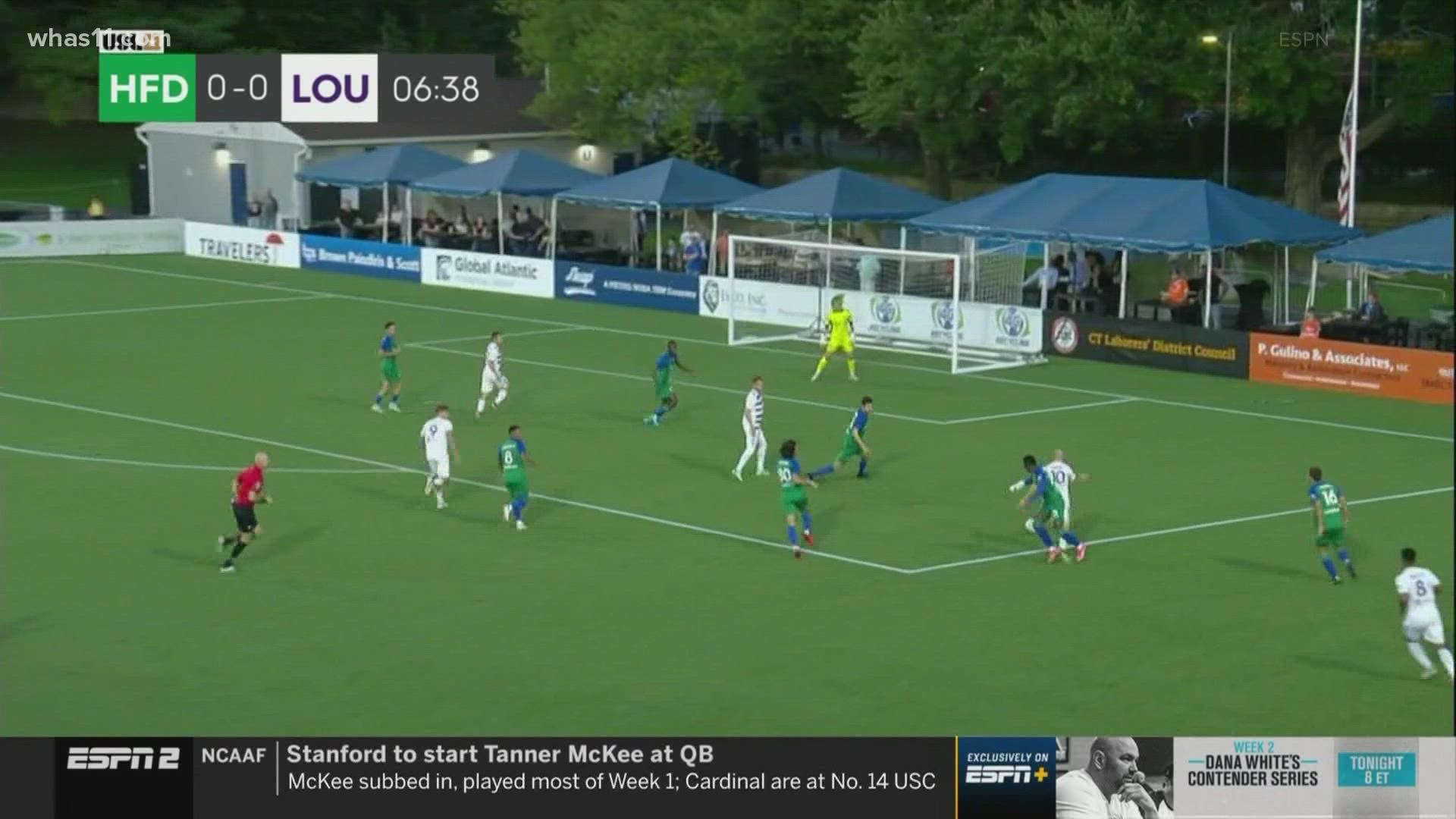 LOUISVILLE, Ky. — Louisville City FC snapped its two-game losing streak after a victory on the road against Hartford Athletic Tuesday. Four boys in purple scored, resulting in a 4-2 final score.

Before the match, the lead in the USL Championship Central Division was just a single point. But with the win, LouCity is back up four points ahead of the second-place Birmingham Legion.

The players made their offensive presence known in the box, with 14 shots and 11 of them on goal.

Cameron Lancaster started LouCity off strong with a goal early in the sixth minute. In the 28th minute, the post deflected a shot by Cameron Lancaster. But Jorge Gonzalez was there for the loose ball and finished it in the back of the net.

Hartford was able to tie it up at two just before the second half. However, for the last 45 minutes, LouCity was able to shut them out--and tacked on a few extra goals.

Brian Ownby headed one into the net in the 56th minute. Just three minutes later Antoine Hoppenot put the dagger in with his shot curving from the left. This was the second time that the club had four players score. The last time was over a month ago, on Aug. 7.

For their next match, LouCity heads to Oklahoma to take on OKC Energy on Sunday.