LouCity will resume its season on July 11 and the stadium will hold 50% of its 15,304 capacity, officials said. 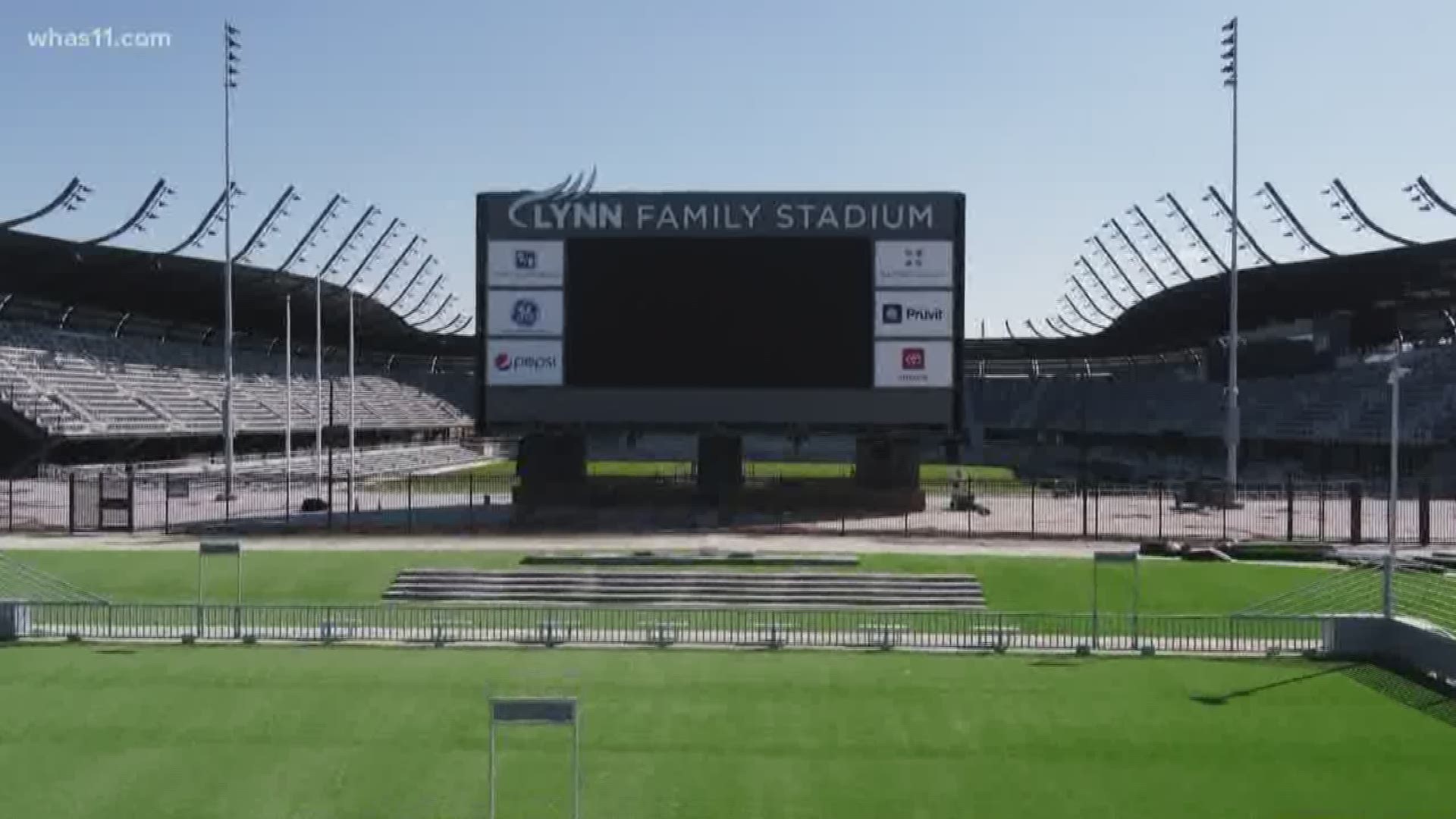 LOUISVILLE, Ky. — The sounds of soccer will soon fill the Butchertown neighborhood as Lynn Family Stadium will reopen later this summer.

“In what’s been a challenging year, we’re excited to be able to open our stadium in front of supporters who have been with us from the beginning,” LouCity president Brad Estes said in a statement.

LouCity will resume its season on July 11.

LouCity said when individual tickets become available, they will make an announcement at a later date.

“We have waited a long time for the first match in Lynn Family Stadium,and we are excited that we will be able to have our biggest fans in attendance,” Mitch Ried, LouCity’s vice president of sales and marketing, said.

A schedule for USL and competition structure has not yet been released.

Louisville City FC began the season with a 1-0 victory on March 7 against North Carolina FC before their season was halted due to the coronavirus.

Here’s what fans can expect when visiting Lynn Family Stadium:

Trained staff will before matches clean and disinfect all areas — among them touch points such as handrails, seats and restrooms — in accordance with Centers for Disease Control and local guidelines.

Anyone entering Lynn Family Stadium will undergo a temperature check. Those who register at 100.4 degrees or higher will be allowed 15 minutes in a cool-down area before a second screening. Those at or above the temperature threshold will not be admitted.

Cloth face masks or or coverings will be required in Lynn Family Stadium. Additionally, fans can bring only clear bags. No backpacks or other bags are allowed. Standard security screenings and metal detection will continue.

Markers and staff will be placed to enforce physical distancing from arrival to Lynn Family Stadium until exit.

Non-contact hand sanitizer dispensers have been placed throughout the stadium.

With gates opening 90 minutes before kickoff, ticket holders will be provided a suggested arrival time and entry point.

All concession items will be delivered in an enclosed container or wrapped with plexiglass barriers at all points of sale. Cups will be served with lids and condiments will be packaged.