Bob Peake has tied in personal moments for every stat and score in his 46 years following Kentucky basketball. 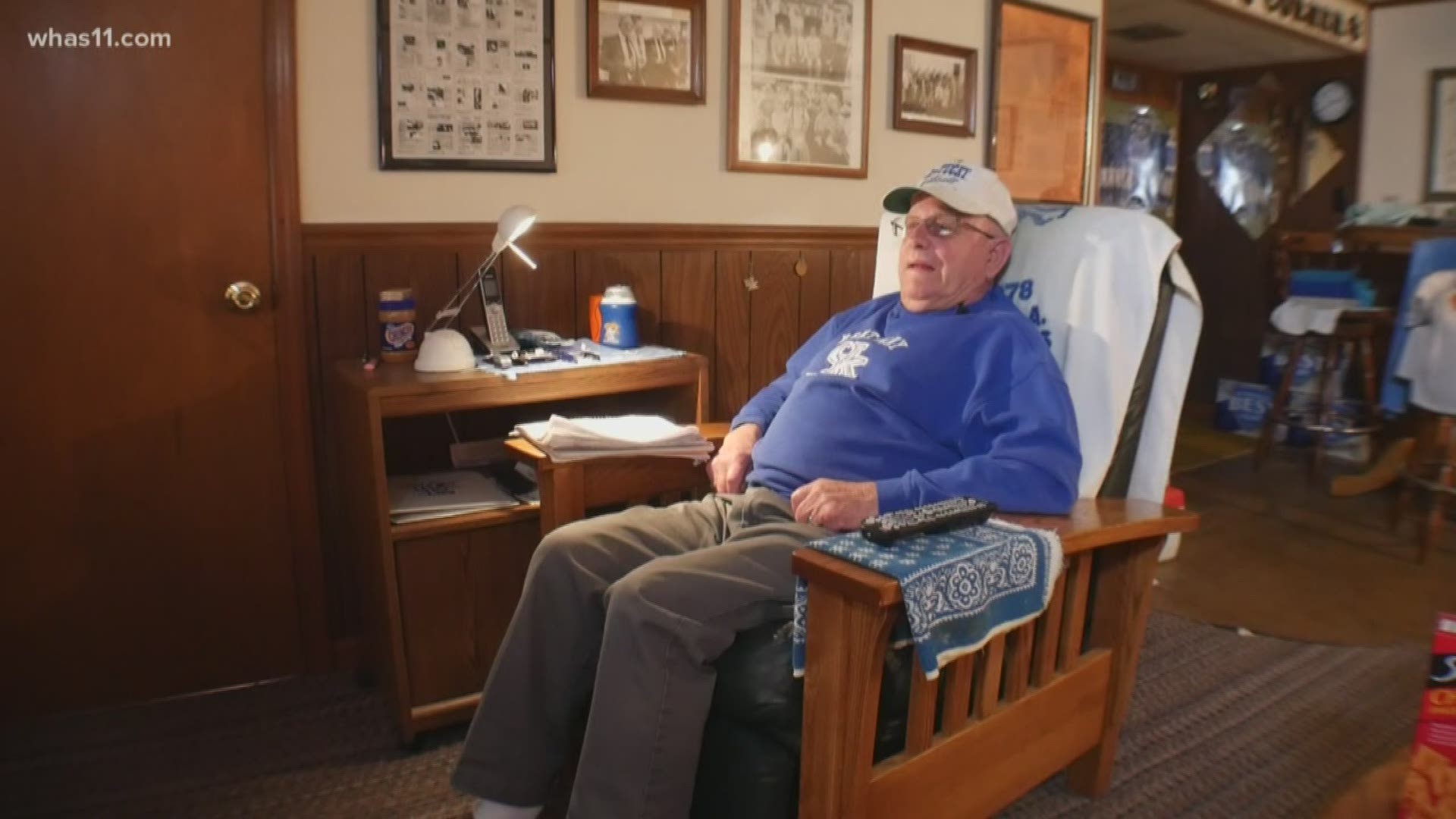 LOUISVILLE, Ky. — Between the binding of every notebook lies a bond to Kentucky basketball that began at an early age for Bob Peake.

He has kept every score and every stat for every Kentucky basketball games for the last 46 years.

With those stats are decades of details documented in 8 notebooks.

However, each page reveals more than just the team’s records.

Written between the lines is a glimpse into Bob’s wins and losses.

On his 50th wedding anniversary his Wildcats squeaked by Texas A&M in overtime.

Even after all this time, Bob says Christian Laettner should’ve been kicked out before he hit the shot to knock Kentucky's "Unforgettables" out of the NCAA tournament.

"He stepped on Timberlake!", he said.

It's a life story that picks up only on Kentucky’s first game of the season and gets put on hold after their last.

"It's something for an old man to do," Bob said.

His favorite things all in one place.

Judy Peake was the reason for his smiles even when she wasn’t paying complete attention to the Cats.

"I would be sitting here and she would be over there crocheting and she would ask for the score and I would say 'Well why don't you watch?'," he said.

Just before the 2013 season Judy was diagnosed with stage four cancer. The doctors said she would have two years to live.

Bob, however, did did write about it and included updates on her condition, filling the corner of each page.

"I don’t think she ever seen anything I wrote down," he said.

While an undefeated Kentucky team advanced in the big dance, this couple learned, it would be their last season together.

"I didn’t think it was gonna happen but it did that’s why I’m glad I got this," he said.

The notes didn’t stop and neither did Bob’s passion for the big blue, a great distraction from his grief.

For the last five seasons, he has dedicated every page of stats to the person ranked number one in his heart.

"All these days I always wrote something in there about her," he said.

A sudden ending to the 2020 collegiate season meant his story was cut short.

It’s why Bob is more anxious than ever for sports to come back so he can open up notebook number nine.

He'll be hoping somewhere in those pages will be title number nine for his beloved cats.