NFL roundup: Super Bowl hangover for Tampa? Are the Cardinals good? Chiefs looking to get back on top

On the Locked On Today podcast, we preview the year ahead for the Tampa Bay Bucs, Arizona Cardinals and Kansas City Chiefs. 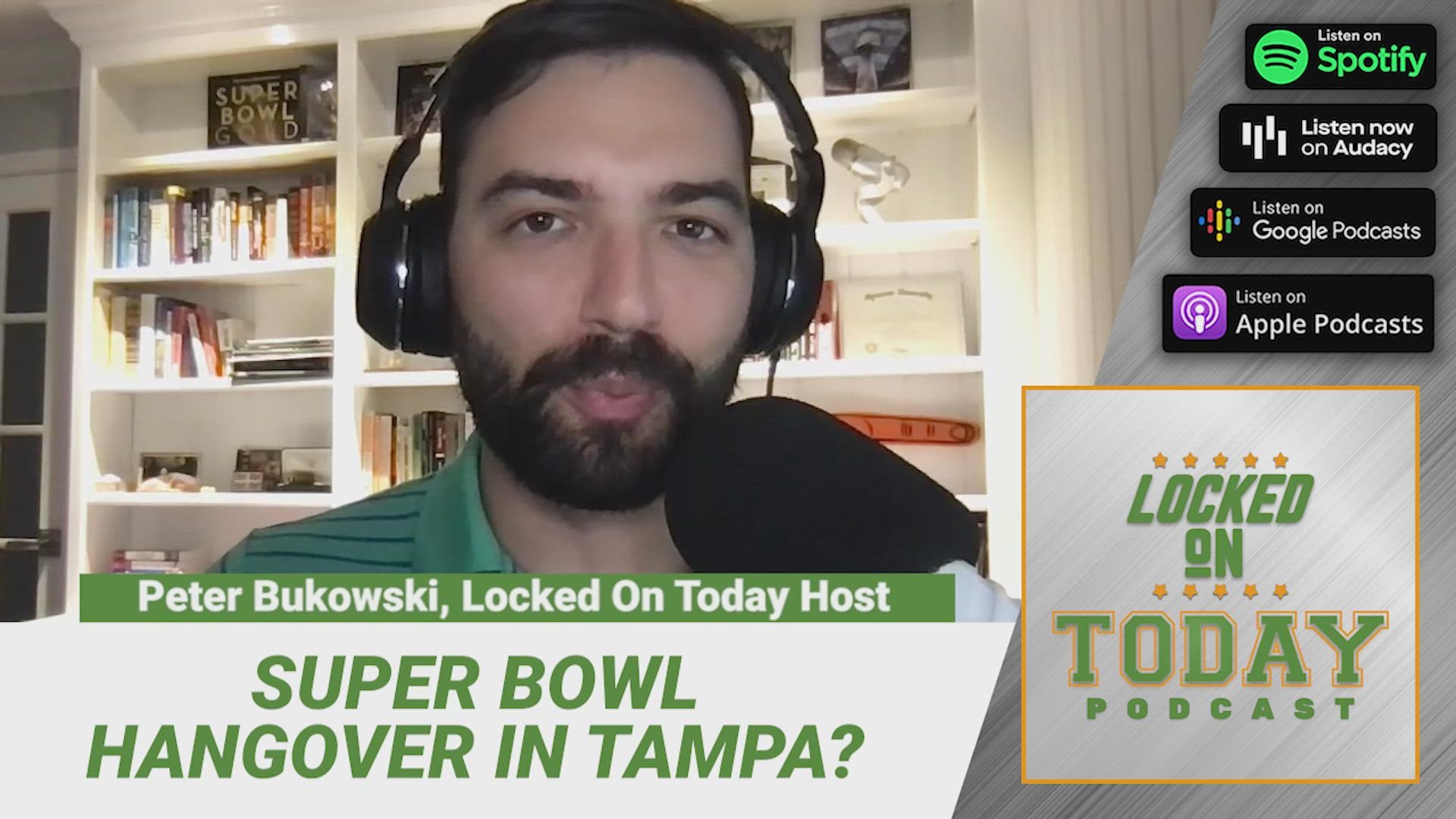 TAMPA, Fla — Should we expect a Super Bowl hangover for the Tampa Bay Buccaneers? Are the Arizona Cardinals good? How can the Chiefs get back to the very top?

As the preseason moves forward, we're previewing and forecasting teams across the NFL on the Locked On Today podcast.

Super Bowl hangover for the Bucs?

The Tampa Bay Buccaneers are the first championship team to ever bring back all 22 starters. Their roster is scary. Will that prevent them from having a Super Bowl hangover?

James Yarcho of Locked On Bucs joined Locked On Today to preview the year ahead for the defending champs.

"You know the NFL is a funny animal," Yarcho said. "You could have a team come out of nowhere. It's all about what team gets hot. The Buccaneers got hot after they lost to the Chiefs in the regular season and rattled off eight straight because they just started clicking at the right time. So it's not always the best team that wins the Super Bowl. It's what team is playing the best at that moment in time. But you could make a strong case that the Buccaneers are in fact the best team in the NFL."

Yarcho said one of his biggest takeaways from camp was how good the Antonio Brown and Tom Brady connection looked. He believes Brady can be even better this year.

"(Antonio Brown) having a full offseason, he understands the offense. Find someone who loves you the way Tom Brady loves throwing to Antonio Brown because it's no joke. This team could end up with three 1,000 yard receivers in Evans, Godwin and Antonio Brown," Yarcho said. "Again, health is going to be a big issue. But yeah, they absolutely can get better than they were last year because Tom Brady's not learning the offense, he's refining it. They figured out what worked late in the season. They're using that as a big strength."

Are the Arizona Cardinals any good?

The Arizona Cardinals had one of the most disappointing finishes in the NFL when they lost each of their last two games last season, both against teams playing backup quarterbacks, needing to win just one of them to make the playoffs.

They had one of the busier offseasons in the NFL, picking up J.J. Watt, Malcolm Butler, Rodney Hudson, A.J. Green, Matt Prater and James Conner. Are they ready to be a legitimate contender?

Bo Brack and Alex Clancy of Locked On Cardinals joined Locked On Today. Clancy said it's really going to come down to Kliff Kingsbury's effectiveness as a playcaller and game manager.

"At this point, when you have veteran leadership like DeAndre Hopkins and AJ Green, you have Rodney Hudson under center to shore up the offensive line. You have Rondale Moore, who seems to be electric so far, they're going to run in the slot and outside kind of be the gadget guy. If you can't run the offense effectively, as Kliff Kingsbury, with this offense, what is he doing here? And I've said this all the offseason," Clancy said. "If the offense isn't the strength of the Arizona Cardinals, why is Kliff Kingsbury the head coach? And he just needs to call better plays from play one to the last play of the game."

But, with the addition of JJ Watt to the defensive line with Chandler Jones, plus Budda Baker and Malcolm Butler in the secondary, could the defense be the Cardinals' strength?

"There's one place that things have to go right for this Arizona Cardinals defense to be good, to be a top 10 unit, and that's the defensive secondary," Brack said. "They're gonna ride with Malcom Butler who replaces Patrick Peterson, it could be the status quo is production. But then they've got a couple rookies that everybody's intrigued by Marco Wilson who they traded up for out of Florida absolute just tool shed, but can he get it together between the ears? So far so good, one preseason game into it. It could be special, it could be the Arizona Cardinals calling card despite having Kliff Kingsbury as their head coach, Kyler Murray as the quarterback and DeAndre Hopkins as their top receiver."

Can the Chiefs get back on top and win it all?

The Kansas City Chiefs have been to two straight Super Bowls and three straight AFC Championship games. Can they keep it rolling and get back to where it's them hoisting the Lombardi Trophy?

Chris Clark joined Locked On Today to talk about Kansas City's chances this year. The weakest point for the Chiefs was the offensive line. While it still has some questions, it's supposed to be much stronger this year.

🏈Should we expect a Super Bowl hangover in Tampa? w/ @JYarcho_BUCS.
🏈Are the Cardinals legit? w/ @BoBrack @ClancysCorner.
🏈How can the Chiefs get back on top? @ChrisClarkNFL joins @Peter_Bukowski.