NFL roundup: Can Joe Burrow get Bengals in the mix? Stafford boost for Rams; Giants preview

On the Locked On Today podcast, we preview the year ahead for the Cincinnati Bengals, Los Angeles Rams and New York Giants. 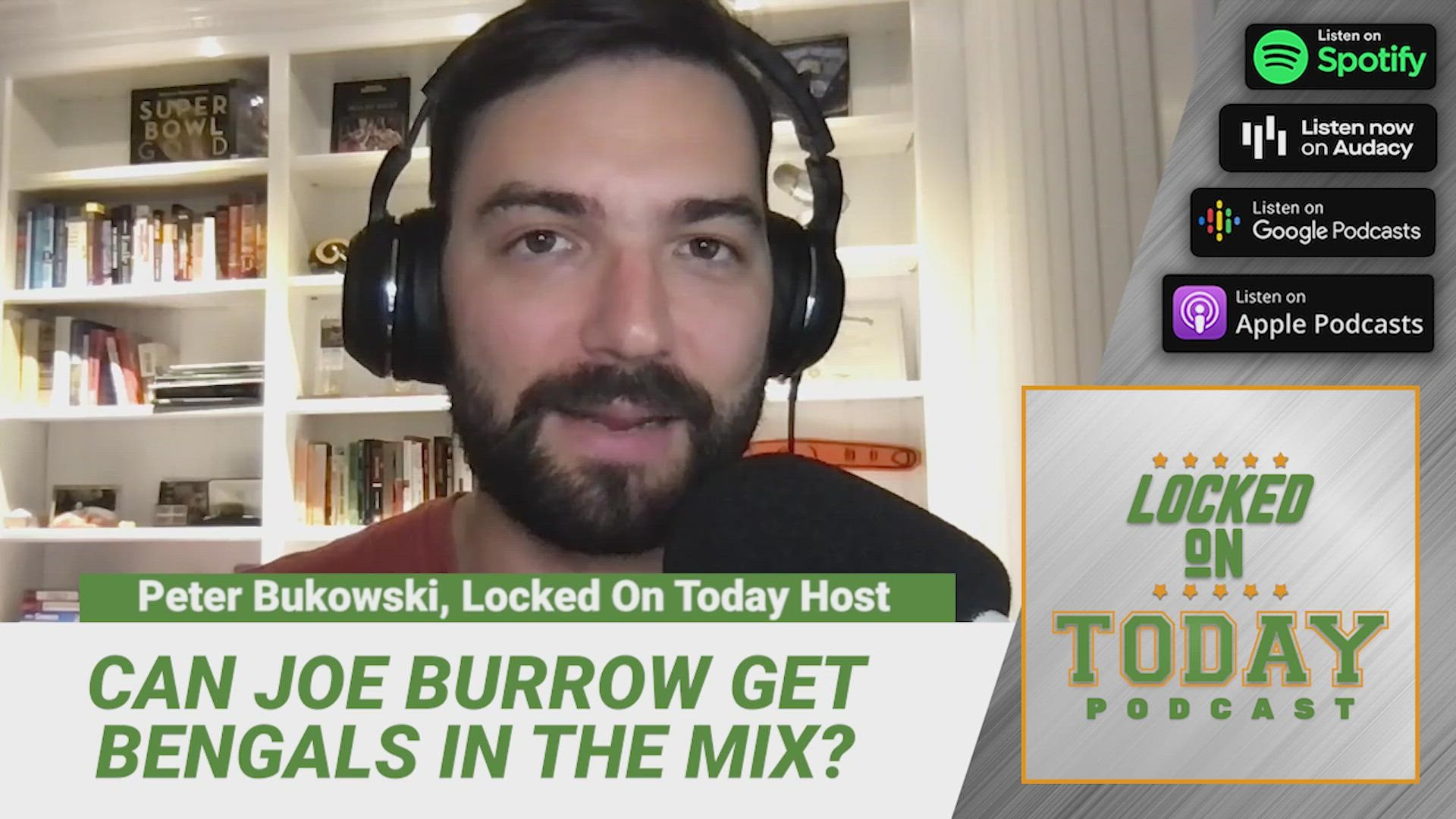 CINCINNATI — Can Joe Burrow propel the Bengals into the playoffs this year? How big of a boost will Matthew Stafford provide the Los Angeles Rams? And, how will we judge success for the New York Giants this year?

As the preseason moves forward, we're previewing and forecasting teams across the NFL on the Locked On Today podcast.

Can Joe Burrow get the Bengals in the mx?

Former first overall pick Joe Burrow is heading into his second year in Cincinnati after a torn ACL in Week 11 last season ended his rookie year early. Can he bounce back and get the Bengals where they need to be?

Jake Liscow of Locked On Bengals joined Locked On Today.

"If Joe Burrow comes back and has a reasonably healthy season, it looks like he's feeling a lot more confident," Liscow said. "The weapons on the outside that they've emphasized, and with Joe Mixon, if they are the weapons that we think they are, they're an explosive offense and a good enough defense. You can see them competing, but they're in a tough division and the AFC is chock full of good quarterbacks at this point."

Is it reasonable to think that the Bengals could get to the playoffs this year?

"I think they can flirt with a Wild Card spot if everything goes right," Liscow said. "I mean, that's a lot to talk about, of course, but the primary one being the offensive line and the investment on the defensive side of the ball plays out the way that they want it to."

How much of a boost does Matthew Stafford provide the Rams?

The Los Angeles Rams made a huge offseason move, upgrading at quarterback by trading for former Detroit Lions quarterback Matthew Stafford and trading away Jared Goff.

The Rams, with a banged up Goff and backup John Wolford, made it to the playoffs last season, winning a playoff game largely thanks to their stout defense. Can Stafford get the Rams back to the Super Bowl? Sosa Kremenjas of Locked On Rams joined Locked On Today to give his thoughts.

Listen to the full conversation here

How will the New York Giants judge success this season?

The New York Giants haven't made the playoffs since 2016, but with Saquon Barkley returning from injury, Daniel Jones entering his third season at quarterback and Joe Judge in his second year at head coach, is this team due for a breakout year?

Patricia Traina of Locked On Giants joined Locked On Today to give her thoughts.

"They have to stay healthy. The offensive line, fingers crossed, has got to perform. That's my biggest concern right now," Traina said. "But I think in terms of Daniel Jones, what they're going to be looking for is they want him to go from being a game manager to the type of quarterback who can load a team on his shoulders, carry them across the finish line. There were several times last year where Daniel just simply fell short. Turnovers were a problem, obviously processing mental processing was a problem for him. These are all things he can control."

Listen to the full conversation

🏈Can Stafford bring the Rams to the Super Bowl? w/ @QBsMVP
🏈How will the Giants' success be Judge-d this season? w/ @Patricia_Traina
🏈Can Joe Burrow get the Bengals in the mix? @JakeLiscow joins @Peter_Bukowski.