Boston's pitching was on point and their bats showed up in their AL Wild Card win over the Yankees. The Dodgers and Cardinals square off on Wednesday night. 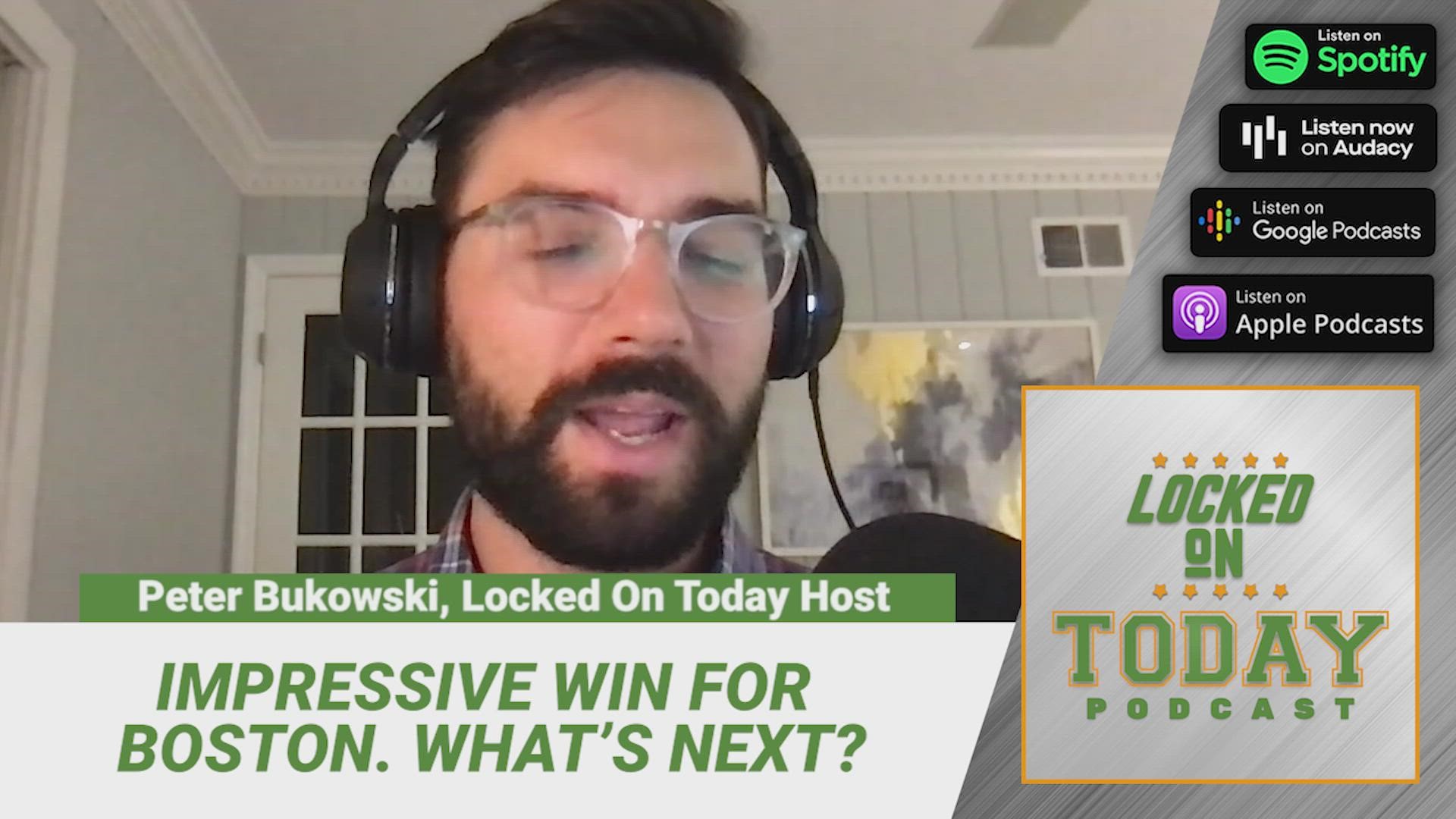 BOSTON — The Boston Red Sox controlled nearly the entire game on Tuesday night, defeating the New York Yankees 6-2 behind an impressive starting performance from Nathan Eovaldi and an early start with a first inning two-run homer from Xander Bogaerts.

The 'Green Monster' played some great defense for Boston as well with two Giancarlo Stanton deep fly balls hitting off the top half of the ball and back into play, both resulting in no runs.

On Wednesday's Locked On Today podcast, Lauren Campbell of Locked On Red Sox joined the show to talk about the win and what Boston needs to do to keep winning.

Locked On MLB Insider Gordon Beckham also called how the Red Sox would handle Yankees ace Gerrit Cole on Tuesday night, saying Boston should go after Cole's fast ball early and often, and they did just that.

Cole exited the game in the third inning with no outs after giving up three runs on four hits and two walks.

Yesterday our Locked On Insider @gordonbeckham explained just how the Red Sox' hitters could get to Gerrit Cole... and he nailed it.

Watch our preview of the Cardinals vs Dodgers game tonight
📺 https://t.co/vpdozNNPon pic.twitter.com/dY6hhpghLT

Boston now moves on to a five-game series in the ALDS with the 1-seed Tampa Bay Rays. This season, Boston went 8-11 against the Rays, 5-4 at home and 3-7 on the road.

The Los Angeles Dodgers may have won 106 games this season but it's all on the line tonight in a one-game NL Wild Card showdown against the St. Louis Cardinals, baseball's hottest team in September, thanks to a wild 17-game win streak to lock up the Wild Card.

The Dodgers are the defending champions, have much more talent in the lineup, but the Cardinals have nothing to lose and are major underdogs.

Adam Wainwright takes the mound for St. Louis and the 40-year-old has had an incredible season on the mound. He sports a 3.05 ERA and a 17-7 record in 32 starts. We know the history of him and Yadier Molina behind the plate in big playoff games. Are they due for some more magic?

Meanwhile, the Dodgers will throw Max Scherzer, who they acquired at the trade deadline from the Nationals. Scherzer is 7-0 in 11 starts with a 1.98 ERA since coming over to L.A.

The Dodgers won four of seven this season against St. Louis.