Levis looks to lead Kentucky as its new starting quarterback

The Wildcats officially named the Penn State transfer their starter on Aug. 15. 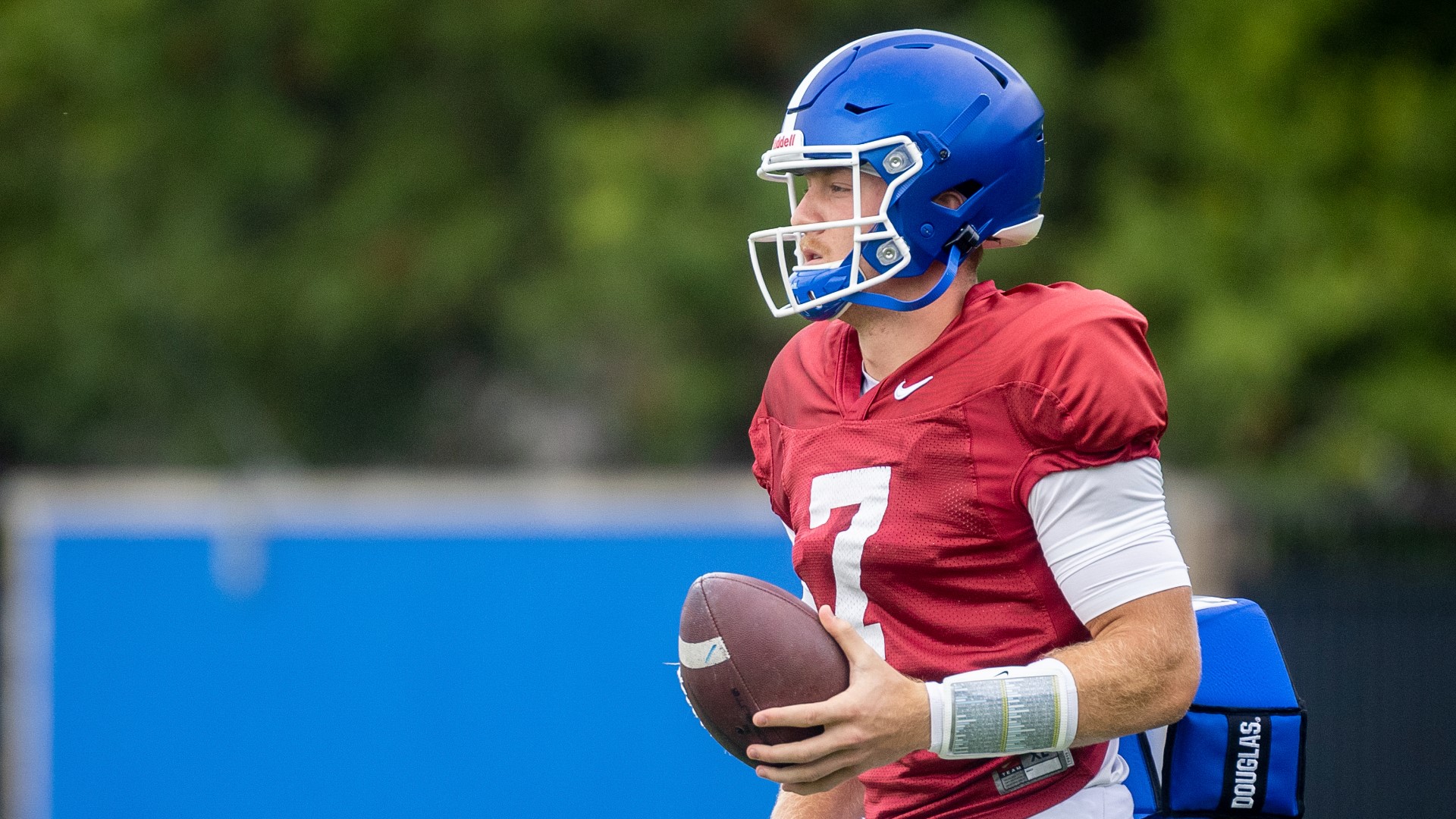 LEXINGTON, Ky. — There wasn't a specific moment or practice that convinced new Kentucky offensive coordinator Liam Coen Will Levis was his starting quarterback.

"I think it was a culmination," Coen said. "It wasn't like he was running with the ones and it just kind of happened. He had to earn it. He did it every single day. And I think we saw probably what some of you guys see: When he throws the football, it gives you a chance."

After missing the spring, the Penn State transfer ran with the Wildcats' second and third-stringers some to start fall camp. But it only took the program a little more than a week to give him the reins.

"We were kind of shuffling around the ones' reps and it was kind of time to lock down who's going to be taking those ones throughout the rest of camp," Levis said. "The decision was made at the right time and I wasn't too surprised about it."

Used more as a runner during his time at Penn State, the former Nittany Lion rushed 133 times for 473 yards and six touchdowns in 15 games. He threw for 644 yards, three touchdowns and two interceptions.

But it was one game that stood out to Coen, who recruited Levis some when he was coming out of high school, to help convince him he'd be a good fit in Lexington. It was on Nov. 14, 2020 when Penn State visited Nebraska. Down 24-3 in the second quarter, Levis took over at quarterback and the Nittany Lions ended up only losing 30-23. The signal caller completed 45% of his passes for 219 yards and added 61 yards on the ground.

"In the second half, he led those guys back from a couple-point deficit and gave them a chance to win," Coen said. "He made some plays in those situations that I thought could translate to this level into our offense."

"That game is probably the best example of just my own talent and the ability I have to throw the football," Levis said. "Obviously, we didn't end up winning that game. So I could have played better to put us in a better position. But that was just the best tape I think I had from Penn State to show my ability to run an offense and throw the ball around."

So far in fall camp, the Wildcats have been impressed with that arm talent. Coen knew Levis had the arm strength, but has noticed some better accuracy in these early practices.

"I think that's the big one is the ball placement down the field," Coen said. "And in the intermediate game, I think that that's something that he's shown some ability to be accurate. Especially being a guy that has a stronger arm, you would think maybe there would be more inaccuracies than there are."

"I've seen the dividends of the work I put in the summer with spending those extra hours in the film room and just putting in the extra work," Levis said.

Of course, there's even more to put in before Kentucky kicks off the season at home against Louisiana Monroe on Sept. 4. Until then, the quarterback will continue to try to prove himself with his starting shot.

"His personality is one of which that guys kind of naturally follow," Coen said.

"I've spent the last couple of months getting to know these guys," Levis said. "But it's going to take a lot of effort to really get their trust and show that I can lead them effectively."