The reigning NFL MVP became the youngest player picked no. 1 in the annual player selected list. 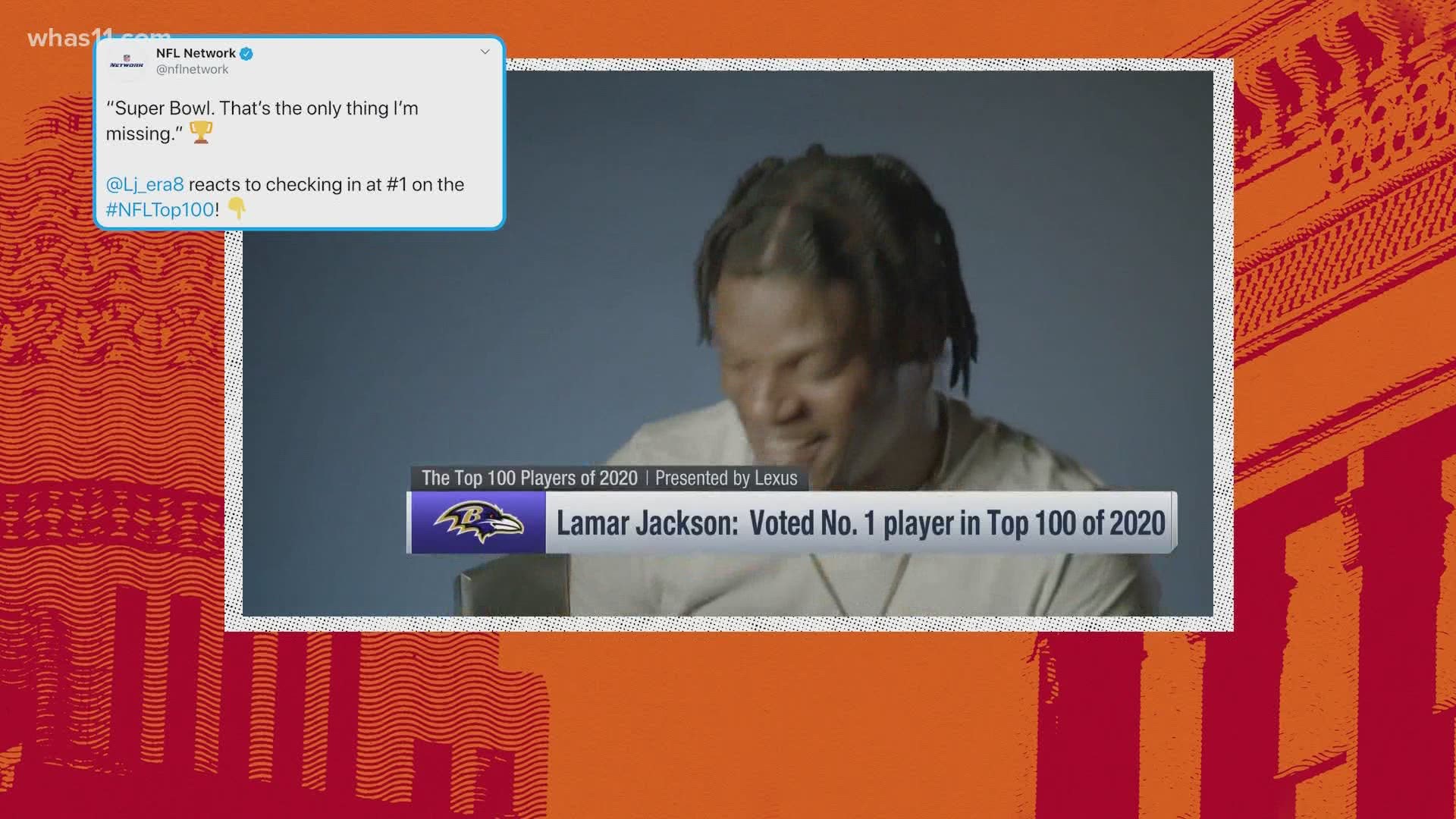 Jackson led the Ravens to a 14-2 season leading the league in touchdown passes with 36 and breaking the single season QB rushing yards record with 1,206.

The 23-year-old is the youngest player to ever be voted no. 1 on the annual list.

The youngest player ever to be named #1.

The quarterback played at the University of Louisville from 2015-2017 winning the Heisman Trophy in 2016.