The first games of the season would start the week of Sept. 7-11. Both Louisville representatives voted against the plan. 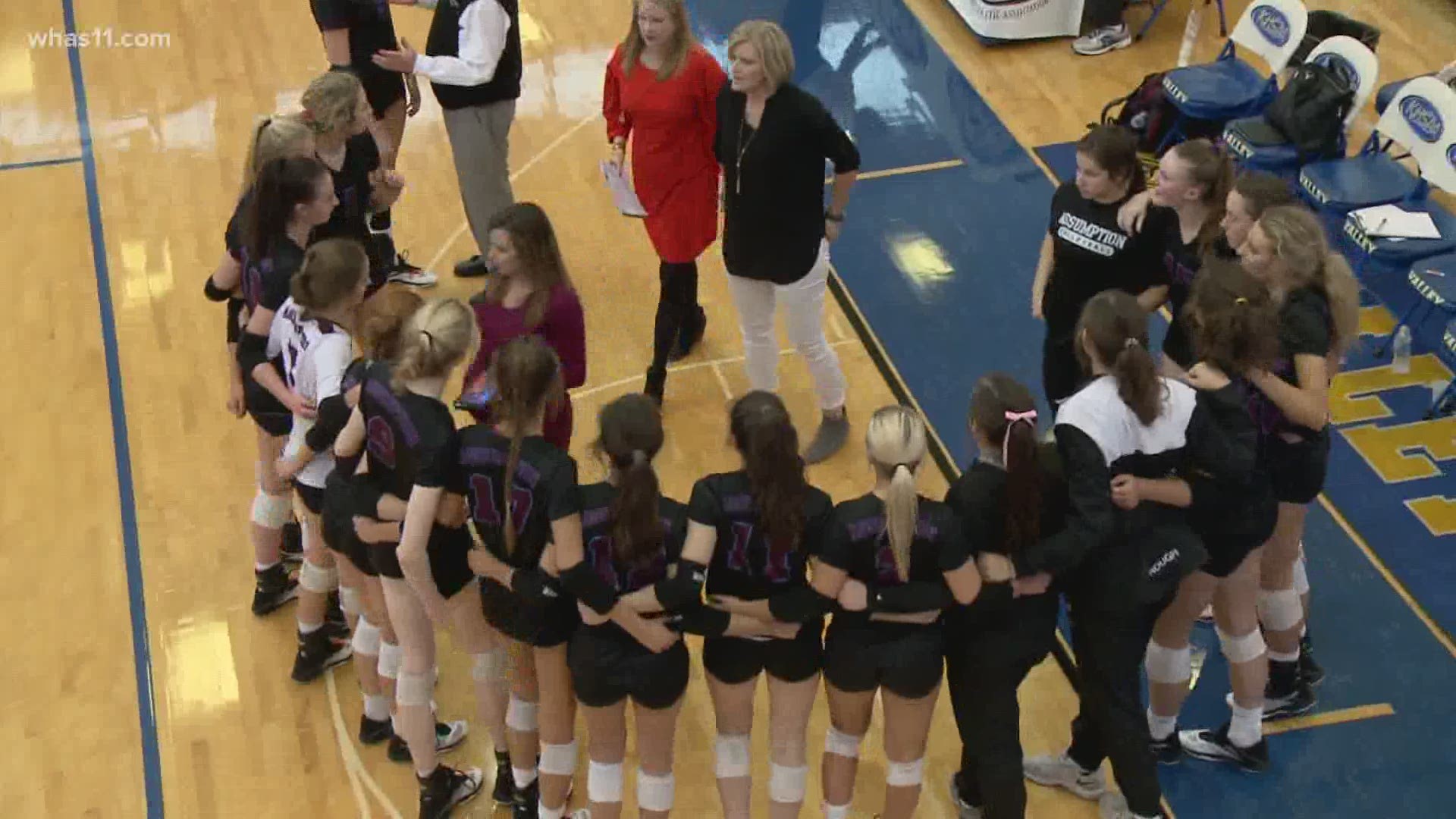 FRANKFORT, Ky. — The Kentucky High School Athletics Association is moving forward with its original plan for fall sports after discussing multiple options for the upcoming season.

In a 16-2 vote, the Board of Control approved its original plan to start fall sports practices on Aug. 24 with the first games of the season starting the week of Sept. 7-11. Jerry Wyman and Marlon Miller, both representatives from Louisville, voted against the plan.

Two other options were considered but voted down by the board. The first option would push the season back to at least Sept. 28, the day Gov. Andy Beshear recommended schools resume in-person classes. The next would have allowed cross country and field hockey to start Sept. 7, while delaying football, soccer and volley ball to the week of Sept. 28.

The plan must still be approved by Beshear.

KHSAA board of control votes 16-2 to move forward with original plan to start fall sports practices on Aug 24, first games for Sept 11 (football) and Sept 7 (other fall sports). Jerry Wyman and Marlon Miller, both with JCPS, are the only no votes. @WHAS11

Additional motions approved by the board included schools submitting their schedules for fall sports electronically and provisions to return to play for athletes after quarantining.

Before the board met, Kentucky Senate Majority leadership sent a letter to KHSAA urging it to let districts decide for themselves how to move forward with the season.

Local head coaches said they agree the decision should be up to districts, but Fern Creek Head Football Coach Josh Abell said he feared that would mean JCPS could cancel their season.

"If JCPS ends up being the only group that does not allow fall sports, I think it's going to cause a lot of problems," Abell said. "It does really concern me that JCPS could be one of, if not the only district, to vote no on sports while the rest of the state has sports."

JCPS Superintendent Dr. Marty Pollio said the district will make its recommendations after hearing what KHSAA decides, but Pollio said at the Board of Education meeting Tuesday night that he's a "proponent" of potentially pushing fall sports until the spring.

RELATED: High school athletes face new responsibilities as they return to the field