High school football teams will start practices on Aug. 24 with the first games held on Sept. 11 after a decision by the KHSAA board. 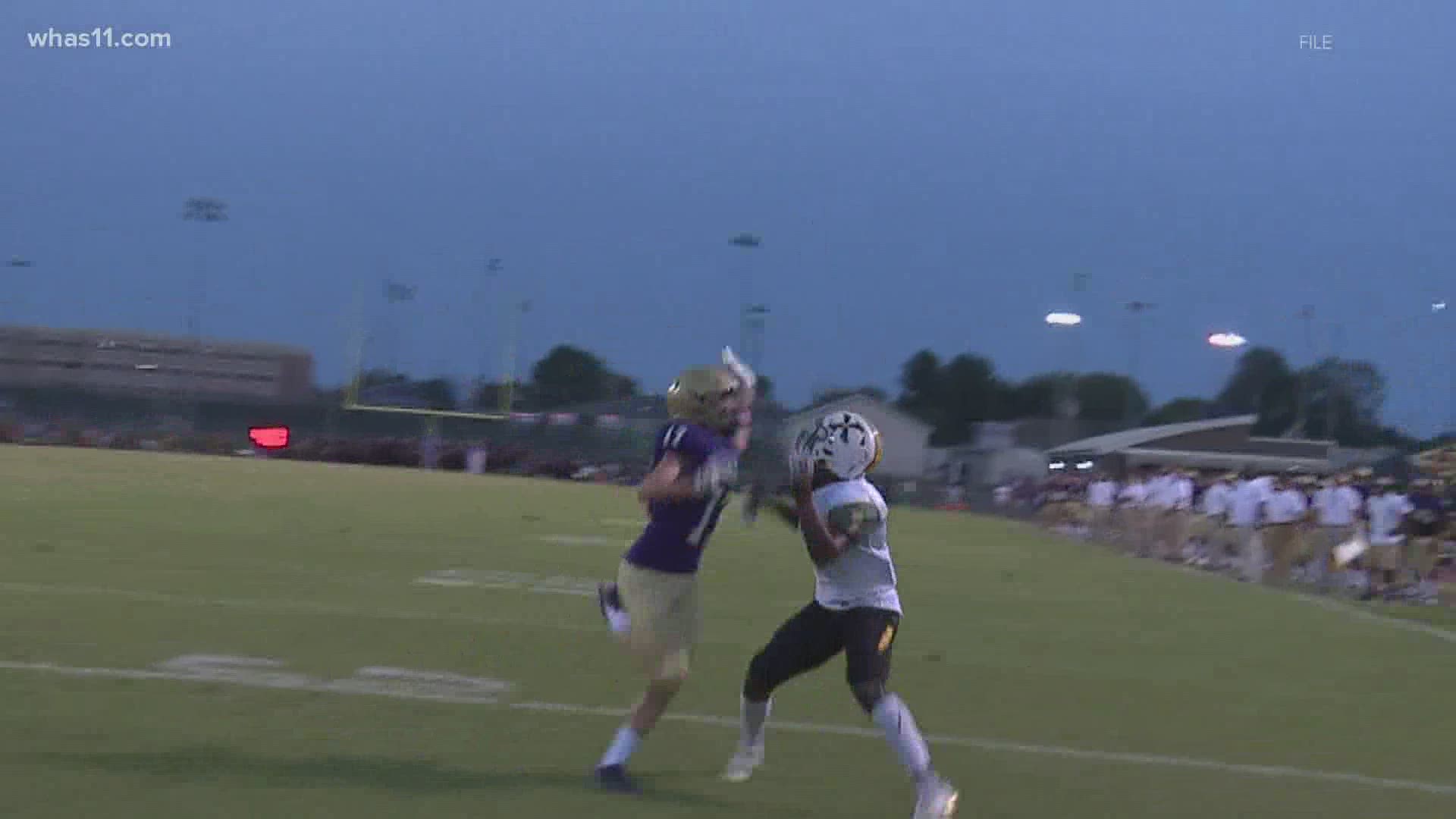 FRANKFORT, Ky. — The Kentucky High School Athletic Association has decided to keep high school sports this fall, but with delayed and adjusted schedules. After discussing several options in a meeting Tuesday, the board approved the following schedules for fall sports:

KHSAA Commissioner Julian Tackett said championship games could be moved back by at least one week, if necessary. Each school will also follow a specific schedule, allowing for three weeks of practice before the first game.

Now the board is discussing football. Tackett says there would be a lot of logistical hurdles that would need to be cleared if the season was moved to the spring, but those have been discussed and debated. @WHAS11

RELATED: High school athletes face new responsibilities as they return to the field

The motion passed with a strong recommendation that activities be held outside as often as possible.

Teams within KHSAA will only be allowed to play other schools within Kentucky or a county that borders the state. This limitation keeps teams from traveling to potential “hot spots,” where there are higher rates of positive COVID-19 cases.

Commissioner Tackett said the original plan of starting practices on Aug. 3 was no longer a viable option, but there were other possibilities for making sure fall sports still happened.

He presented three possibilities that the organization had explored:

According to Tackett, most members were in support of the first option, keeping all fall sports during the fall season.

Tackett said he received a lot of feedback, overwhelmingly in support having high school sports in the fall. Earlier this month, he said he was determined to have fall sports.

"We're going to participate in athletics and activities this fall. We don't know what it's going to look like, but we're going to,” he said during a board of control work session on July 11.

On Monday, Kentucky Governor Andy Beshear recommended that both public and private schools delay having in-person instruction until at least the third week of August due to the rise of COVID-19 cases in Kentucky.

Jefferson County Public Schools in Louisville, as well as Bullitt County Schools will begin the school year with virtual instruction through NTI. Other schools are exploring combinations of both in-person and virtual learning.

On a collegiate level, Kentucky State University will not have sports this fall after the Southern Intercollegiate Athletic Conference canceled athletic events because of the coronavirus.

Teams at the University of Louisville and University of Kentucky have been holding practices this summer, but both schools have noted positive COVID-19 cases within their athletic departments.