The Cats instead met to discuss how to be part of effective change. Louisville's football team did decide to practice. 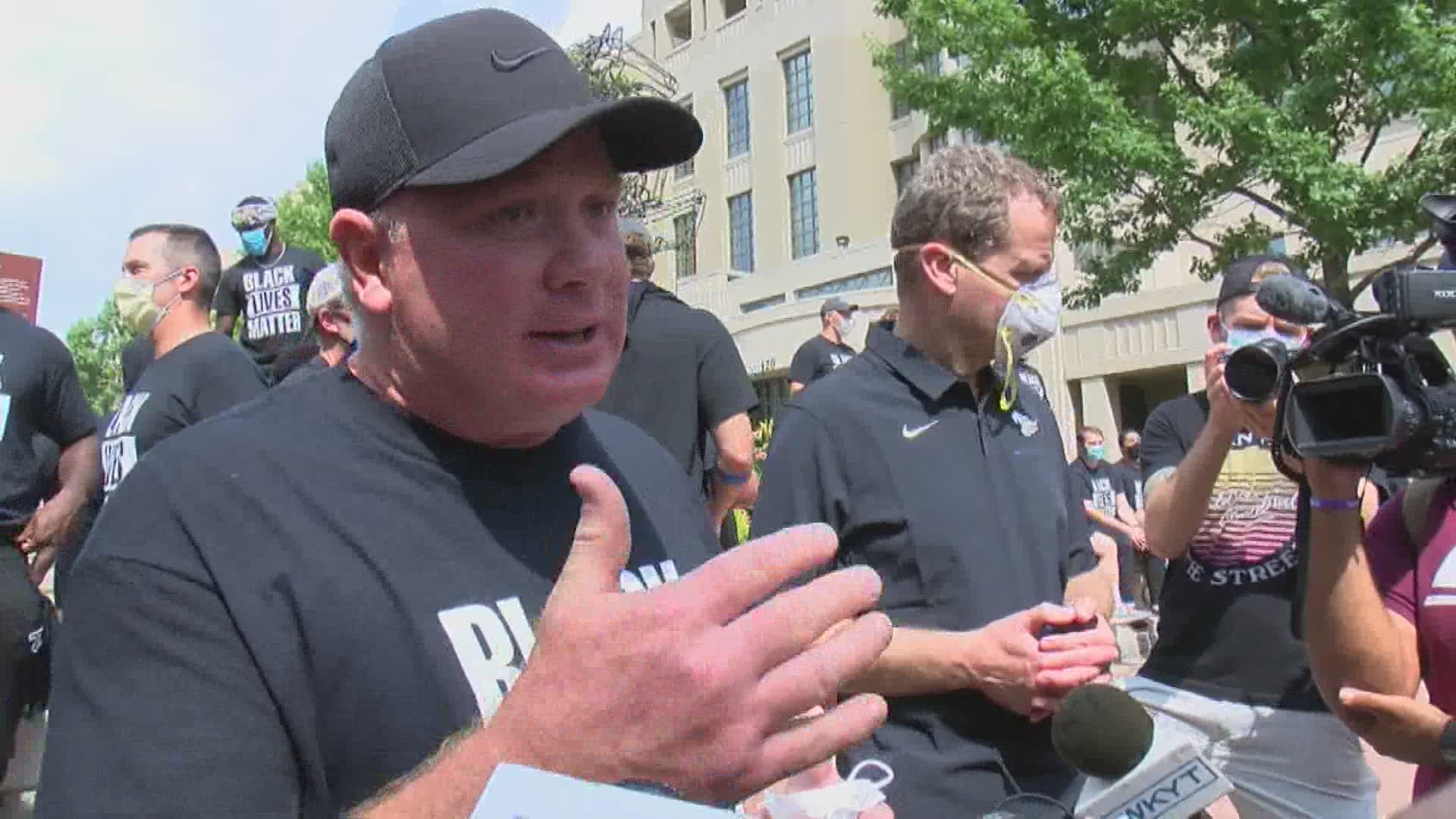 LEXINGTON, Ky. — The University of Kentucky football team decided not to practice Thursday as teams and leagues across the country continue to protest against racial injustice.

The team instead met to discuss how to promote their influence and be part of effective change, WHAS11 Sports Director Kent Spencer reported.

UK's decision comes as professional leagues and teams decided not to play Wednesday and Thursday.

The NBA and WNBA postponed playoff games after the Milwaukee Bucks sat out Game 5 of their first round playoff series to protest the police shooting of Jacob Blake, a Black man in Wisconsin. NBA players then agreed to resume playoffs after the postponement.

Following the Bucks decision, the Milwaukee Brewers and other MLB teams postponed their games in protest. Players on other teams also sat out during Wednesday's games.

The NHL also decided to postpone Thursday night's games after the league's Hockey Diversity Alliance asked for games not to played in response to Blake's shooting.

"Everybody has to get off the sideline and get in the game and be part of the solution," Stoop said. "Black lives matter, and they matter to me a great deal."

Gov. Andy Beshear said it was important people listen and try to hear the messages athletes and others have when it comes to making changes.

"Athletes, like all the rest of us, have a freedom of speech," Beshear said. "And what we are seeing right now is them using it for deeply held beliefs that I believe in many of the instances, if not all, are very personal."

Louisville decided to practice Thursday, with Scott Satterfield scheduled to meet with media after the Cards finish.

RELATED: Lawyer: It would take 'a miracle' for Jacob Blake to walk again after police shooting