The Ballard star has been a lifelong Cardinal fan. 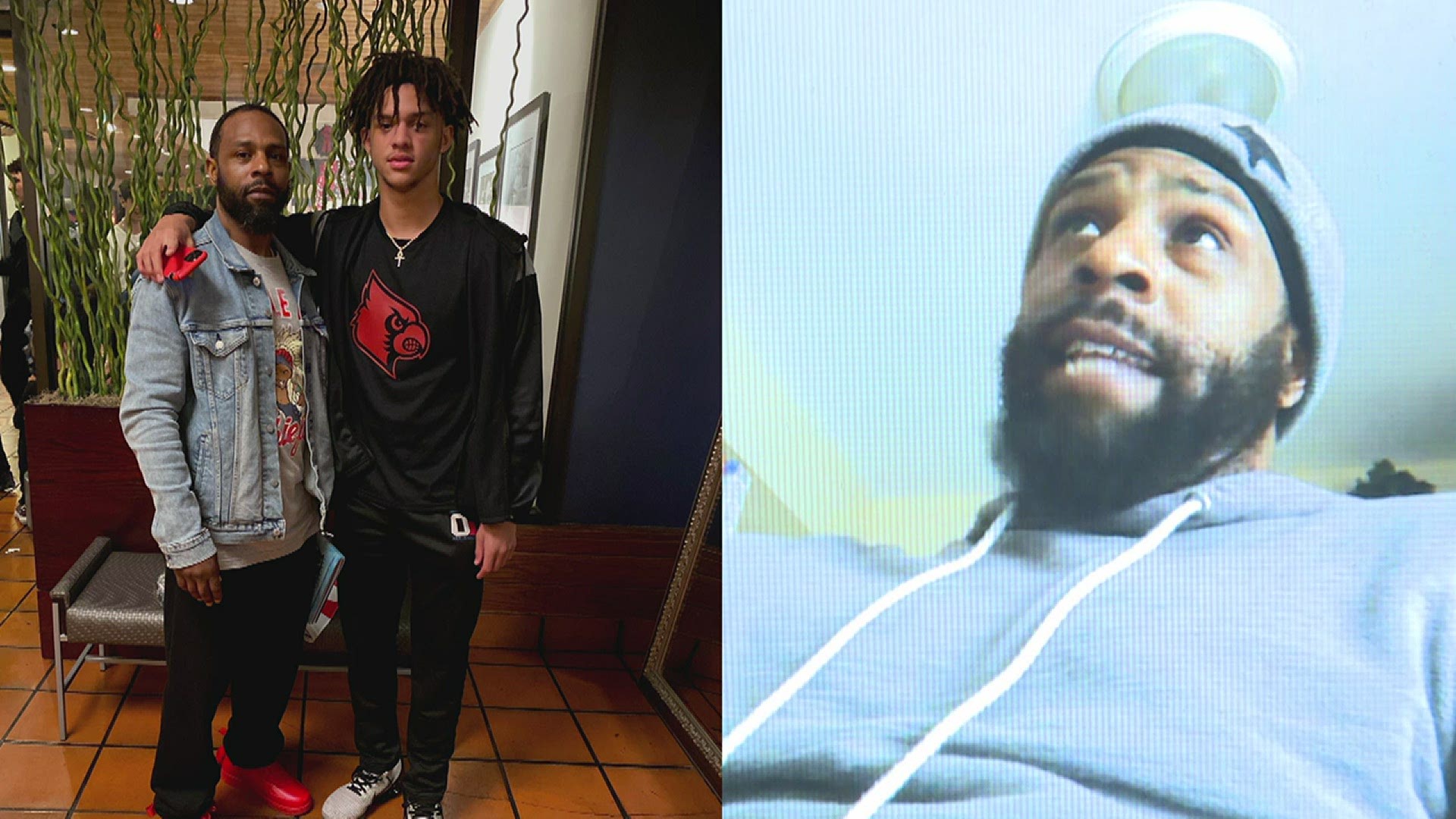 "Watching the things that he done did from when he was little to now I was like, man, he's the truth," Minkins Sr. said.

It started with forcing a new tee ball rule.

"They hit the ball off the tee," Minkins Sr. said with a laugh. "He hawks the ball down and tags the player wherever. They made a rule at Highview and said everybody got to sit still. They can't run across the field and tag the player because he was faster than everybody and was getting everybody out."

And later, it turned into digging deep for a Sunday football camp after a weekend full of high school basketball.

"We got to get up early go to Cincinnati for this tournament," Minkins Sr. said. "You're gonna make it, be alright? He said 'Yeah, I'm a little tired.' I said man, he ain't gonna do nothing."

"I had a back injury that I kind of was nursing," Minkins Jr. said. "And I didn't think I could do it or not."

"He went out there and showed up man, showed out," Minkins Sr. said. "It meant something to me to show that he has the determination and the motivation to do it."

That would be doing what his father did: earn a scholarship to play football for Louisville. Minkins Sr. was an aggressive defensive back for the Cardinals from 1999-2004 after being a running back in high school. And Minkins Jr., who's also played wide receiver and is described as a more athletic defensive back than his father, has watched plenty of tape.

"I just seen how good he is and just where it comes from, where I got it from," Minkins Jr. said. "Watching that, I was like, that could be you."

It's what the Ballard star always wanted. As he kept getting noticed, 21 offers poured in from schools. But none from UofL. The lifelong Cardinal fan still kept Louisville at the front of his mind if the opportunity ever came.

"Your dad played here, this is your hometown team," Minkins Jr. said. "Why would you pass the opportunity up?"

"He was waiting for UofL to knock on that door, man," Minkins Sr. said.

Eventually, it did. And the younger Minkins earned it the way his father knew he would: by embracing a camp challenge. It came from Louisville defensive backs coach ShaDon Brown

"He told Josh, he said, 'Man come to the camp, show me what you got,'" Minkins Sr. recalled. "And Jordan Watkins (another UofL signee) was out there and they were going head to head, both of them making good plays on each other."

He knew then an offer was probably coming for his son. And it did on an official visit, as the past of Louisville football was present with the future.

"He was actually right there when I got the offer, so I'm pretty sure that was a proud moment of his," Minkins Jr. said.

"That meant a lot to me," Minkins Sr. said. "He wants to live what his dad left. He's probably better than me and gonna do it 10 times better than I did."

The elder Minkins believes his son's size at 6 feet 3 inches and 183 pounds will help him be a better playmaker than he was.

"He's just an athlete out on the field, you could put him at any position and he's going to do it." Minkins Sr. said. "You can make plays, you can be a ballhawk."

Minkins Jr. doesn't know if he'll wear his father's number five while trying to be that. But he does know what it'll mean the first time he gets to put on a Louisville uniform.

"To carry on a legacy and wear that Minkins name on your back is definitely going to be a blessing," Minkins Jr. said. "It's probably going to motivate me even more to want even more."