The university said Schlarman passed away Thursday at the age of 45. 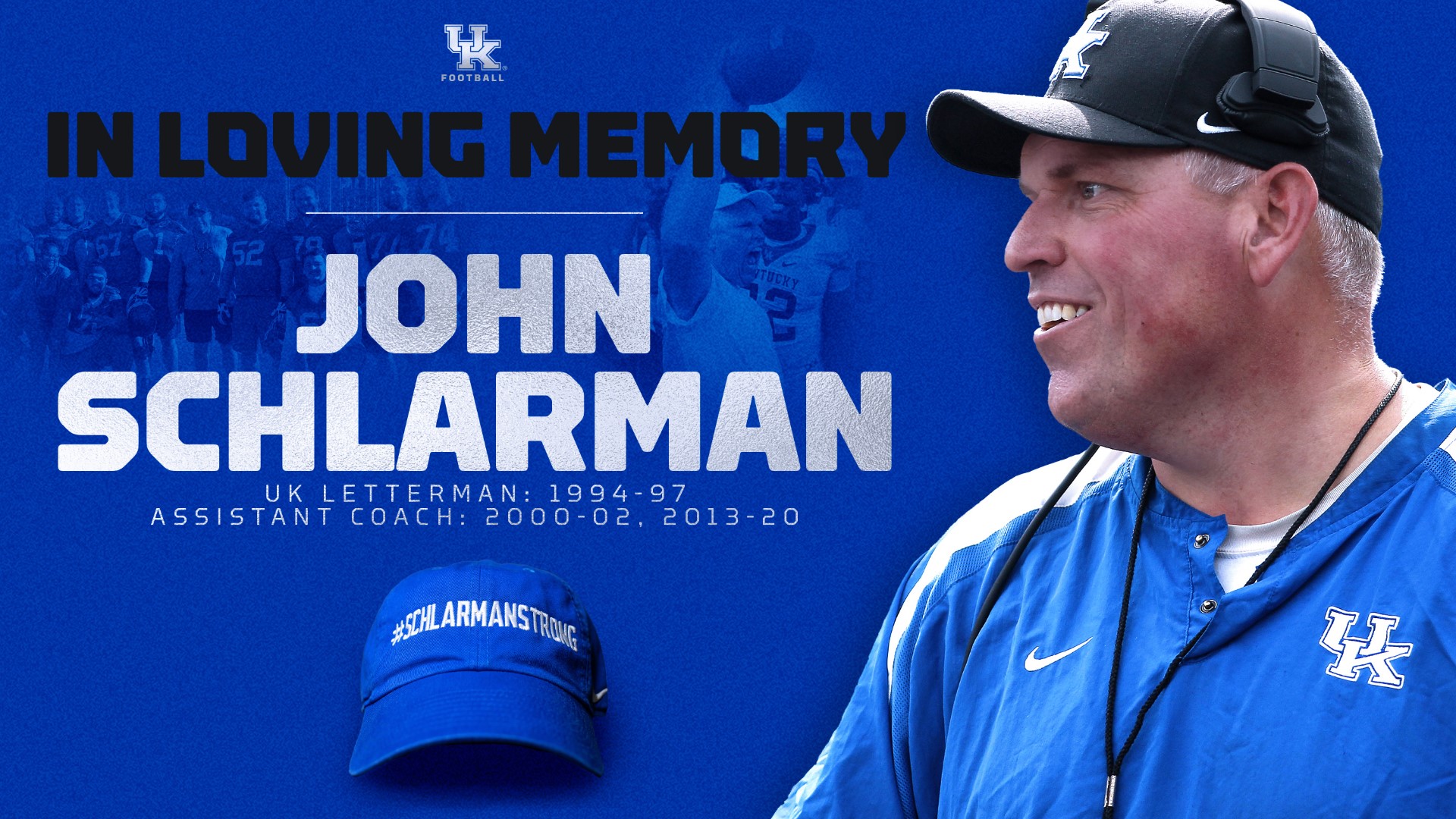 LEXINGTON, Ky. — John Schlarman, the assistant football coach for the University of Kentucky, has passed away at the age of 45, according to a release from the university.

"I'm heartbroken to learn about the passing of my friend, John Schlarman," said UK head coach Mark Stoops in the release. "My prayers go out to LeeAnne and the kids, Joseph, Benjamin, Matthew and Evelyn, through this very difficult time."

According to the university, Schlarman played for the Wildcats as an offensive lineman from 1994 to 1997 and earned first-team All-SEC honors as a senior. He joined Coach Stoops and the UK team in 2013.

Schlarman was diagnosed with cholangiocarcinoma in the summer of 2018 and continued to coach the team during his treatments, the university said. The last time Schlarman appeared on the sidelines of a game was in October, when the Wildcats won against the University of Tennessee.

"John was a great husband and father, teacher and leader," UK Director of Athletics Mitch Barnhart said "He will be remembered for the love he had for his family, his dedication to his players and his excellence as a coach. Our prayers and heartfelt condolences are with his family and all who knew and loved him."

Arrangements for Schlarman have not been announced.