Izayah Cummings becomes a Wildcat from a family of Cardinals

The Male standout signed with Kentucky football after growing up a devout Louisville fan. 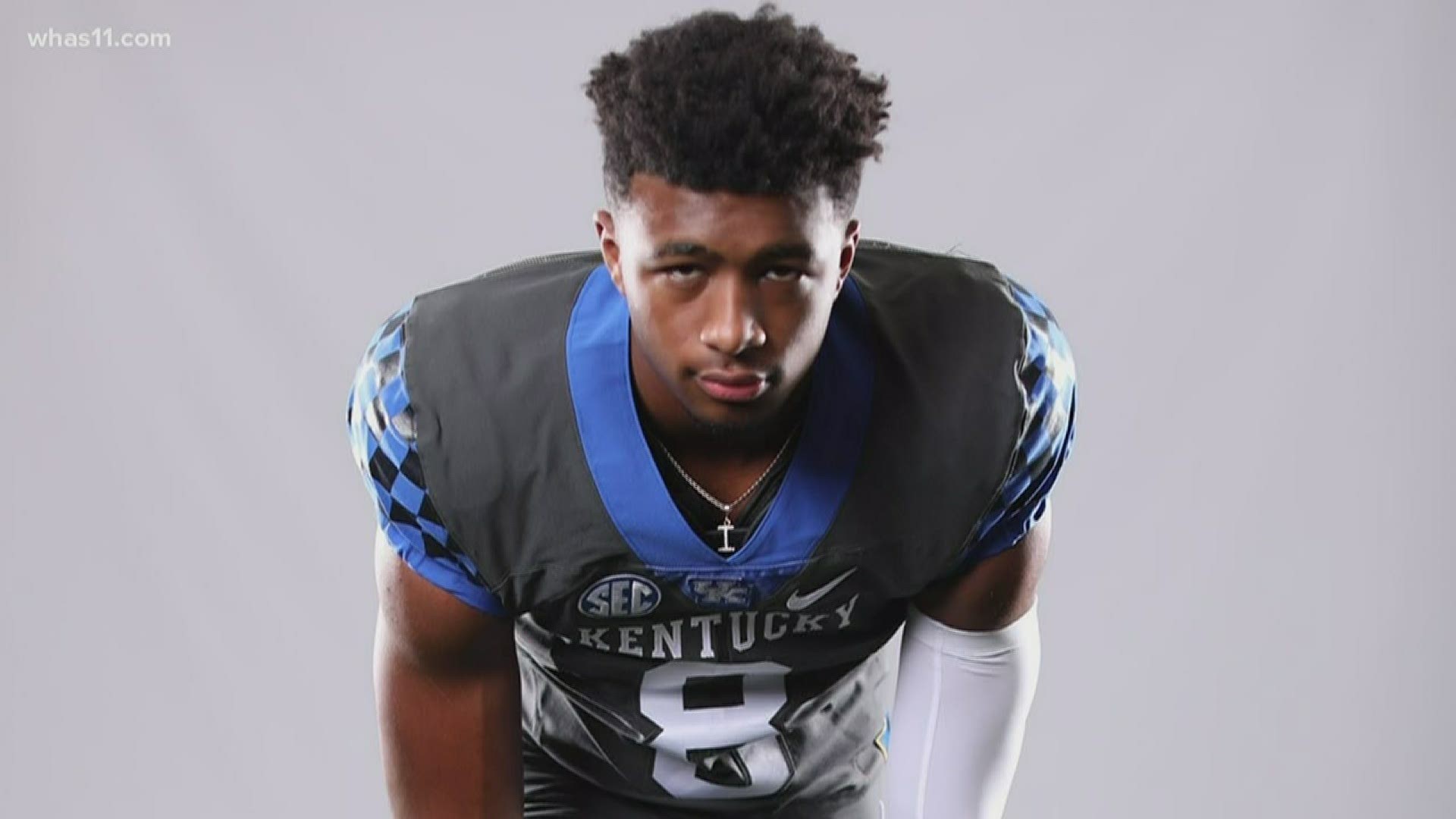 "Man when I go Louisville, I swear we're going to beat them next time," Cummings said.

And it wouldn't stop there.

"I always would go up to my room and cry about it," Cummings said.

"Big crocodile tears," his father Andra said. "And being moody and pouty the rest of the day."

Now, the Kentucky football signee might someday be the one causing Cardinal tears. He ended up a Wildcat after growing up in a family of Louisville fans.

"I always went for the red team," Cummings said. "And that's how it really was with me, my dad, my mom. We'd all get close to the TV when the game was close."

But as he became one of the best wide receivers in Kentucky, the possibility of playing for UofL moved further away.

"Once the recruiting part started, he had to put that fandom to the side," Andra Cummings said.

"Stuff started changing a little bit with the coaching staff and the relationship with them," Izayah Cummings said. "And UK was there since the end of my freshman year. I was getting a whole bunch more love from Kentucky than UofL.

That ended up leading him to sign with Kentucky. And the move prompted a major change in wardrobe in the Cummings household.

"Mom, she has a lot more blue," Izayah Cummings said. "And dad, I haven't seen him wear a Kentucky shirt since signing day."

"I still have to go to UofL every single day," Andra Cummings, a 28-year employee of the university, said. "I still work there."

Putting that and their Cardinal fandom aside, the Cummings parents can't hide the pride they take in their son signing to play college football.

"It's going to be surreal," Andra Cummings said. "To see your son line up on the college level, especially at the level of UK, it's a dream come true."

"When he was growing up, I would run with him when he ran for a touchdown," Izayah's mother Natasha said. "I'm the loudest fan that will be there when he steps on the field."

Even now that the son who wore red will wear blue.

"It's going to be electric for sure," Izayah Cummings said.

RELATED: It's not just coronavirus: how the weather could factor into the return of sports and fans