Radford's Carlik Jones is the reigning Big South Player of the Year. 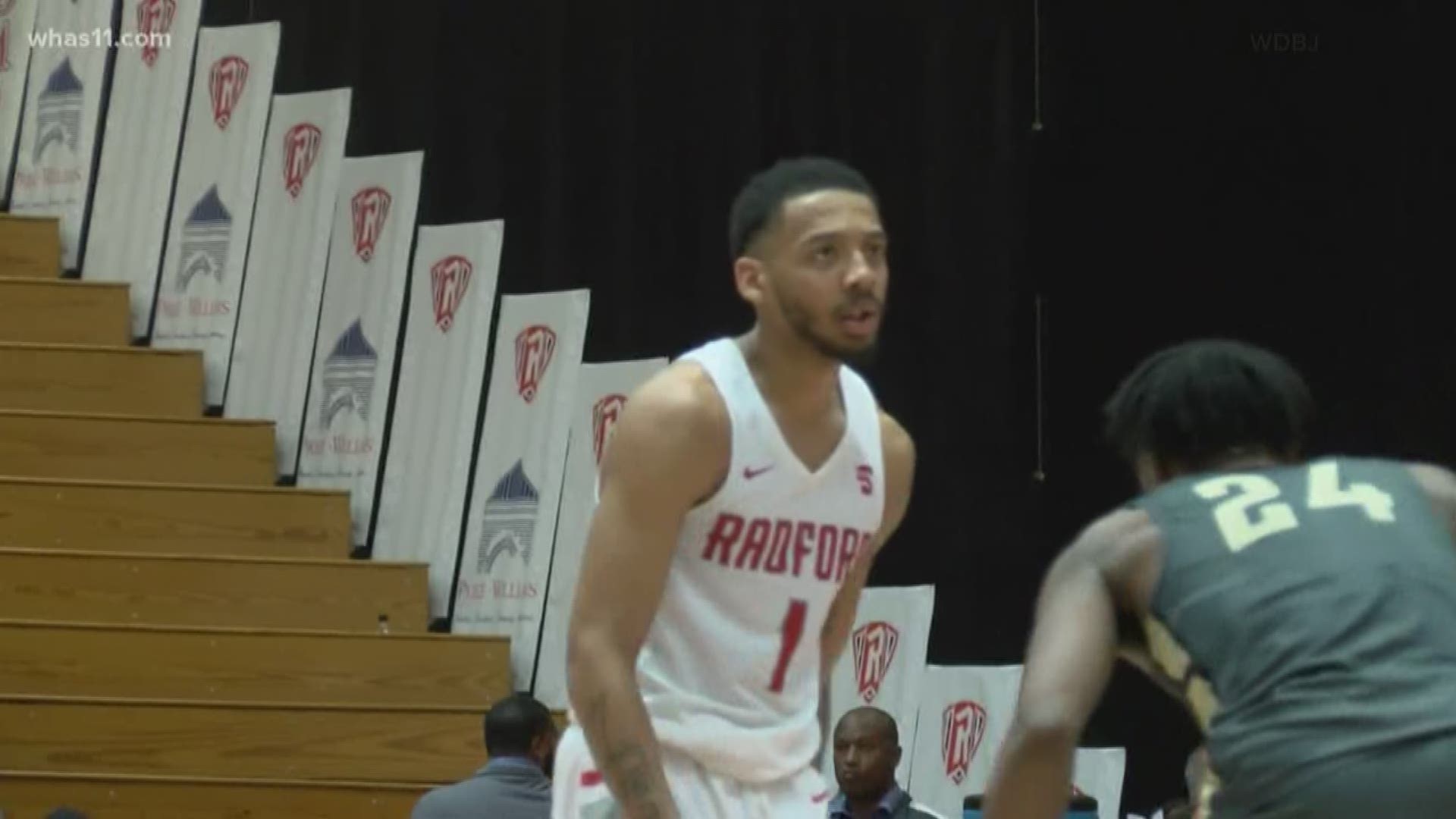 LOUISVILLE, Ky. — Carlik Jones worked his way up from being the Big South's Freshman of the Year to an all-conference player to the league's Player of the Year. That just wasn't enough.

"Each year I was at Radford, I thought I was the Player of the Year," Jones said.

The incoming transfer instead rides his latest honor to Louisville, where he announced he's committed on April 5. Jones, who has a season of eligibility left, believes it's just another chance to prove himself.

"I felt like I've been looked over my whole life," Jones said. "And that chip on my shoulder, just being an underdog really pushes my development."

That growth saw a once unheralded high school recruit increase his scoring average and field-goal percentage in each of his three seasons as a Highlander. The latest one capped off at 20 points per game and a 41-percent mark from three, a major increase from 25 the previous year.

"I was telling myself like I'm good, but you know, I'm not great," Jones said. "I worked my butt off."

All of those numbers though aren't what the guard believes he brings to the Cardinals.

"I'd say passion," Jones said. My love for the game, my love for the fans. I'm the type of guy who turns to the crowd and pumps them up."

Now he's out to prove to them that he's always been a Power Five player. The transfer said 40 teams reached out to him, but Louisville stood out.

"When I first entered the portal, Chris Mack was the first one to call," Jones said. "Mack called me at least twice a day, sometimes three if he was feeling good. That stuck with me. He made me feel like the program needed me there and that I could benefit also from the program."

It's kind of like how he benefited years ago from one of Mack's basketball camps. Jones is from Cincinnati, just like the UofL head coach.

"They had drills and trick stuff we used to have to go home and practice with, then come back and do," Jones said. "One day I did it, came back and won a whole box of pizza."

The prize at Louisville sounds just a bit tastier.

"Come in, be myself and hopefully help this team win a national championship," Jones said.