FOCUS takes a closer look at how the rules and safety standards in horseracing will become uniform throughout the country. 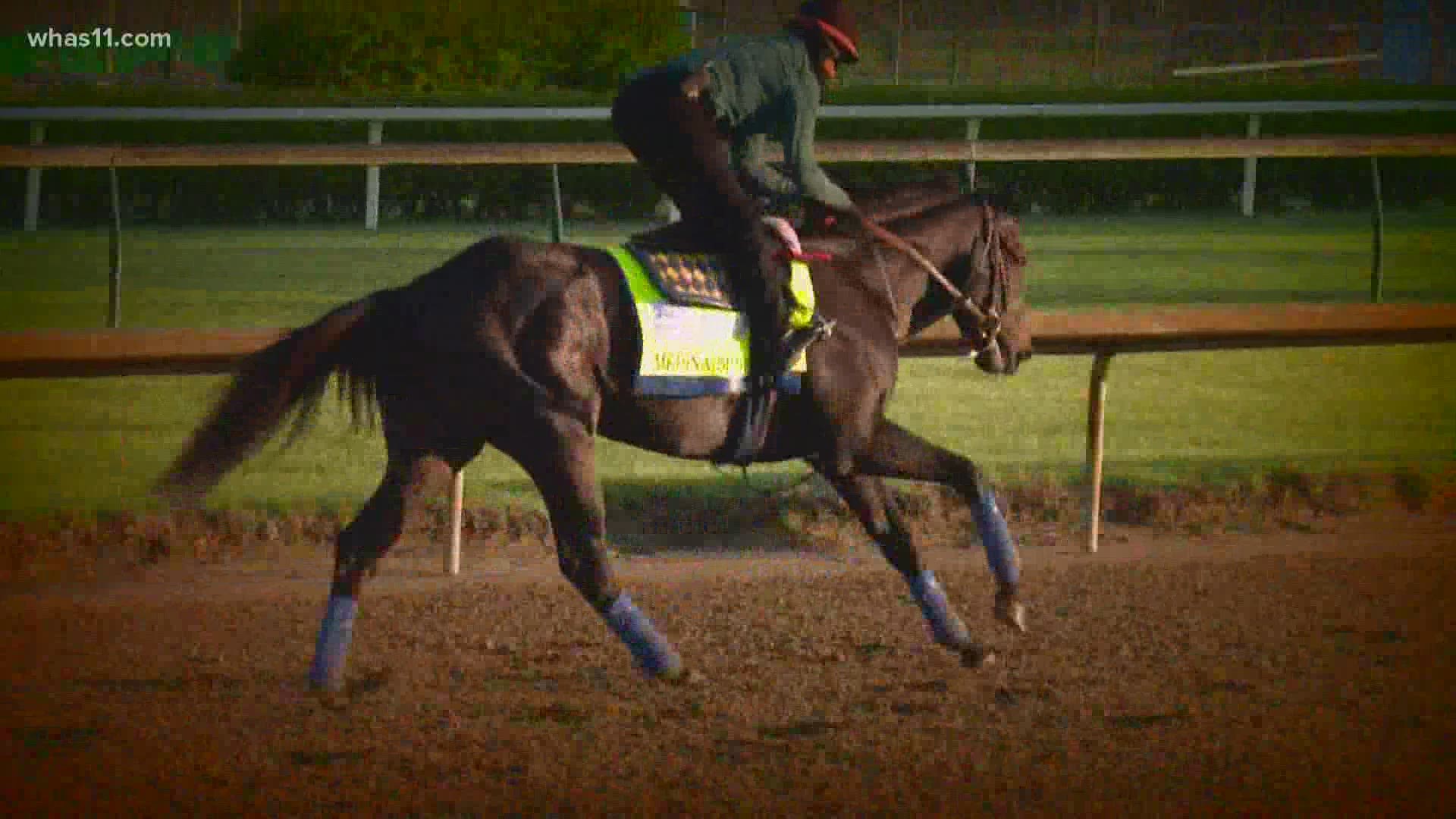 LOUISVILLE, Ky. — Doping in horse racing has been a black-eye on the sport for decades and the latest controversy surrounding Kentucky Derby 147 winner Medina Spirit and the colt's trainer Bob Baffert is sure to fuel more criticism.

The WHAS11 FOCUS team is looking into the darker side of the sport and what's being done to clean it up.

Away from the roaring fans on the rail at the track and on a quiet farm in horse heaven, that's where it all starts for a Kentucky racehorse.

The first bet is placed before a foal is born. With the payment of the stud fee, owners wager that the young horse will be fast out the gate and finish strong.

Equine veterinarian, Dr. Russell Cohen, treats and breeds horses, and his family races them. He's been around the animals his whole life and knows the stakes that play into each race.

The odds aren't great for each horse a trainer keeps in the stable.

Some trainers try to better their odds on race day or before it with the use of drugs.

"They run horses longer than they should, there's a huge medication problem in this industry," Cohen said.

The New York-based veterinarian, who serves at Belmont Race Track, says it had gotten to the point that owners and trainers realized their horse didn't have a shot, unless it got a shot, just to level the playing field.

"We've had a couple that ran on Lasix strictly because I believe it's a performance enhancer, and if you do not run on Lasix, you put yourself 10 or 15 lengths behind the eight ball," Cohen explained.

The drug is a furosemide that is often used to reduce or prevent respiratory bleeding in horse racing.

For the first time at this year's Derby, Lasix was on the list of banned medications.

For about a decade, Barr had been jockeying for a bill to make horse racing anti-doping rules and safety standards the same at all tracks across the country.

In December, the Horseracing Integrity and Safety Act finally crossed the finish line in Congress.

However, last year during the pandemic, there were more than 36,000 fewer races.

Cleaning it up, Congressman Barr says, is good for the sport and good for sales saying the racing industry has around a $4 billion impact on the state.

Kentucky can't afford to jeopardize that and the future of the sport.