The Kentucky Derby Museum collected more than 20 hours of interviews with female jockeys, who paved the way for other women in the sport. 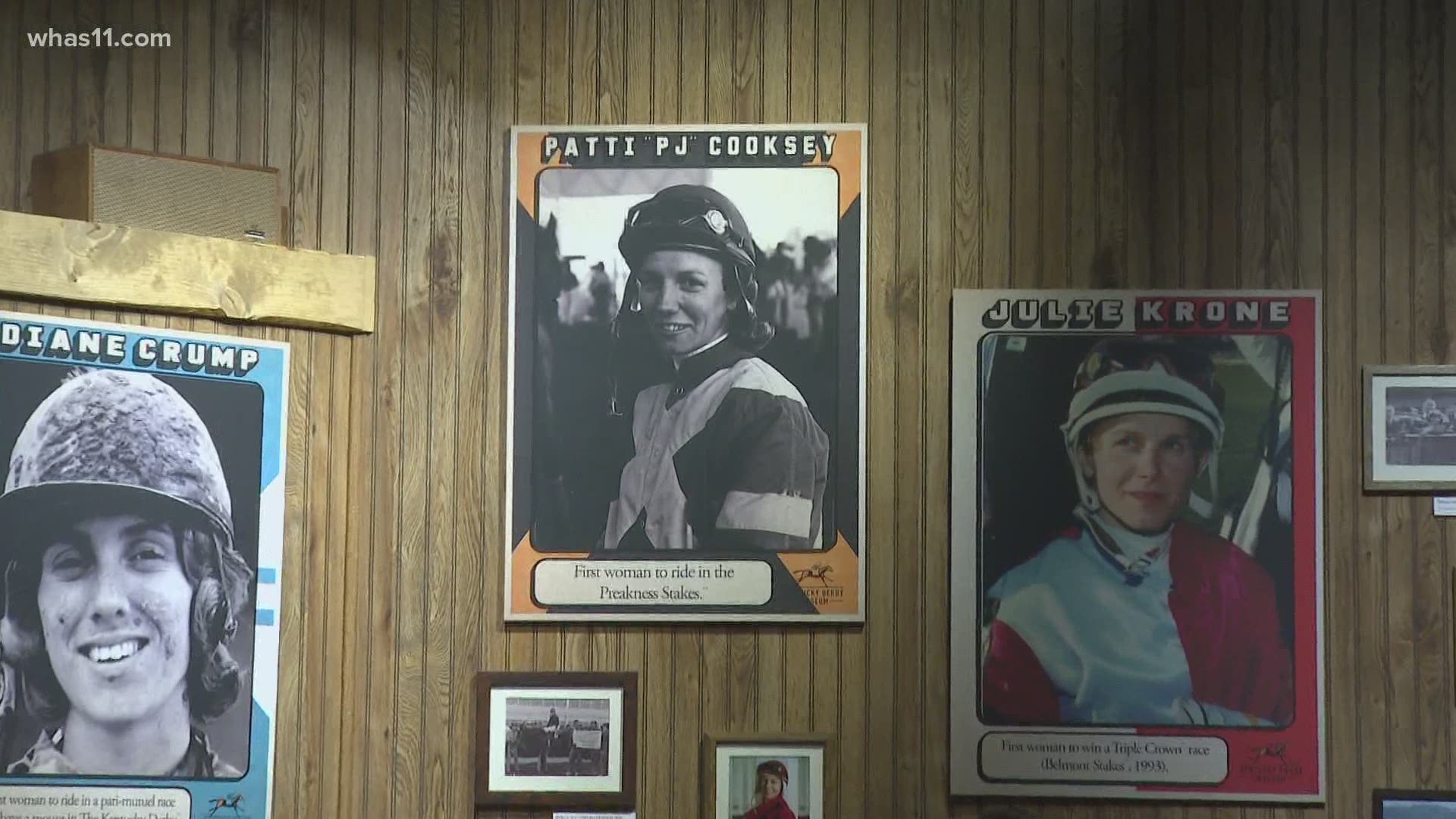 LOUISVILLE, Ky. — In the 60s and 70s, female jockeys had to fight for their right to ride thoroughbred horses.

Now they are being celebrated in a new exhibit at the Kentucky Derby Museum that just opened on Friday.

The museum collected more than 20 hours of interviews with female riders.

Some of the ladies who paved the way in thoroughbred racing got to see their names up on the walls of the Kentucky Derby Museum at a ribbon cutting Friday, hailed as trailblazers in the sport.

Now these female jockeys are honored, respected, and looked up to by other women today. But it wasn’t always an easy road.

“A woman would have to work twice as hard to be considered half as much as any male,” Patti Barton Browne said.

Barton Browne was the first woman to win 1,000 career races.

“It was basically all I wanted to do, from the time I was little," said Barbara Jo Rubin. "I just wanted to race horses, and everybody always said you’ll never do that. And well, I proved them wrong."

Rubin was the first woman to win a professional race.

The exhibit centers around these women’s stories – what they fought for and fought through.

Even though strides have been made, women still have a way to go in the sport. To date, women have only ridden in the Kentucky Derby nine times.

“I was the sixth woman in the country to become a jockey and I would have thought by this time every other rider in the gate would be female,” Barton Browne said. “It didn’t go that way.”

But the riders have become a close group, mentoring newer jockeys and providing a support system.

“Patti [Barton Browne] was a real good mentor of mine when I first started,” Cooksey said. “She made me realize how you had to be pretty darn tough.”

Even though there is a way to go in getting more women into the gates, these jockeys enjoyed looking back at what they and others have accomplished.

“It was very exciting just to see what women have done,” Rubin said.

The exhibit runs through August 2021 and can be seen with a general admission ticket to the museum.