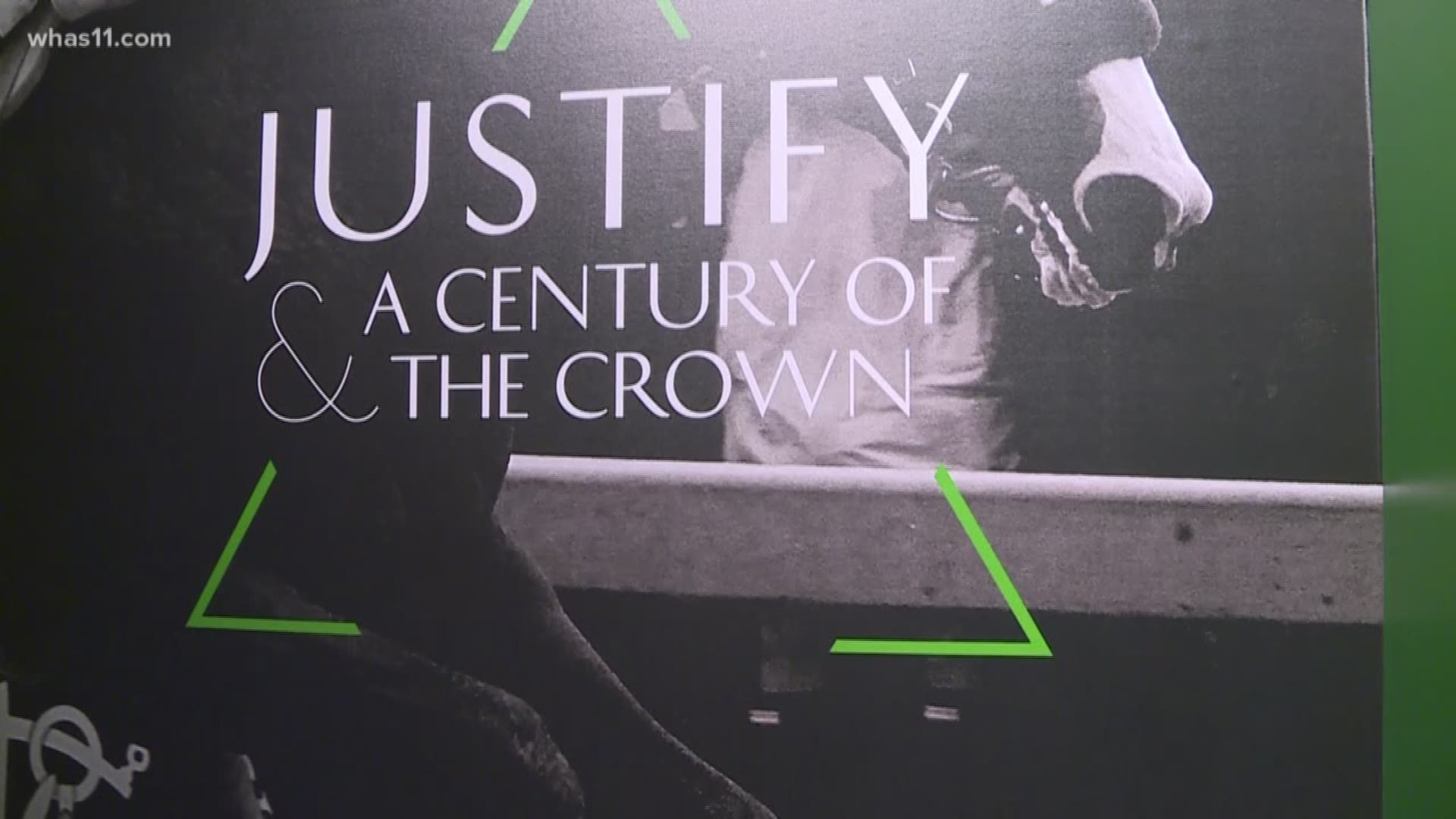 LOUISVILLE, Ky. — The Kentucky Derby Museum kicked off the biggest week in Louisville with its fourth annual Fan Fest focused on the most recent Triple Crown champion, Justify.

Mike Smith, Pat Day and Bob Baffert were on hand to discuss Justify's journey, while representatives of American Pharoah, Seattle Slew and other winners were also highlighted.

"It's just such rich history that we have a triple crown winner, I had never seen one in my lifetime, it hadn't happened," Rachel Collier of the Kentucky Derby Museum said. "I didn't know if I would see one until we had one in 2015, and then last year we got so lucky with Justify winning a Triple Crown."

The new exhibit has all four of Justify's trophies together, as well as Smith's silks and other mementos. Collier said the exhibit, and its pieces, tell so much of Justify's journey for the Triple Crown.

"The silks...they hardly have any stains on them," Collier said. "Everyone remembers that his races for the Triple Crown were all muddy and rainy. He didn't get hardly a splash on him because he was out in the front."

The entire Triple Crown exhibit is open until July.