When fans and tourists visit the Derby Museum, they'll get to tour a new exhibit recognizing the history of Black horsemen. 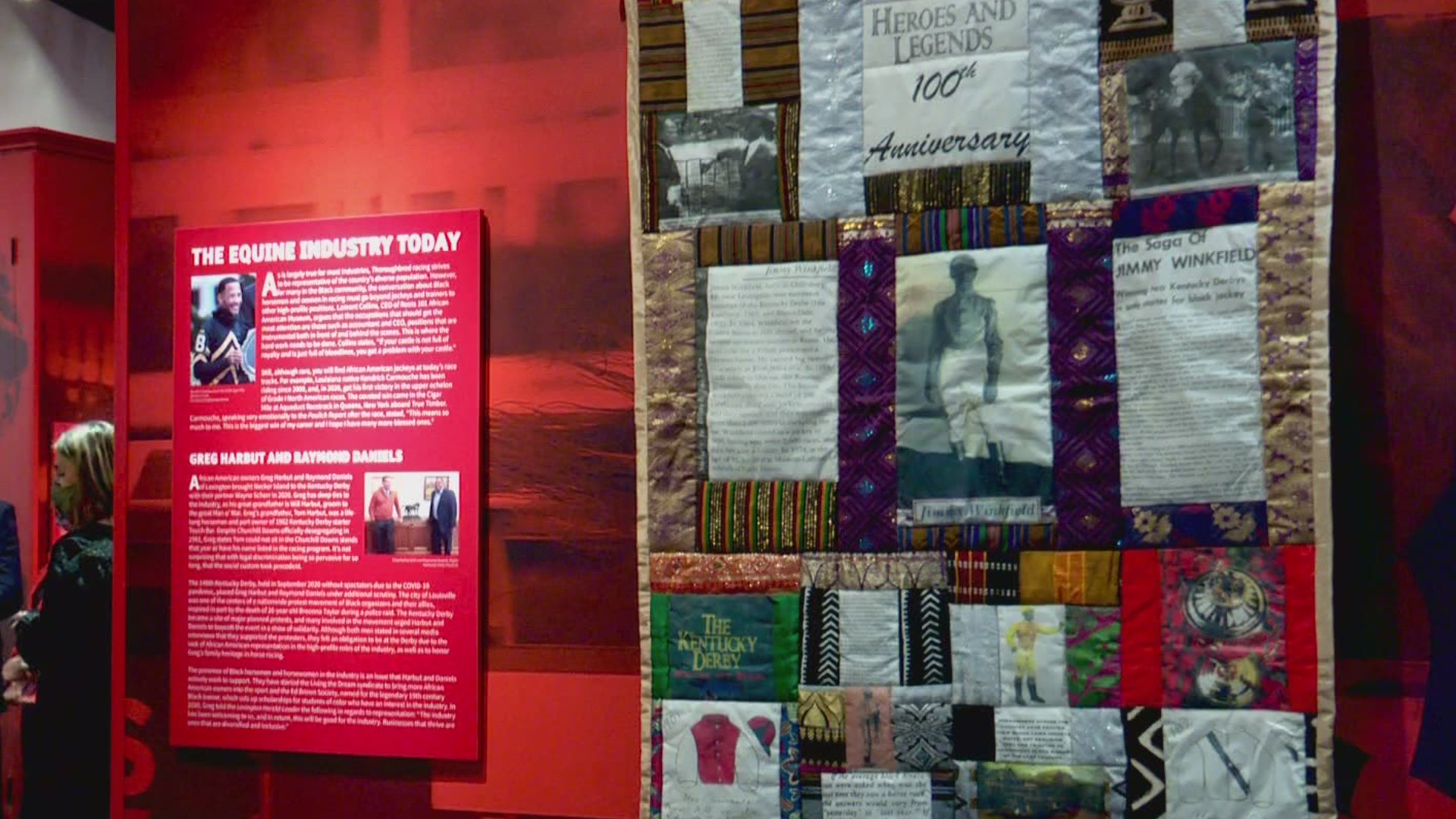 LOUISVILLE, Ky. — Ahead of its 147th run, the Kentucky Derby and the Derby Museum have partnered to open an exhibit to remember the history and involvement of African American jockeys.

When fans and tourists visit the Derby Museum, they'll get to tour a new exhibit recognizing the history of Black horsemen.

Harbut spoke to me about being a third-generation horseman and that his grandfather who worked with Man O’ War which many say is one of the greatest horses of our lifetime.

Daniels spoke about the importance of having the exhibit. He said he's extremely proud to know people who visit the museum will now see and hear history that for so long was ignored now has its own place in the museum.
.
The exhibit is on the first floor of the museum and features artifacts, artwork, oral histories and the many untold stories about the contributions of Black horsemen from owners, trainers, groomsmen to jockeys.

The exhibit officially opens to the public on Monday, March 29.

The Kentucky Derby Museum is located on Central Avenue right next to Churchill Downs.