His horses Charlatan and Gamine both tested positive for lidocaine after winning in Arkansas this May. 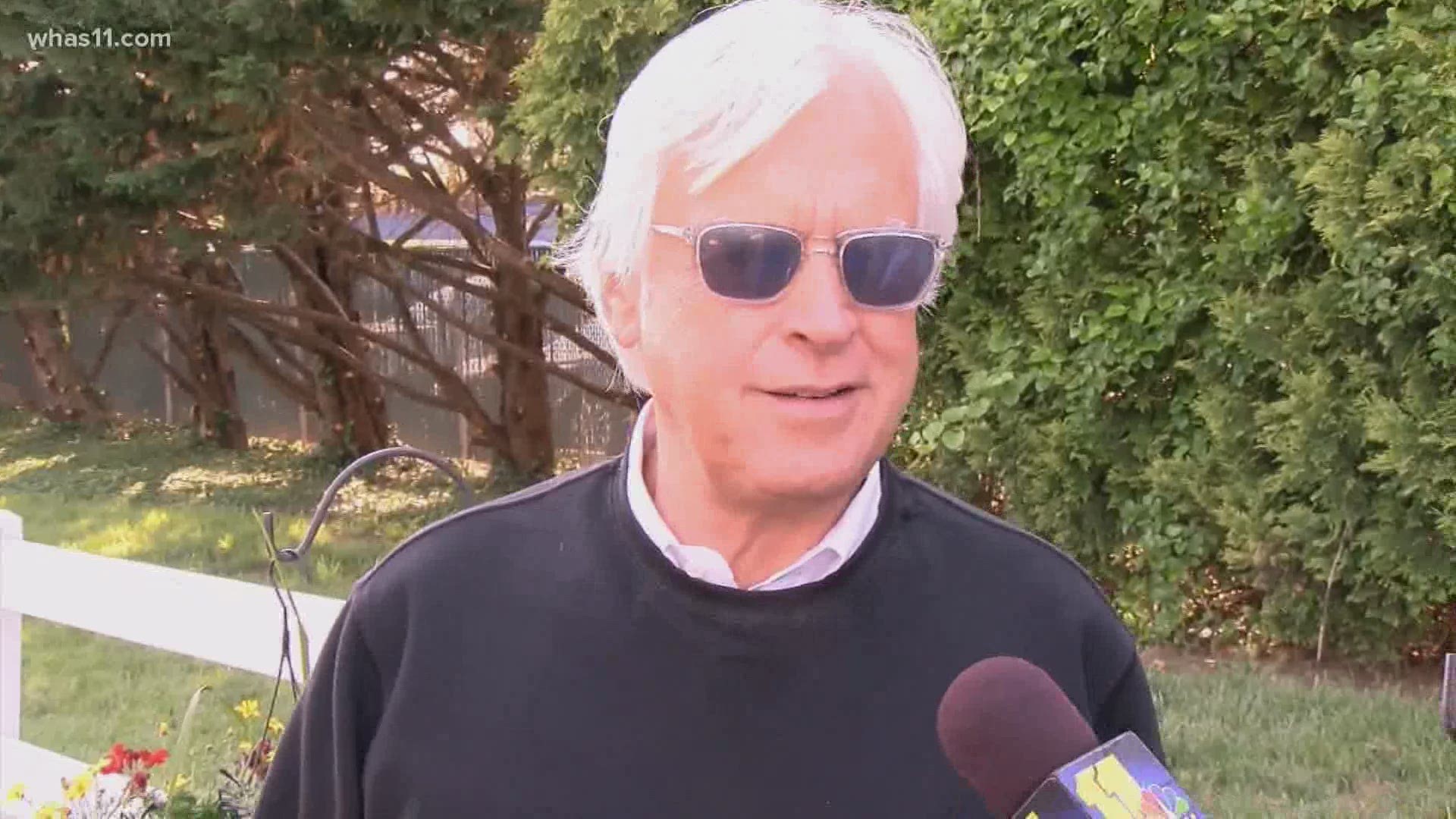 LOS ANGELES (AP) — Two-time Triple Crown-winning trainer Bob Baffert has been suspended for 15 days by the Arkansas Racing Commission after two of his horses tested positive for a banned substance.

The commission says in a ruling that the suspension runs from Aug. 1  to Aug. 15. It said Baffert violated a rule that states that a trainer shall ultimately be responsible for the condition of any horse that is entered regardless of the acts of any third parties.

Baffert's horses Charlatan and Gamine both tested positive for lidocaine in two rounds of testing after winning races at the Hot Springs, Arkansas, track on May 2.

According to ABC News, Baffert said that he believes both horses were “unknowingly and innocently” exposed to lidocaine by one of his stable employees.

The employee had broken his pelvis and was suffering from back pain in the days leading up to May 2. He applied a pain relieving patch, which contained small amounts of lidocaine, according to Baffert’s statement.