'This is not the first time': Bob Baffert's history of failed horse drug tests 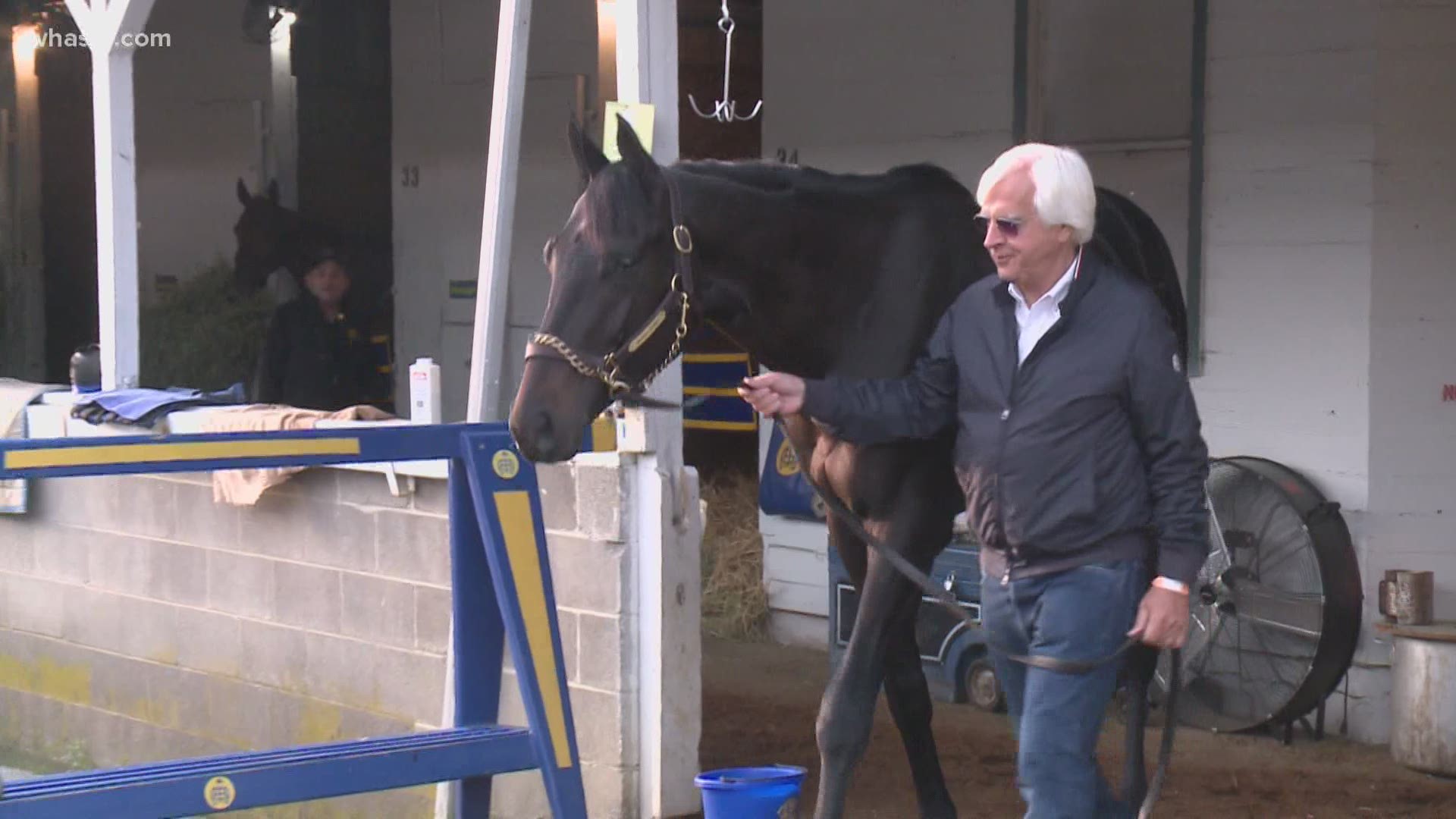 The racetrack said Baffert cannot enter any horses at Churchill indefinitely as it awaits the conclusion of the Kentucky Horse Racing Commission's investigation.

"Failure to comply with the rules and medication protocols jeopardizes the safety of the horses and jockeys, the integrity of our sport and the reputation of the Kentucky Derby and all who participate," the track said in a statement. "Churchill Downs will not tolerate it."

This is not the first time Baffert has been suspended due to failed drug tests. In the past year alone, the seven-time Derby winner has had to answer for five failed tests.

Like the betamethasone found in Medina Spirit's blood, lidocaine is legal. Officials said it is regulated because it can act as a masking agent.

Baffert also said he believed both horses that tested positive in May 2020 were "unknowingly and innocently" exposed by an assistant who applied a patch while suffering from back pain. His suspension was dropped after an appeal.

This time around, Baffert was adamant Medina Spirit was never treated with betamethasone, though the test found 21 picograms of the drug —  double the legal threshold in Kentucky racing — in his blood.

"Whether or not you can fairly say this gave Medina Spirit an unfair advantage, I don't know," said Marty McGee of Daily Racing Form. "It was picograms, which are trillionths of a gram that were detected in the system. Nonetheless, again this is not the first time this has happened to Bob and it's quite unfortunate."

Less than a year before Baffert's suspension from Oaklawn, the New York Times reported 2018 Triple Crown winner Justify had failed a post-race drug test after winning the Santa Anita Derby before winning the Kentucky Derby.

Officials later said the positive test was linked to a shipment of feed several horses based at Santa Anita Race Track consumed. Many of those horses tested positive for the same drug, and officials said it was not intentional.

Baffert is one of the most famous names in horseracing, saying Sunday that he "got the biggest gut-punch in racing for something I didn't do."

Medina Spirit would be just the second drug disqualification in Kentucky Derby history. Dancer's Image was the first to cross the finish line in 1968, but tests indicated the colt was given an illegal anti-inflammatory drug.

Baffert said he will fight results and said his team would "prove to them it was contamination."

"We know for certain that we did not give him that," Baffert said Monday. "We all know it’s a contaminant level and that’s the issue here. I’ve seen this over and over...it’s unfortunate that it happened at the Kentucky Derby — it's the most prestigious race, and it’s crazy a horrible feeling. I just feel for the horse, it’s not right...we’re gonna fight this all we can."

Medina Spirit is still scheduled to run in the Preakness Saturday, along with Baffert's other contender Concert Tour. The process to confirm test results could take weeks.

RELATED: What is Betamethasone? Here's what experts say about the drug found in Medina Spirit