The club topped the Washington Spirit at home thanks to two second-half goals. 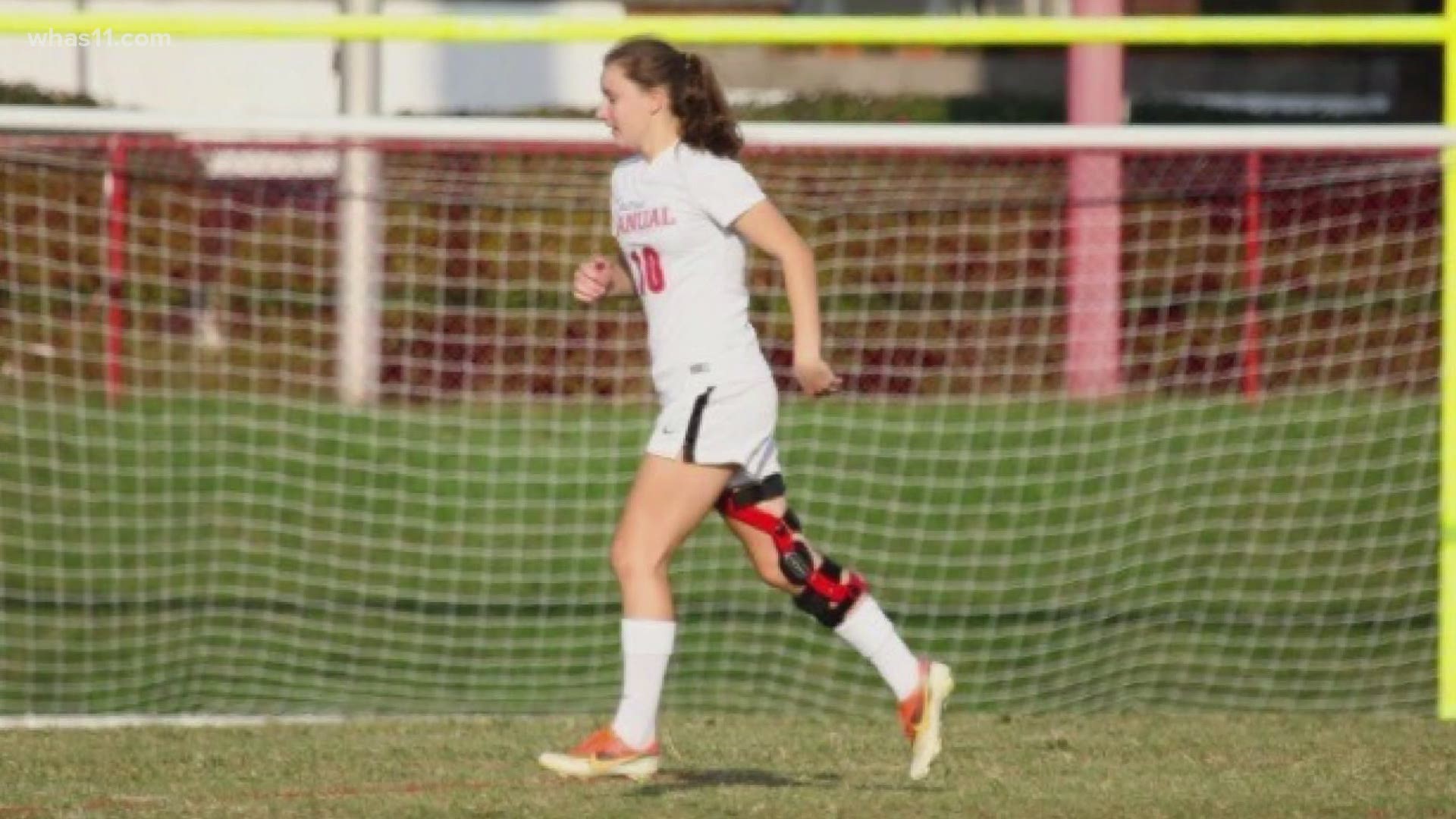 LOUISVILLE, Ky. — Louisville native, Emina Ekic, approached the box, cut back to her left and fired. Family, friends, former teammates and even some in Australia were watching.

And they, along with thousands in attendance at Lynn Family Stadium, saw the ball bend into the upper corner of the net for her first professional goal, lifting her hometown club in Racing Louisville FC to its first-ever victory.

"I don’t know how to explain the emotions," Ekic said. "It was incredible. I was relieved, excited, hyped and borderline in tears. It was a rush of so many emotions. It was an amazing feeling."

It was just one in a night nobody will forget in the history of the new club: A 2-0 victory over a Washington Spirit team that topped Racing 1-0 in the NWSL Challenge Cup series. Ekic even assisted on the second goal, as Cece Kizer found the back of the net for the third time across Challenge Cup and regular season competition.

“Quite honestly, we have seen that week in and week out from Emina," Racing Louisville FC head coach Christy Holly said. "It is not terribly surprising once we saw her in that position. We see her continually creating that and we are very proud of what she has done.”

"Before the game, we were talking about how we wanted to see the lights tonight because it was a late game and we could actually see it when we scored the goal," Ekic said. "The second I scored, everyone was around me and the lights went off. It was so loud, but quiet at the same time because it was so loud I could not hear anything. I was just in the moment. It was awesome. Our fans were incredible.”

Cece Kizer makes it 2-0 Racing Louisville off of an assist from Emina Ekic. And Lynn Family Stadium is ready for the first win in franchise history. pic.twitter.com/zBm1yx9evs

"Cece Kizer is playing out of position, scoring goals and making a name out of herself," Holly said. "We are so excited. The hardest part about soccer is in the final third where there is a little bit of flair and creativity. That comes by tendencies of each individual player. The more we play, the better the understanding becomes, the more we will see these moments come to life in the game."

It didn't look like Racing could quite finish those moments until Ekic subbed on and did it in the second half. The club kept the game scoreless yet again though to stay in it, clinching its third straight clean sheet thanks in part to a standout performance from goalkeeper Michelle Betos.

"Michelle made some fantastic saves today," Holly said. "We are very excited for her to get the recognition that she deserves. Quite frankly, every clean sheet is a team clean sheet, top to bottom. Sometimes, it is different players that we are relying upon. We know that Michelle is the one we can always rely on."

“The team’s working," Betos, who earned Woman of the Match honors, said. "We pride ourselves from front to back on defensive effort. Obviously, when we’ve given up goals, we’ve been really disappointed. I think we have a strong back line, but we defend ourselves front to back. We’ve done a lot of work."

And so has the hometown hero who lifted Louisville to three points. Ekic has not started the past two matches. But the magic she produced to get on the board and even contribute to another goal showed what the rookie is capable of doing.

“Emina’s been incredible," Betos said. "If you look at her career from, what I know of it, she’s probably never not been the best player where she is, and to come make this jump into the environment is a big adjustment for people. They go from being the best player to being one of 10-20 best college players.

"I think she’s done it with grace. I think she’s done it with a great head on her shoulders. All she wants to do is learn and work harder — get better. One of the first days, I really ripped into her and she said, 'Thank you. I’ve really never been challenged.' I love this kid. You see it paying off. The kid is talented. There’s no doubt about it."

"It is hard to play here," Ekic said. "There are so many great players. Honestly, I wanted to adjust and adapt. Coming in, I wanted to get a feel for everything. I feel like every day, every week, I am step-by-step growing and getting better, more comfortable and taking on more risks. I have great coaches and a support staff that are guiding me in the right direction and making me better every day. I have great teammates who push me, demand more from me and demand specific details."

For one night, those added up to a local product adding to her legend and a new club savoring its first win, while focusing on the next one.

“I think we’ve been so close so many times," Betos said. "It’s early on in the season, but game two, to get a win against Washington and a win at home, there are no words. I was excited, but again, it’s moment to moment."

"The more we focus on the win, the more we become distracted from the process that we are in," Holly said. "I guess from a public standpoint, it was nice to get the win. Everybody enjoys the wins. But for me as a coach – maybe I am too needy – I need to make sure that we are getting better day in and day out because we want to be in the conversation every day of the week.”